Post-pandemic, we’ve entered the era of total surrender, ferality, and delusion. As we continue exchanging societal norms with unapologetic liberation, why not throw abandoning our feelings of embarrassment into the mix?

Is it me, or does a new personality shift seem to be rearing its head almost every week since restrictions started easing and we somehow found ourselves in a post-pandemic world?

It isn’t all that surprising given how mentally drained we are in the face of ceaseless bad news. So we shouldn’t really blame ourselves for succumbing to the steady rise in nihilism, anti-hustle culture, ferality, surrender, and delusion that’s taken over the internet recently.

Yet while many of these trends encourage us to reject what we’ve been taught and ‘give up’, none have gone so far as to rewrite the rules entirely.

This is where our next era of liberation comes in, one that’s making us question why we even thought it necessary to behave otherwise in the first place.

What is it, you ask? If you’re familiar with the oft-shared meme of a cow looking out to sea alongside the words ‘I am cringe, but I am free,’ you may know.

It’s about abandoning our feelings of embarrassment, owning our awkwardness, and just letting other people do their thing.

These days, being ‘cringed out’ – whether it’s towards your own actions or someone else’s – is pretty unavoidable.

For me (regardless of how hard I try to supress it), it surfaces most aggressively when I say something without thinking, when I’m left on read, or when I fall over in public.

For you, it could be triggered by anything from unwillingly participating in a conversation with your parents about sex, accidentally liking your ex’s Instagram post, getting tongue tied ordering a coffee, or having to run for a bus.

Clearly, cringe is everywhere. So why on Earth are we so consumed by it?

It’s likely a result of social media and the ever-present possibility of being surveilled, which has done nothing but heighten our levels of self-consciousness throughout the years.

Collectively at fault for buying into this inherently toxic narrative, if we aren’t obsessively curating or censoring what we upload to prevent judgemental comments, we’re hiding behind our screens and quietly criticising those with enough confidence to be unapologetically themselves. 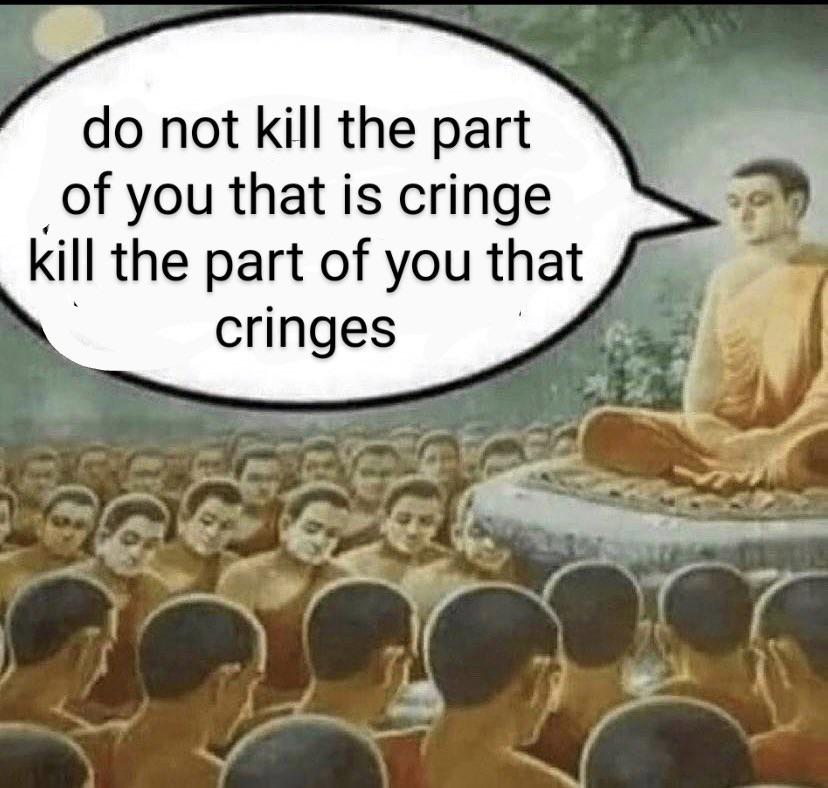 If you can hand on heart say you’re exempt from this, I admire you.

Now, I’m not claiming that being hyper-aware about how you present yourself is wrong.

In fact, like all emotions, shame was once essential to our survival as humans – it helped us belong.

‘Shame means we work cooperatively,’ podcaster Cate Campbell tells Vice. ‘If we didn’t have it, we’d all run around killing each other. Because we expect to be judged by groups of people, we try to avoid being judged and want to be part of the team.’ Goblin mode: a rejection of the self-improvement movement

What is an issue, however, is when embarrassment stops us from going about our ordinary and necessary business.

Unfortunately, endless periods of isolation have made us more susceptible to this, because if we were concerned about how ‘uncool’ we might’ve come across as before, missing out on practice and maintenance of face-to-face interaction has made us increasingly socially anxious.

‘Our sense of cringe has been heightened to truffle-pig levels of sensitivity,’ writes Kaitlyn Tiffany for The Atlantic. ‘We can sniff out the tiniest flaws in someone else’s public performance, dig them up, share them around. We’re connoisseurs of cringe. Maybe we’re even gluttons for it.’

Confronted with this understanding that there’s no escaping it, therefore, it’s time we flipped our perspective of cringeness on its head and recognised that it isn’t actually that bad.

Especially if you embrace it with full force by learning to accept yourself, cringey sides and all.

This gets a lot easier when you bear in mind that people genuinely don’t care as much as you think.

Take Julia Fox, for example, who’s so at one with herself that her unabashed weirdness has become deeply fascinating and intriguing. Or Amelia Dimoldenberg, who’s built a career on making guests on her Chicken Shop Date show feel excruciatingly awkward, which has audiences repeatedly hooked.

Both are total icons in the realm of vicarious embarrassment.

Oh, and affirming what popular culture’s been trying to tell us, multiple studies have upheld that being vulnerable can make you more likeable and that people who outwardly express their embarrassment are deemed more trustworthy.

As we emerge from the disastrous hellscape that’s been 2020-2022, let’s keep reminding ourselves that life’s too short and that if we’re all going to be judged no matter what, we might as well be as cringe as we damn well please.

‘No matter how hard you try to avoid being cringe, you will look back on your life and cringe retrospectively. Cringe is unavoidable over a lifetime. Even the term cringe might someday be deemed “cringe”.’

By no means a Swiftie myself – to be candid I probably would have been happy droning on about how cringe I find her music prior to writing this – I wholeheartedly agree.

Because to be cringe is to be truly free.