As we enter the pandemic’s third year armed with fears of another world war, many have given up on the prospect of bettering themselves, choosing instead to embrace the comforts of lethargy.

During the early days of coronavirus, the public’s approach to lockdowns was more or less split in two.

There were those of us with enough aspiration to channel our abundant newfound time into ditching toxic habits and embracing ones that’d rebrand us as having our shit together.

Then there were those of us who revelled in the opportunity to hibernate and slip further into the hazy safe space of doing nothing at all.

The former, popularised by an aesthetic TikTok trend known as #ThatGirl (which, to date, has amassed a staggering three billion views), saw the enthused among us go self-improvement crazy.

This involved waking at the crack of dawn to exercise, ten-step skincare routines, weeks spent studying the benefits of mindfulness, meditation, and manifestation before putting them into practice, as well as the adoption of not one, not two, but several hobbies we’d later completely forget about. 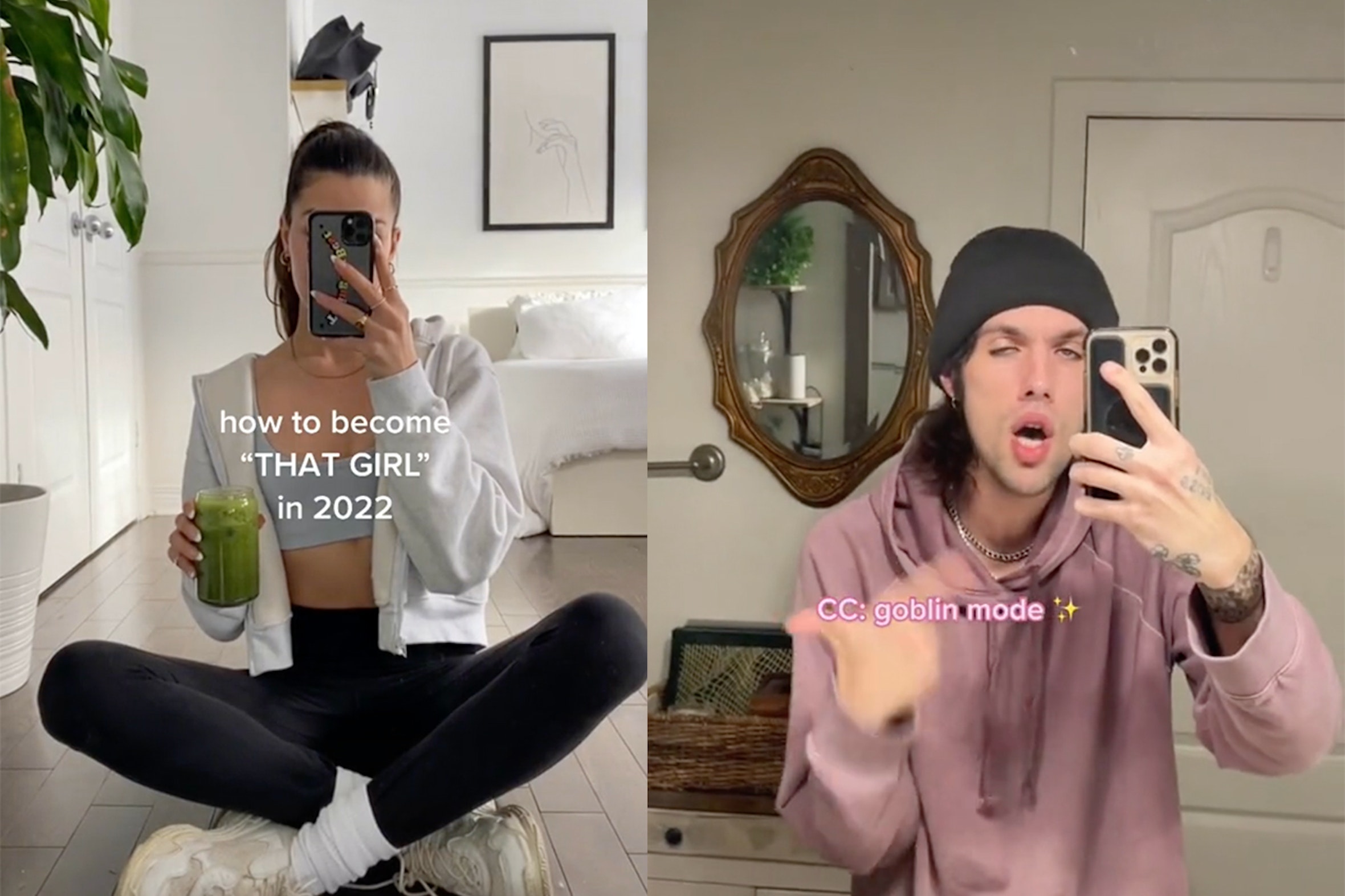 For a lot of us, this was in addition to a full work schedule and the socialising we were forced to do through our computer screens.

I’ll admit, even the sheer act of writing that sent me spiralling into a pit of despair. I questioned whether or not I was doing enough with my 24 hours, even though everything I just listed isn’t inherently bad.

In fact, most mental health experts would tout these lifestyle changes as the key to optimum wellbeing. Health is wealth, of course.

But when they’re compiled under the guise of aspirational content, they become an extension of the girl boss-type hustle culture that’s been rife online these past few months and that, my friends, is when it gets absolutely bloody exhausting.

‘The ‘that girl’ aesthetic is the archetype of ideal femininity,’ says @horrible.glitter. ‘It makes us feel guilty for not living up to digitally-set standards of what living one’s best life should look like. Plus, how ​‘pure’ can your content really be if you’re perpetuating a cycle of materialism and waste in the process?’ 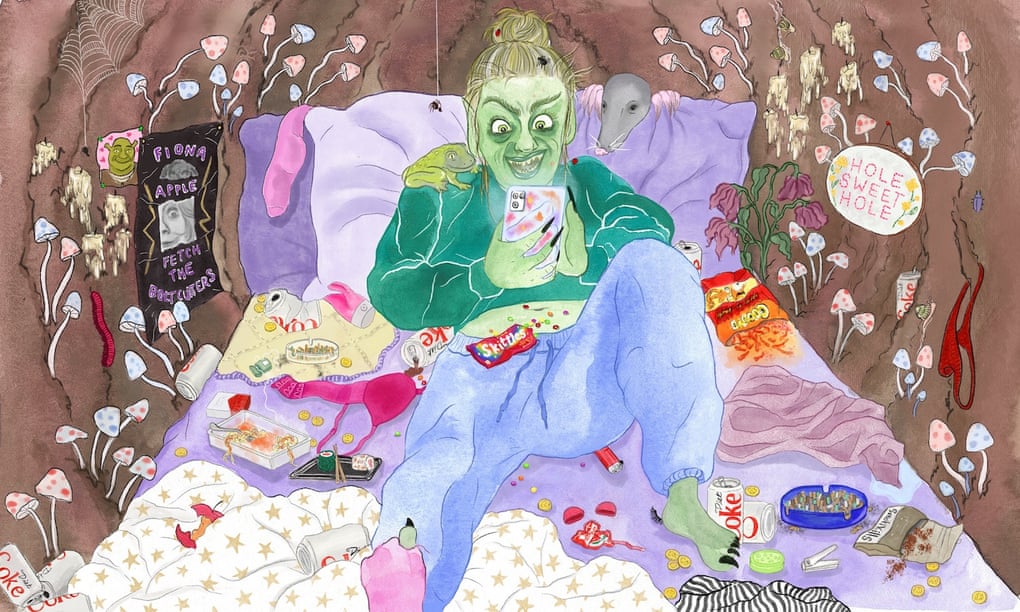 On this note it’s no wonder really that an increasingly mighty rebellion against this has emerged.

One that embodies our collective fatigue towards a pandemic that’s lasted far longer than we ever expected it to and the bleak realities of both an impending major war and the demise of our climate.

A descendant of the directly opposite state of mind the other half chose to embrace in isolation over the prospect of bettering themselves, ‘goblin mode’ is the ultimate antidote to green juices whereby giving up is self-care in its rawest form.

‘Goblin mode is like when you wake up at 2am and shuffle into the kitchen wearing nothing but a long T-shirt to make a weird snack, like melted cheese on saltines,’ says ‘real-life goblin’ Dave McNamee.

He explains that the term (which only recently entered the zeitgeist) aptly reflects depravity’s comforts: rolling out of bed for snacks and snacks alone, scrolling endlessly through social media, bingeing entire Netflix originals in a single sitting, and emerging – squinty-eyed – from the house with the sole purpose of stocking up on, you guessed it, more snacks.

What was that Kim K? ‘Get your ass up and work?’ No thanks.

Inherent to the phrase is the idea that it can be switched on and off, ‘goblin mode’ is not a permanent identity, rather an adaptable, gleeful kind of nihilism that’s completely open to interpretation. Today, it’s equally as ingrained into our vernacular as #ThatGirl, oh how the tables have turned.

‘I think it’s the kind of energy that we’re giving in 2022 – everyone’s just kind of wild and insane right now,’ finishes Dave. ‘At home there’s no social pressure to follow norms, so you sort of lose the habit. There’s also a feeling that we’re all fucked, so why bother?’

Freeing, to say the least. Here are the signs you’re deep within its clutches. As the energy crisis in Britain continues to soar, many have spent the last few months contemplating how to afford staying warm this winter. Lydia Millen is not one of them. In the last two months alone, the UK has seen ‘the average energy bill cap’ double, the National Grid warning of imminent power blackouts to conserve energy, and the country opening the doors to its first...