In the age of 24-hour news, we’ve never been more aware of the appalling events taking place across the globe every day. Faced with ceaseless negative content that no longer seems to shock or arouse indignation the way it used to, are we gradually losing our capacity to react?

Unless you’ve mastered the art of switching off and are consequently one of the few with a below-average screen time (people generally spend close-to seven hours on their phones and computers every day), likelihood is you’ve experienced the overwhelm that goes hand-in-hand with being perpetually connected online.

In the digital age of 24-hour news, being attuned to the goings on of our world is commonplace.

Not only are we privy to the most intimate details of what anyone with a platform is doing at any given moment, but escaping the unremitting influx of appalling events taking place across the globe has become an all but impossible feat.

Regardless of how hard we try to distance ourselves from negative subject matters with muting features on social media or personally allocated limits to the time we spend tapping away, it’s never been more challenging to be out of the loop.

Of course, for Gen Z in particular, a cohort of young people innately dedicated to causes with the potential to generate change, staying up to date is of great importance. 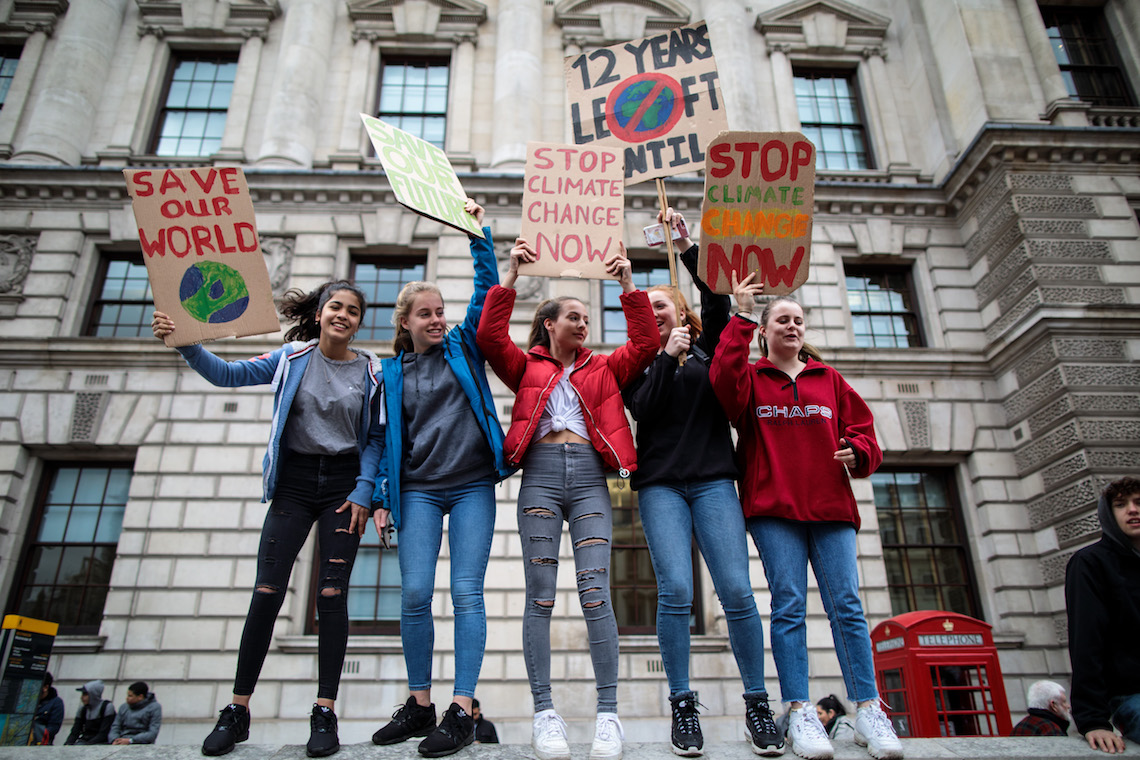 And the internet has allowed for both the expansion of our knowledge and for likeminded individuals to form communities that focus on raising awareness about major issues.

As with most good things, however, this constant omniscience has a dark side.

Pre-pandemic, the well-informed among us were susceptible to emotional responses towards, say, stories on the demise of our planet (which themselves have triggered a new wave of mental health conditions such as eco-anxiety). In 2022, we seem to be feeling nothing at all.

This is called compassion fatigue, a term first coined in the 90s by desensitised medical workers suffering from over-exposure to trauma.

Today, it’s characterised by our collective exhaustion in the face of ceaseless tragedy that no longer seems to shock or arouse indignation the way it used to. 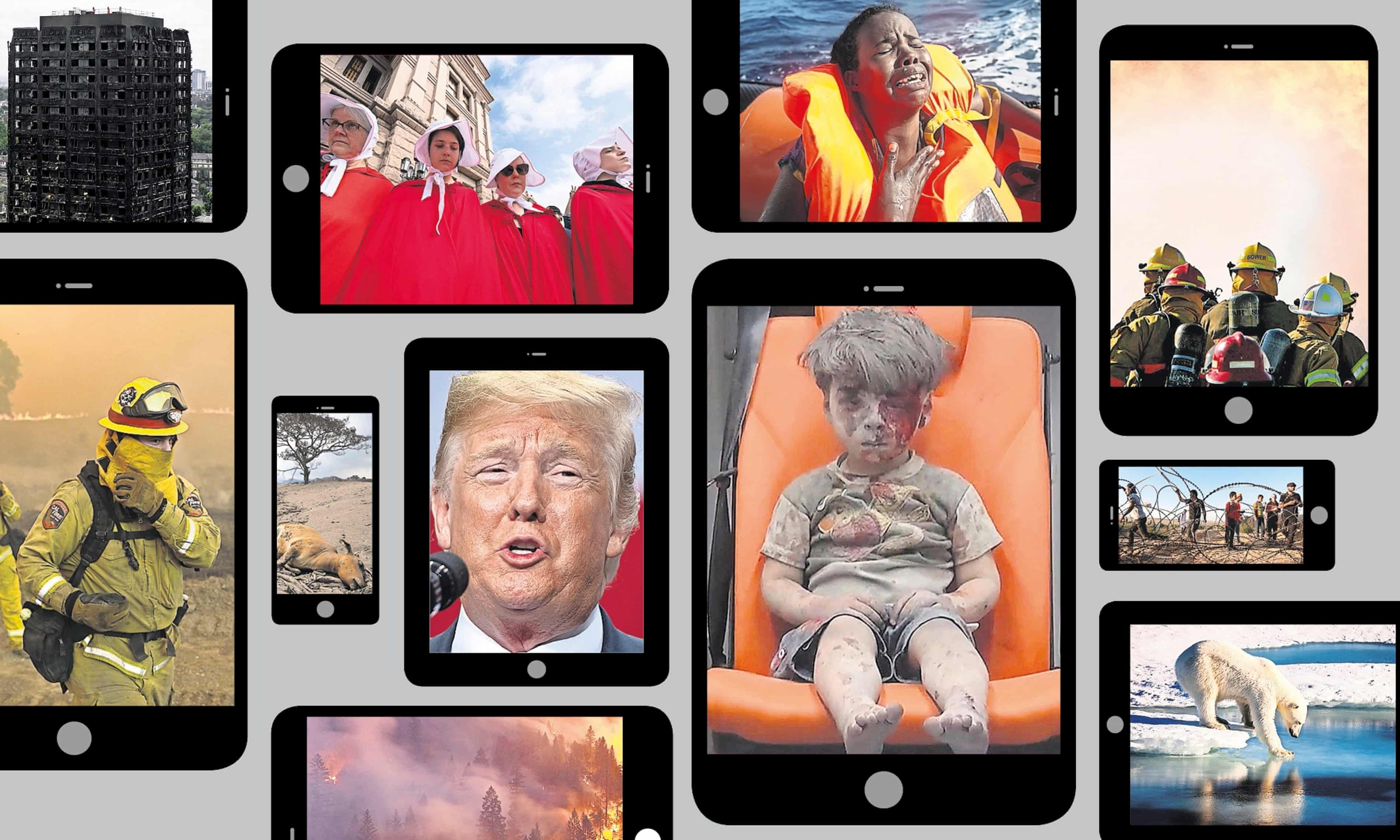 In fact, according to a study conducted by the University of Michigan in 2000, ‘students are about 40 per cent lower in empathy than their counterparts of 20 or 30 years ago.’

Now imagine what that figure must be more than two decades later.

Frequently saturated with tales of racial injustices, political polarisation, natural disasters and not to mention distressing scenes of incidents that we unfortunately have little control over, our ability to empathise is diminishing and we’re losing our capacity to react.

‘Compassion, stretched to its limits, is going numb,’ writes Susan Sontag in her 2003 essay, Regarding the Pain of Others.

‘An unstable emotion, compassion needs to be translated into action, or it withers. If one feels that there is nothing ‘we’ can do, then one starts to get bored, cynical, apathetic.’ Take the current situation in Ukraine, for example, which is representative of how potently the phenomenon has permeated our psyches.

Those watching the war from afar are reporting that they’re feeling powerless to such a degree that it’s become debilitating.

Yet the way they’re consuming the material is so fleeting, so superseded by the countless other videos they’re viewing simultaneously, that any initial sincere reactions are lost to their voracious appetites for content. To put this into perspective, since Russia began its invasion almost two months ago, TikTok has been inundated with livestreams of explosions, refugees calling for aid, and harrowing clips of Ukrainians fleeing to the sounds of air sirens.

But despite the evident solicitude-inducing nature of such footage, users will often swipe past, too accustomed to seeing palpable horror one minute and trends, parodies, or tutorials the next. 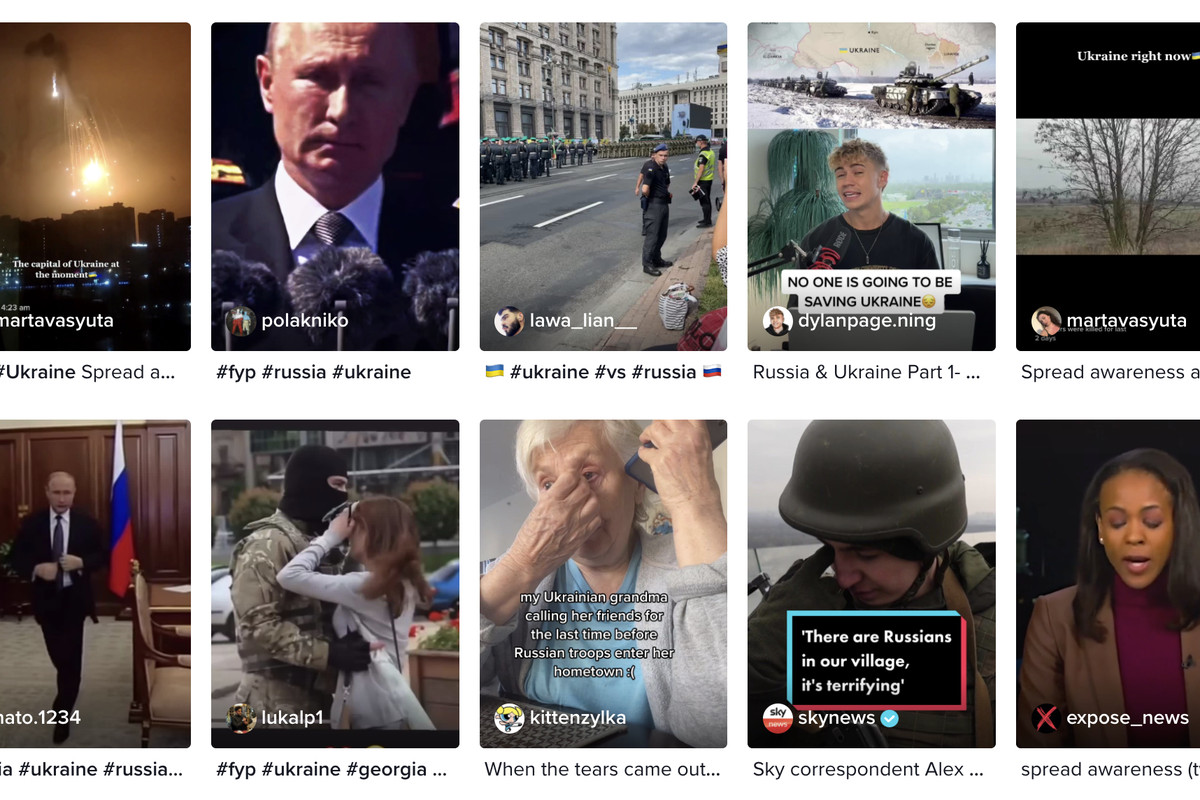 Arguably a direct result of our freedom to access absolutely anything at the click of a button (as well as the entertainment industry’s continuous withdrawal in terms of what it deems too violent or too graphic), this has amounted in the trivialisation of what should spark a response.

Rather, we aren’t phased. And that’s when we begin to memeify, resort to dark humour, or treat serious domestic abuse cases like true-crime docuseries.

It’s also why we have a tendency to be inherently vocal on echo chambers such as Twitter the second news of something awful breaks before going radio silent and moving onto discussing buzzier topics.

‘Nowadays, the media displays genocide, pornography, and murder on rotation. The constant bombardment of information makes it hard for this generation to emotionally comprehend the magnitude of all this information,’ says Charles Chaffin, author of Numb: How the Information Age Dulls Our Senses and How We Can Get them Back.

‘They process quicker, which means they have to decide how they feel quicker. Think about how quickly we need to form an opinion now. Maybe we don’t emotionally process as well as we should. We’re just not designed to have that constant exposure to suffering and stimulation.’

i think why gen z is so desensitized to traumatic events is bc they would shove down the 9/11 footage and clips down our throats. they really had us 7 year olds watching ppl jump out of a window LIKE ??? did they not see an issue with that?!

Ultimately, when we live online and the internet is a feed of relentless disaster and dread, it’s easy to burn out.

This is especially concerning because studies have shown that vicarious trauma can have serious consequences and is associated with acute stress and post-traumatic stress symptoms.

The reason it’s necessary to recognise this is not simply for selfish reasons, or as a reminder that ‘we need to practise self-care,’ but because when compassion fatigue sets in, it can impair our capability to help and make us lose sight of the scale of the devastation occurring.

Though with no end to the cycle in sight, the best thing we can do is try to be mindful and disconnect as often as possible to avoid completely disconnecting ourselves.

Else we succumb to the numbness and the platforms reliant on the reality that bad news sells uphold profiting of our doom scrolling.