Harry Styles’ long-awaited cosmetics brand just dropped a psychedelic-inspired collection. Aesthetic visuals aside, there may exist a wider issue with the way these products are being marketed.

Whether we like it or not, psychedelics are having their moment.

Permeating both mainstream media for their extraordinary medical potential and our social media feeds as young people struggling with mental health conditions increasingly look into them for personal development, hallucinogenic drugs are all the rage in 2022.

That’s in spite of the legal complications that still pervade them, as well as prevailing public stigma surrounding their use.

On this note, with popular culture a direct reflection of the times, it makes sense that the beauty industry would be jumping to conjure the vibes of liberated hippies who spent the 60s exploring new states of consciousness and capitalise on the resurgence of these substances. 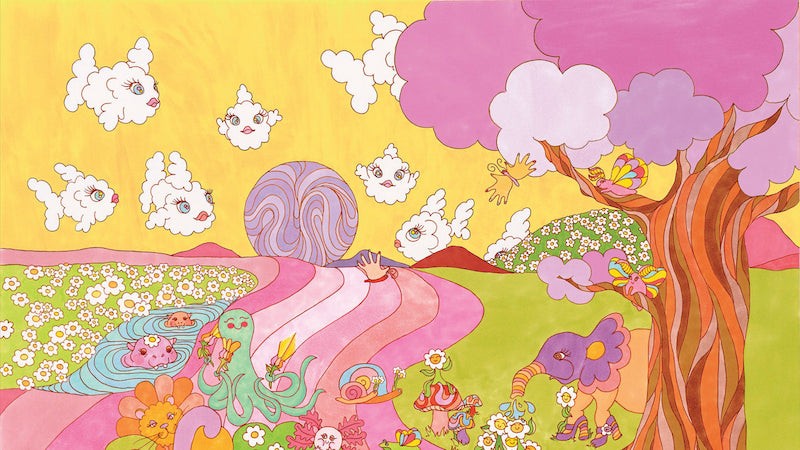 Not for their mind-altering affects per se, rather the rising popularity of the dopamine-inducing, kaleidoscopic visuals we typically associate with LSD, magic mushrooms, and DMT.

Yet, while we’ve already witnessed fashion’s foray into this renaissance with last year’s trippy runways a flurry of bright colours, fantastical prints, and entire collections dedicated to the very compounds themselves (not to mention the 70s obsession of the stylish TikTok generation), beauty’s entry into the world of psychedelia hasn’t been quite so all-consuming.

More a toe dipped in the water than a full-blown dive. Well, until today that is.

Following the CBD craze that’s seen cult skincare and cosmetics companies from eos to Revolution eagerly tap into the hype towards this buzz-worthy ingredient, renowned for its antioxidant and anti-inflammatory properties, an assortment of brands have turned their attention to the Class A realm as of late. In particular, Pleasing by Harry Styles, the singer’s long-awaited beauty venture, which just dropped Shroom Bloom, an aptly titled variety of psych-inspired products advertised to us through our screens with images reminiscent of The Beatle’s iconic Yellow Submarine video.

These include a ‘Lucid’ Overnight Serum labelled ‘Acid Drops,’ the undeniably provocative colloquialism of which has prompted many to question the industry’s role in glamourising and potentially trivialising recreational drug culture with its marketing.

Namely due to Styles’ primarily underaged fanbase, amassed during his 1D days and now coveters of his quick-to-sell-out range of nail polishes.

However, Styles isn’t the only one in the firing line, with Estée Laundry – the anonymous Instagram collective that’s been holding beauty to account since 2018 – having recently called out Milk Makeup for ‘weedwashing.’ 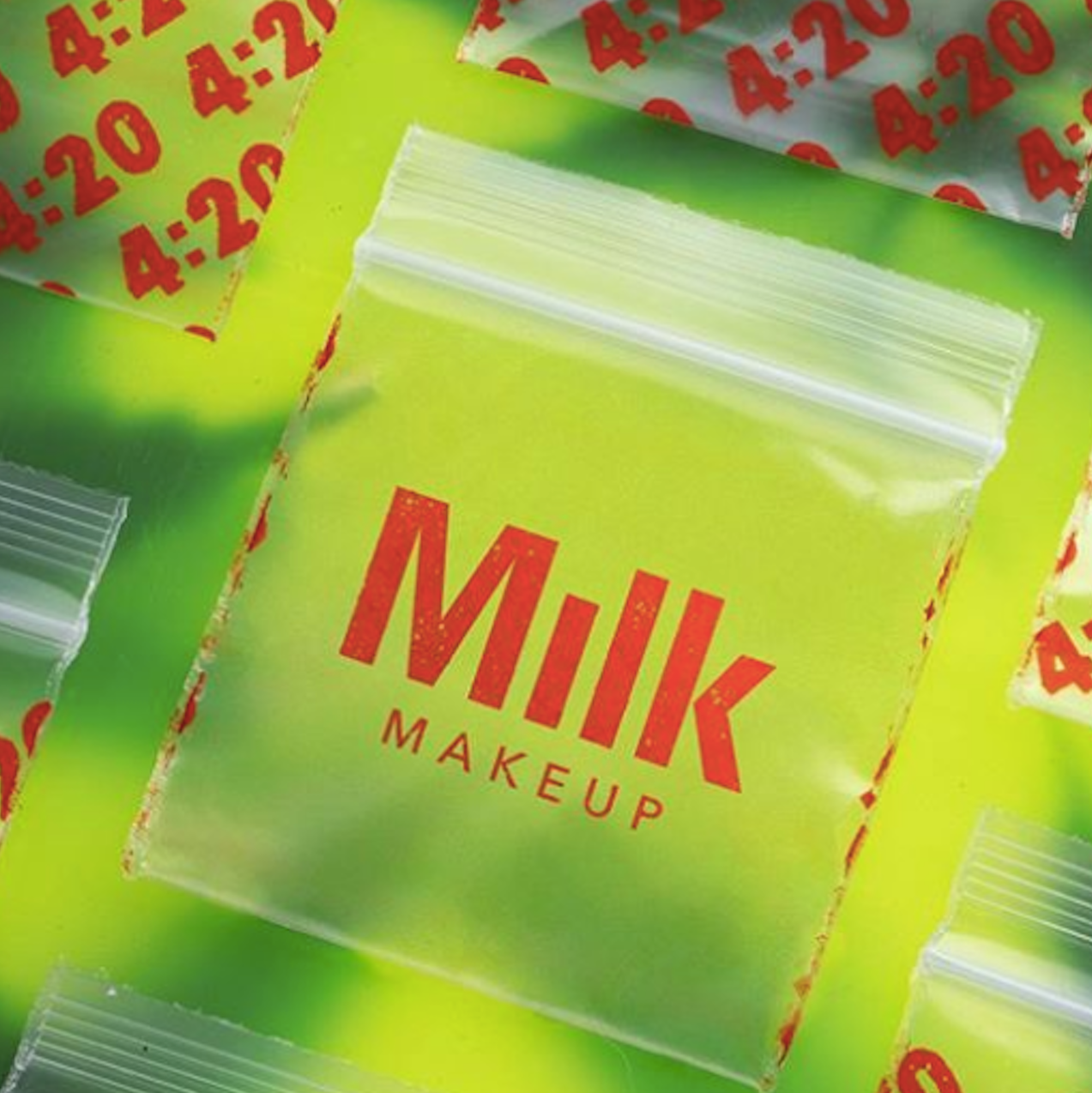 Essentially, in an effort to push its ‘Kush’ lip balms, ‘puff puff brush’ mascaras, and ‘hiiigh volume’ brow gels, the company had started selling paraphernalia like clear plastic dime baggies printed with the numbers 4:20 and stamps in the shape of cannabis leaves for consumers to display proudly on their skin.

It’s somewhat unsurprising therefore that this raised a few eyebrows, arguably more problematic and far-reaching than Styles’ playful approach, but nowhere near as callous as Svenja Walberg’s 2019 ‘Lash Cocaine’ (which speaks for itself, really).

‘Youth culture and drug sub-culture have had shared roots in language and popular slang since the 60s, but it isn’t until recently that this slang has made it onto the shelves of commercial retailers,’ says Alexia Inge of Cult Beauty.

‘To differentiate amongst an abundance of new brands, marketeers will grab at anything that attracts free attention and will rinse the trend until it no longer works!’ 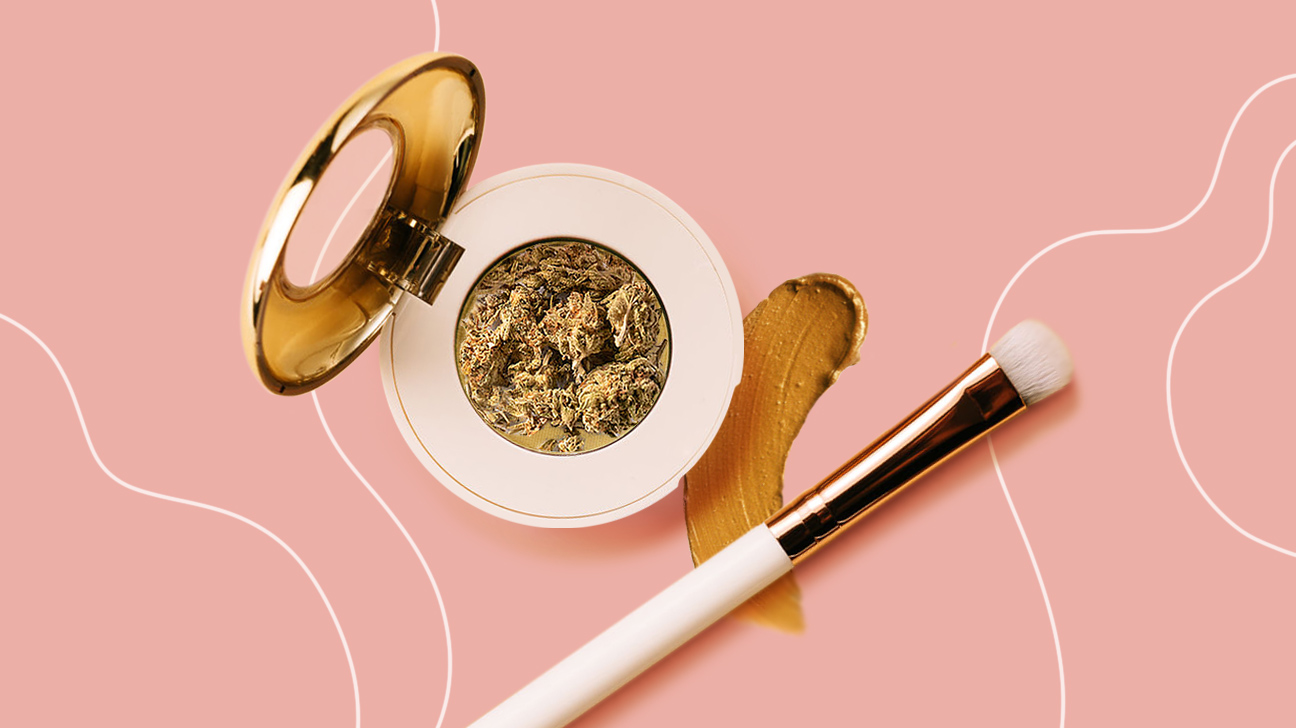 According to lnge, this can be attributed to a wider movement whereby beauty brands are being more vocal about their values and opinions in the digital age, peddling recreational drug culture as a means of positioning themselves among their ‘woke’ audiences.

‘By saying ‘we are like you, we are free, and unafraid of boundaries,’ these brands are sending a very powerful message, both to other brands and governing bodies, as well as consumers,’ she continues.

‘And as social media has become the vehicle for rebellious thought-share, we see more divisive, previously taboo products and ideas starting to come through.’

Of course, this kind of romanticisation is nothing we haven’t witnessed before. When ‘heroin chic’ was a desired ideal in the early 90s, Urban Decay switched up its offerings with a grungy overhaul and YSL’s best-selling fragrance is named ‘Opium’ after all. 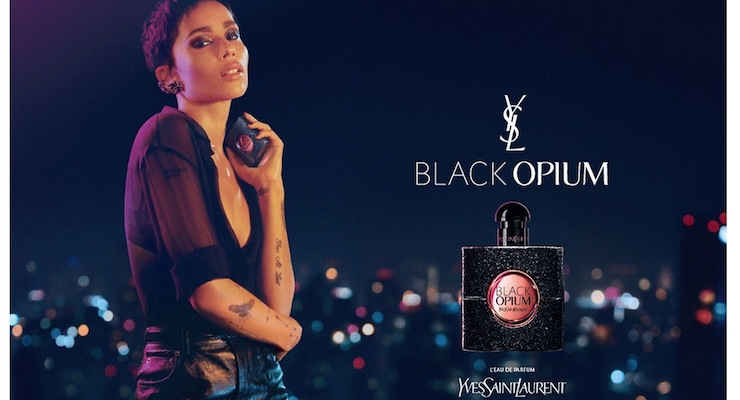 But it wasn’t until 2011 when this first triggered backlash, sparking a debate around the danger of normalising heavily addictive substances that are damaging to health in addition to promoting a market that abuses human rights.

‘Exposure to drugs in any form is a challenge for people in recovery,’ says Joe Griffiths of Hope UK.

‘It is very possible that an increasing use of drugs in beauty products can be problematic to someone in recovery. Plus it softens young people’s attitudes to drugs and makes them more likely to experiment in them – all dependencies start with someone trying something for the first time.’

On the other hand, advocates of beauty’s growing fixation with recreational drug culture deem it harmless, stressing that most examples of this are simply tongue in cheek and that stirring up controversy has – and always will be – a successful tactic with the sole purpose of driving sales. 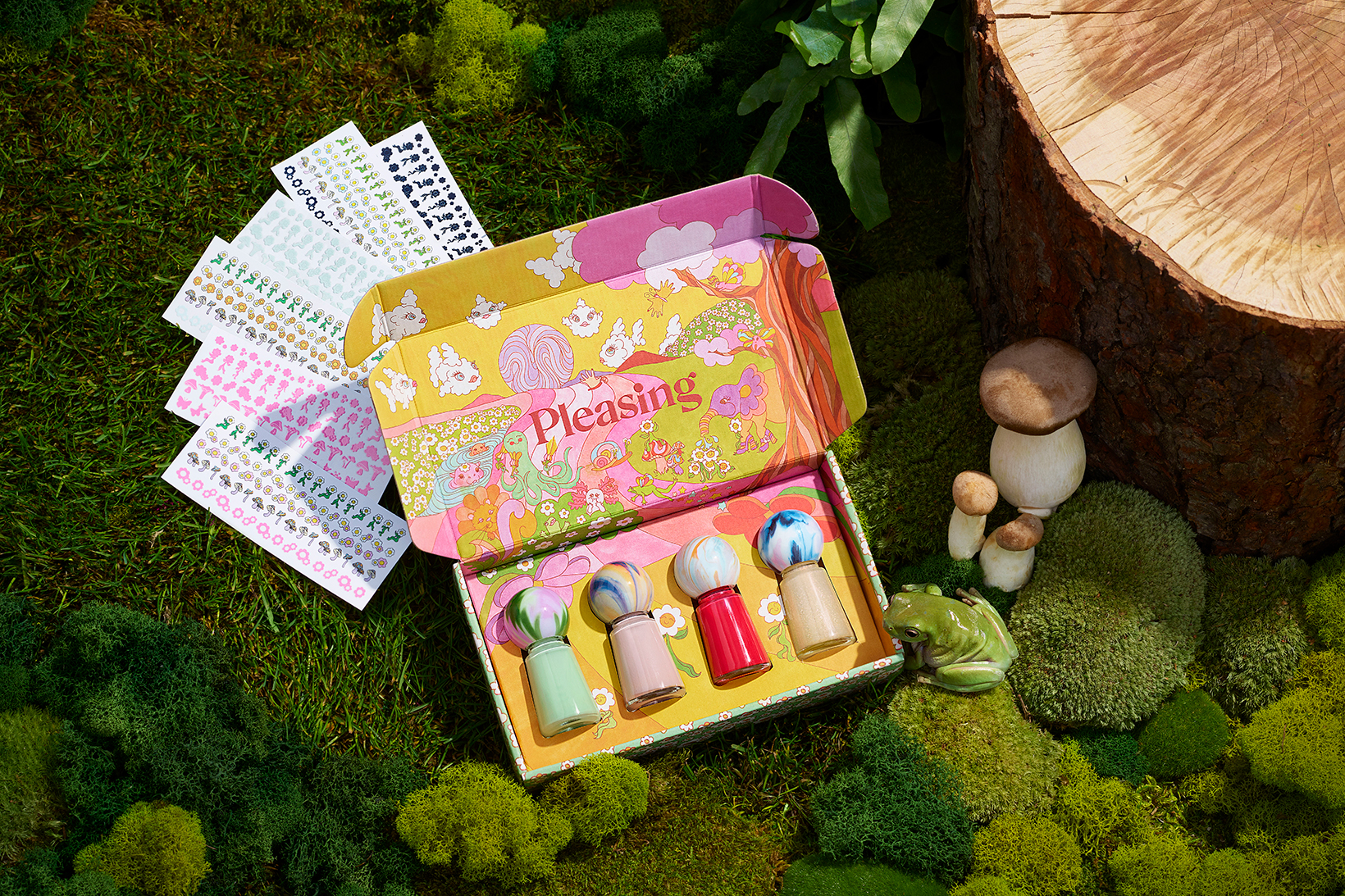 For this reason, they believe that our focus ought to lie elsewhere, especially given how prevalently drugs have featured in other creative fields throughout history, specifically film and music, both of which hold significantly more influence.

‘Spending time and money regulating this distracts from the real issues driving the youth of today to take drugs,’ finishes Inge.

‘This includes lack of education and jobs as well as a general feeling that they need to escape from the realities of the world. Policing drug references on beauty products is bound to be less effective at tackling drug use than funding proper education programmes and providing rehabilitation services.’

So, is this all a bit of innocuous fun that stays true to beauty’s ever-evolving integration with the rapid advancement of modern society or is it time we asked the industry to tone it down?