SmartWater – a technology that was originally designed to catch burglars and thieves – is being used by victims of domestic abuse, allowing police to prosecute harassers for restraining order breaches.

In the last year, around 2.3 million people in England and Wales have experienced domestic abuse, with around one in five of the UK’s reported homicides during that time allegedly related to this form of violence specifically.

The issue is thought to have been exacerbated by pandemic-induced lockdowns, which saw a 61 per cent increase in the number of calls and referrals to helplines between April 2020 and February 2021 alone.

For this reason – and in light of a recent report by the Centre for Women’s Justice which revealed that female survivors are being ‘irrationally criminalised’ by perpetrators across the nation –  the government has been working on a variety of measures to prioritise prevention, better support victims, and build a stronger system overall.

One such measure is the distribution of SmartWater, an innovative technology originally designed to catch burglars and thieves that’s now being used as ‘booby traps’ by police to catch domestic abusers who harass their ex-partners. 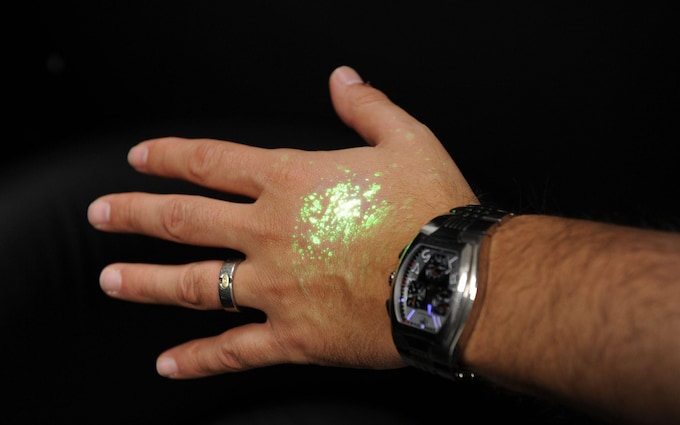 According to the Telegraph, eight forces are currently using SmartWater to create ‘safe’ houses, where any abuser who tries to enter is sprayed with the invisible liquid either through hidden devices or by the person they are harassing.

Because the substance stays on skin for up to six weeks and on clothing for much longer, police are able to follow up any alleged breach of a restraining or non-molestation order by shining ultraviolet light on the accused.

Doing this reveals a unique chemical tag which cannot be seen by the naked eye but that glows fluorescent yellow under UV lamps.

‘SmartWater is made up of a combination of rare elements that would never be found naturally anywhere else in the world,’ says Rachael Oakley. 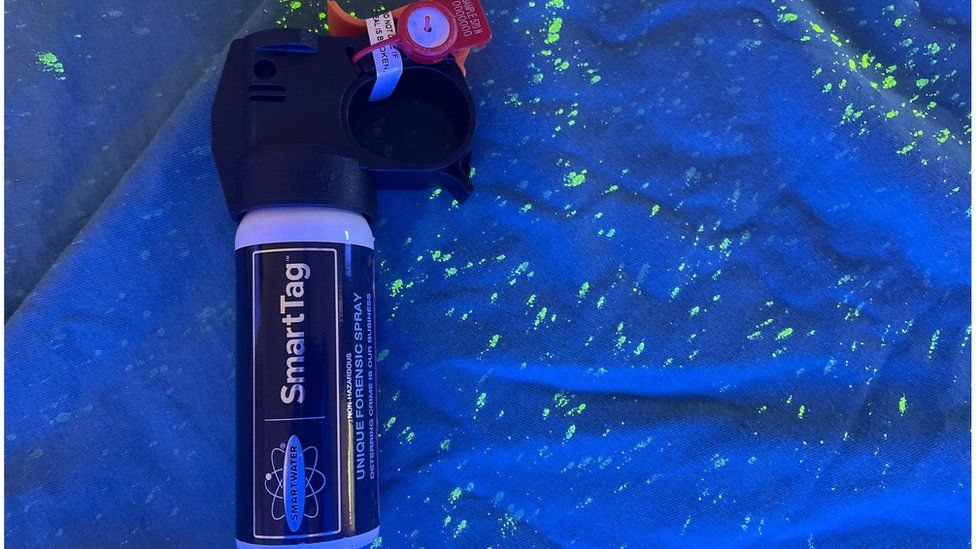 The director of SmartWater’s intelligence unit explains that there is no element of doubt when it comes to using forensic markings, unlike other deterrents, such as CCTV.

‘Every bottle has a different amount of those particles within it and each batch is unique, meaning we can tell categorically which batch of liquid is found,’ she continues. ‘Our database is the forensic link back to that person, placing them at the scene of the crime.’ So far, this method has been credited with reducing domestic abuse incidents by up to 69 per cent in homes where it has been installed.

This has been achieved in two ways. 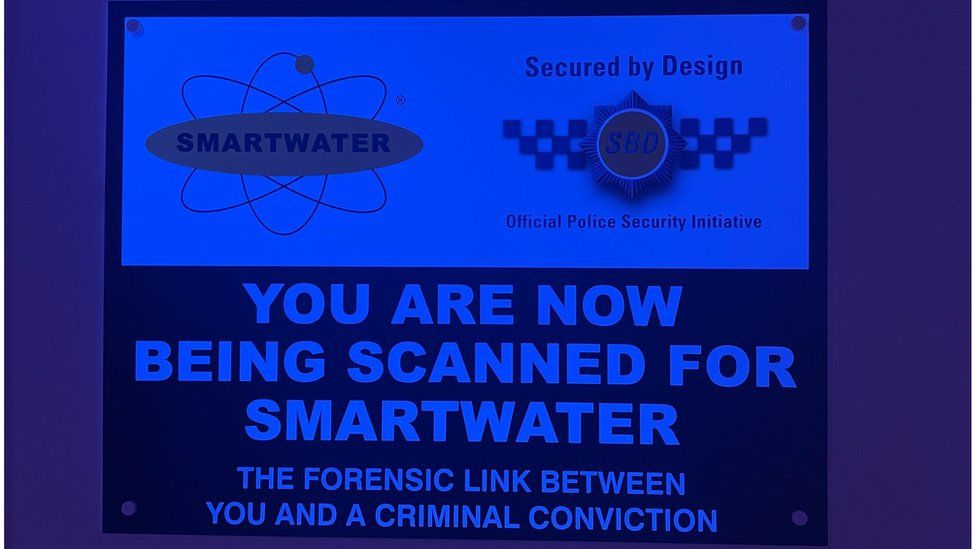 The first, by acting as a deterrent, whereby potential abusers are told either verbally or in writing that their ex-partner is being protected by the system and that they could be prosecuted using the evidence, even if their victim declines to take action.

The second, by actively catching offenders, which has in fact already led to the conviction of a man in West Yorkshire who was (as reported by the BBC in February) jailed for two years after being sprayed with SmartWater while harassing a woman he was legally obligated to stay away from.

‘Domestic abuse is quite often difficult to prosecute, and a lot of these crimes occur behind closed doors – it can be one word against another,’ says Detective Lee Berry, who came up with the idea.

At present, 200 women across England have the forensic deterrent packages (which include a hand-held canister for spraying, a gel for door handles and gates, and an automatic trap that sprays the liquid if someone approaches the house) in their homes.

94 per cent of them confirmed in a survey that the technology makes them feel safer and that they would definitely recommend it to others.

‘I want other forces to see what we’re doing here in West Yorkshire,’ adds Berry, whose hope going forward is that the tech will eventually be implemented by police worldwide.

‘The more victims we can protect and make feel safe in their own homes, the better. That’s the real success story here.’