The second most important discovery since the tomb of Tutankhamun almost a century ago, the 3,400-year-old royal city contains stunningly preserved remains.

Egyptian archaeologists have unearthed what is believed to be the largest city of the Egyptian empire and one of the most important finds in decades.

The settlement, dubbed a ‘Lost Golden City’ by officials, has been discovered in the southern province of Luxor, Egypt and dates back more than 3,000 years.

According to Zahi Hawass, the archaeologist who led the excavation and disclosed the ground-breaking news last week, these ruins are the largest ever found from that time period in Egypt. 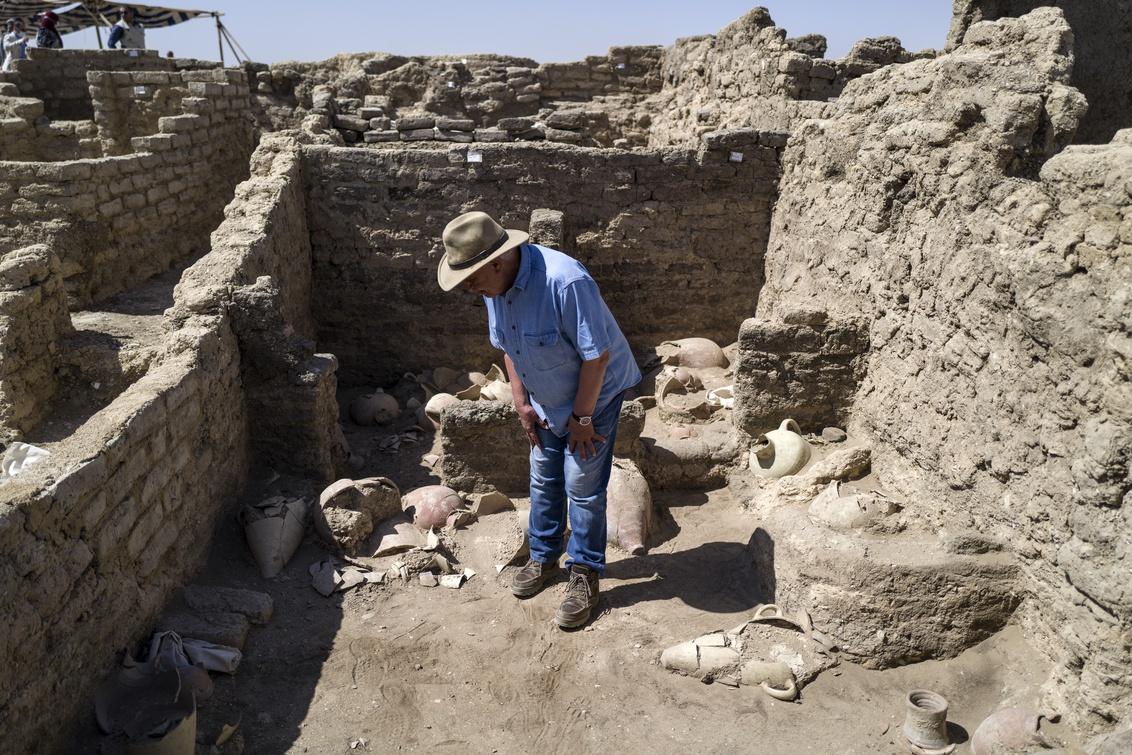 Lost beneath desert sands for three millennia, experts believe that Aten (as it’s locally known) was constructed during the reign of Amenhotep III, a pharaoh who ruled ancient Egypt during a golden period of peace and prosperity from 1391 to 1353 BCE.

It’s because of this subsumption that the structures are in extremely good condition.

‘The discovery of this Lost City is the second most important archaeological discovery since the tomb of Tutankhamun,’ says Betsy Brian, a professor of Egyptology at John Hopkins University and member of Hawass’ team. 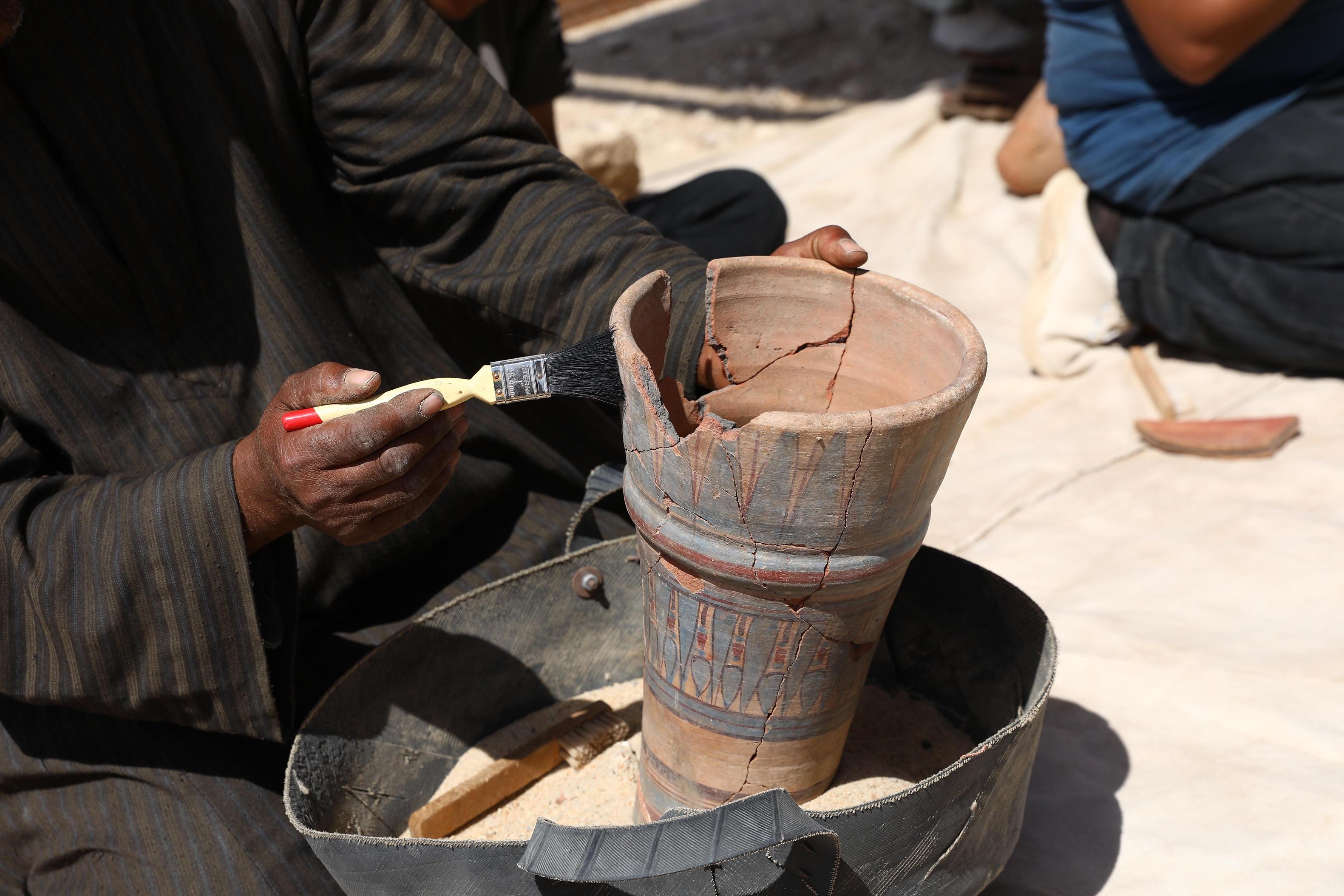 ‘It provides a rare glimpse into the life of the Ancient Egyptians at the time where the Empire was at his wealthiest.’

So far, three major districts – primarily built from mud bricks – have been uncovered. Residential, industrial, and administration, these structures are teeming with everyday items, many of which relate to the artistic manufacture that supported the pharaoh’s capital city. There are homes where workers may have lived, areas for making shoes, clothes, and precious stones, tools related to metal and glass production, and even a cemetery filled with rock-cut tombs. Not to mention the stunningly preserved remains of at least one of the bygone city’s ancient residents which were found alongside this trove of relics. Ancient ‘jars of the dead’ found in Laos This artefact manufacturing ‘hub’ for temples and residents of the palace is ‘very much a snapshot in time,’ as Salima Ikram, professor of Egyptology at the American University in Cairo, calls it.

‘An Egyptian version of Pompeii,’ she adds. ‘What they unearthed was the site of a large city in a good condition of preservation, with almost complete walls, and with rooms filled with tools of daily life. The archaeological layers have laid untouched for thousands of years, left by the ancient residents as if it were yesterday.’ 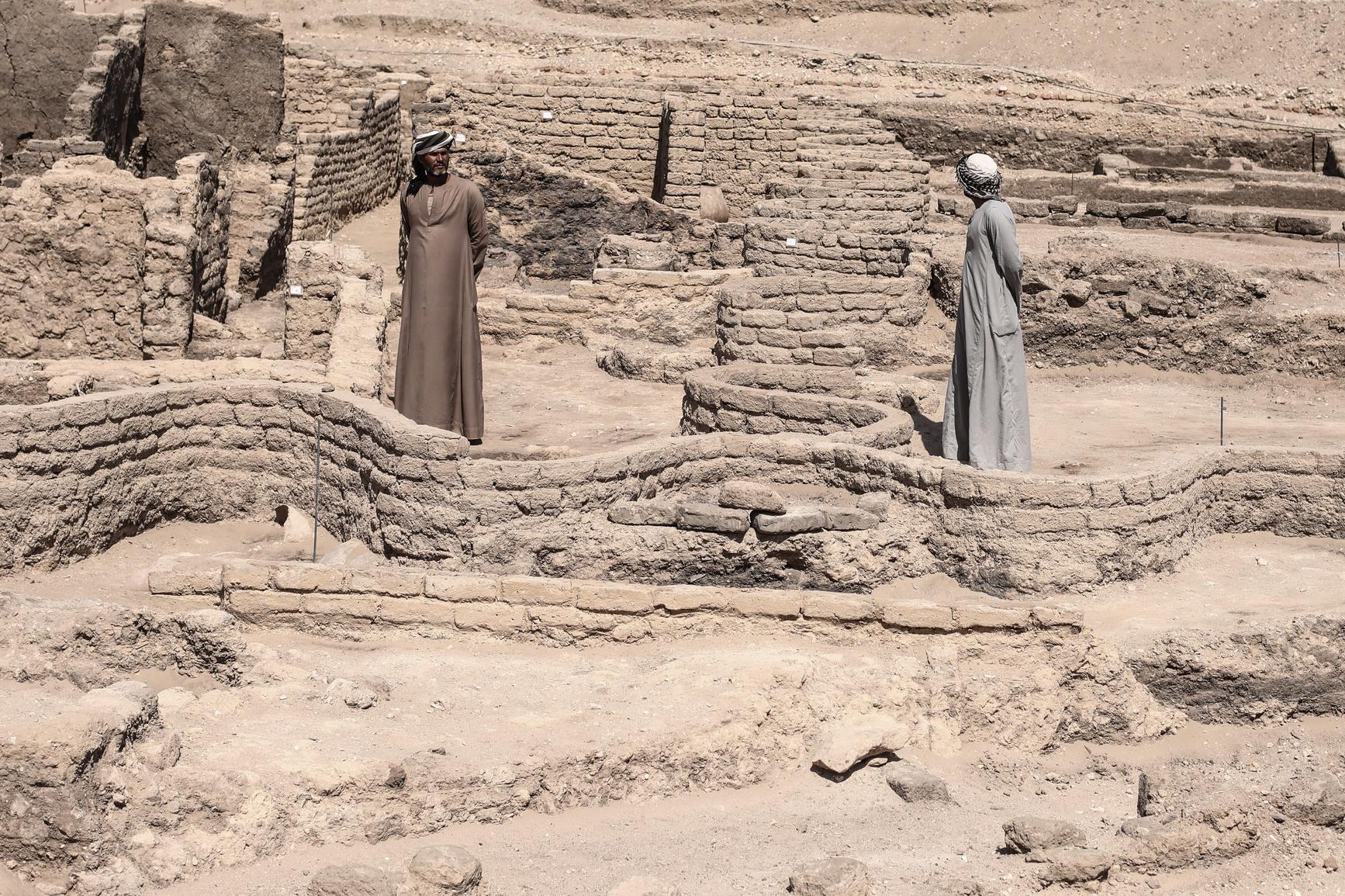 Currently, historical sources suggest that Aten was abandoned during the reign of Amenhotep III’s son, Akhenaten, who moved the empire’s capital city hundreds of miles north to Amarna.

Aten’s discovery now provides researchers with a vast archaeological record that they can use to fill in the gaps of the city’s history and ultimately create a timeline of its rise and fall.

Unfortunately, while the news of this major discovery is certainly very exciting, excavations are ongoing and many mysteries still cloak this Lost Golden City and those who lived and died there. Mysteries that won’t be unravelled for months and possibly even years.