Environmental activists have called out the multibillion-dollar clothing company Lululemon over concerns that the pollution churned out by its production practices is inconsistent with its ethical branding.

One of the largest, fastest growing, and most profitable fitness apparel brands in the world has come under fire for continuing to rely on coal as a source of energy despite claims it’s committed to acting against the climate crisis.

Lululemon – whose motto is ironically ‘Be Human, Be Well, and Be Planet’ – has long-branded itself as a pioneering force in the push for more sustainability, largely to do with its origins in yogawear.

Starting out as a ‘community hub’ designed to promote mindfulness, it touts itself as being profoundly connected to others and the Earth, ‘each part elevating one another.’

Yet, according to Stand, an organisation dedicated to challenging corporations and governments to treat people and the environment with respect, this is most certainly not the case.

Because, as has been uncovered by a deep dive into Lululemon’s supply chain, almost half of the energy powering its factories (all of which are situated in Asia) comes from burning coal.

Coal is responsible for the dangerous levels of air pollution that causes millions of deaths every single year.

‘They really stand out with a huge disconnect between what they say they value and what they do,’ says Laura Kelly, head of campaigns at Action Speaks Louder.

‘Almost half of the energy which powers lululemon factories comes from coal. But you would be hard pressed to find a company that says they are more ethical.’ As Kelly explains, given Lululemon’s influence in the market, it’s important for people buying their clothes to understand these two faces.

‘The business has been built by taking a grassroots approach to their marketing and that was founded in the yoga community,’ she adds.

Speaking of which, 477 yoga teachers and more than 500 students across 28 countries are among the signatories of an open letter penned by Stand that intends to raise awareness. Some are even former Lululemon ambassadors that helped the brand grow significantly.

As they rightly argue, the contrast between the company’s ethos and its use of a resource that endangers lives and drives the climate crisis will only perpetuate greenwashing further. 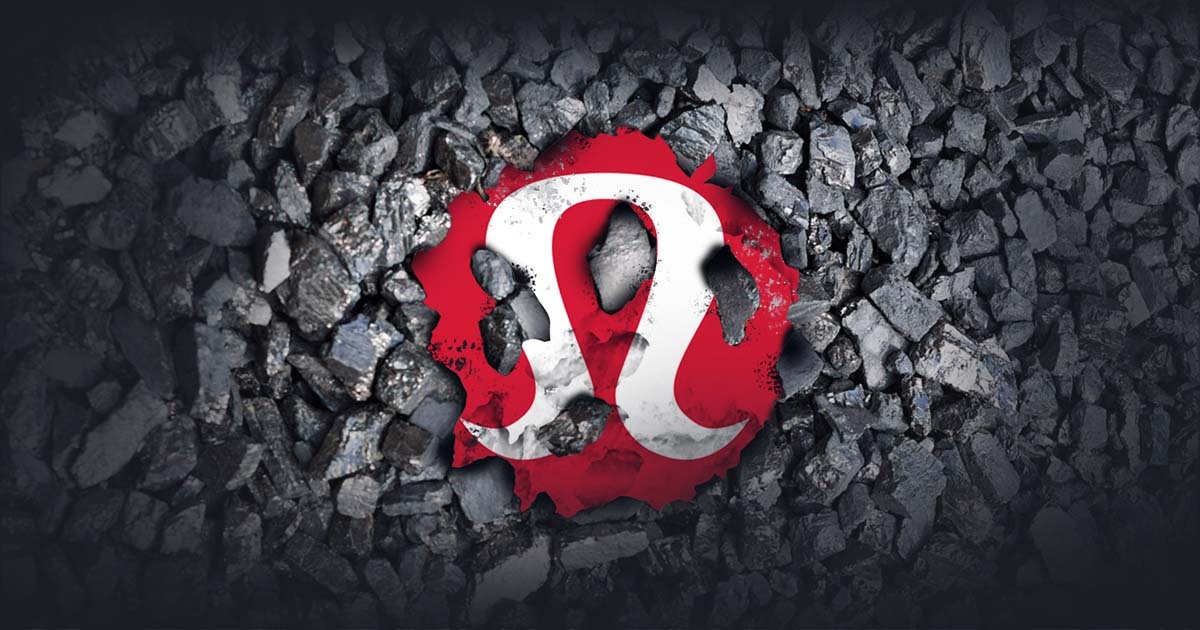 This needs to be addressed if Lululemon is to achieve its ambitious target of cutting greenhouse gas emissions from the facilities it owns and operates by 60% by 2030.

‘As members of the UN Fashion Charter for Climate Action and founding backers of the Apparel Impact Institute-led Fashion Climate Fund, we are working to accelerate collective climate action within our industry,’ reads Lululemon’s company report released this week.

‘We are also members of working groups engaging with select suppliers to phase out any direct use of coal, among other initiatives that drive transition to renewable energy.’

Here’s hoping it starts practicing what it preaches soon. Juice cleanses aren’t the holistic venture many think they are Juice cleanses aren’t the holistic venture many think they are

Juice detoxes, cleanses ­– whatever you want to call them – are not backed up by any scientific research. So why do people claim to feel better when doing them? The truth, while common sense, is often shrouded by wellness jargon. ‘I’m doing a cleanse’ your friend declares, before sipping from a bottle filled with broccoli-coloured liquid. ‘I saw it on TikTok.’ You momentarily wonder when the last time they chewed...