Though the number of people shopping consciously has soared in recent years – with Gen Z at the helm – fast fashion’s demise isn’t nearly as tangible as you may have assumed. Here’s why.

Over the course of the last 18 months, a plethora of headlines touting the death of fast fashion (whereby trend-led clothing is mass-produced to be sold at a reduced price on the high-street) have graced the pages of newspapers, business journals, and fashion publications across the globe.

From ‘How Gen Z’s shopping habits could spell the end of fast fashion,’ to ‘Gen Z is leading an evolution in shopping that could kill brands as we know it,’ there’s been no shortage of information regarding the potential demise of a sector renowned for its negative impact on both people and planet.

Though there’s certainly method to the madness of course, these reports are only correct to an extent.

As ThredUP’s 2020 overview revealed, the second-hand shopping market is indeed thriving – it’s total worth set to hit $64bn in the next five years which will ultimately far outpace fast fashion by 2029.

And, with Gen Z and millennials adopting conscious consumerism more than any other age group, the future sure looks bright. We’ve also witnessed Forever21 file for bankruptcy, Arcadia go into administration, and H&M outline plans to close 250 stores worldwide to instead increase digital investment, all seemingly promising nods towards the beginning of the end for fast fashion.

It’s no doubt reassuring to see data like this amid continued exposure to the industry’s dark side, but it overlooks one unmissable fact: that fast fashion is, for countless complex reasons, still booming.

To begin with, despite shocking revelations of malpractice at clothing factories owned by Boohoo last year, the fast fashion giant’s sales actually rose by 45% between February and August 2020.

Meanwhile, internet searches for ‘cheap clothes,’ and ‘garments under £5’ shot up 46%, an alarming trend that shows many consumers have simply turned their attention to even cheaper, faster e-commerce retailers. It’s arguably what prompted Pretty Little Thing to sell ‘deep discount’ pieces for as little as eight pence during its Black Friday sale, a move that sparked outrage on social media.

With affordability the primary draw of fast fashion, it makes sense that a pandemic and its onslaught of job losses has fuelled a surge in unsustainable shopping habits.

However, it’s not just those who need fast fashion and insist they cannot afford alternatives that are causing the boom. Plenty are still buying into it, even if they have the means to shop elsewhere.

‘Fast fashion is a problem perpetuated by the middle class and wealthy,’ says fashion writer, Aja Barber. ‘The poor do not collectively have the funds to keep this cycle extremely profitable.’ 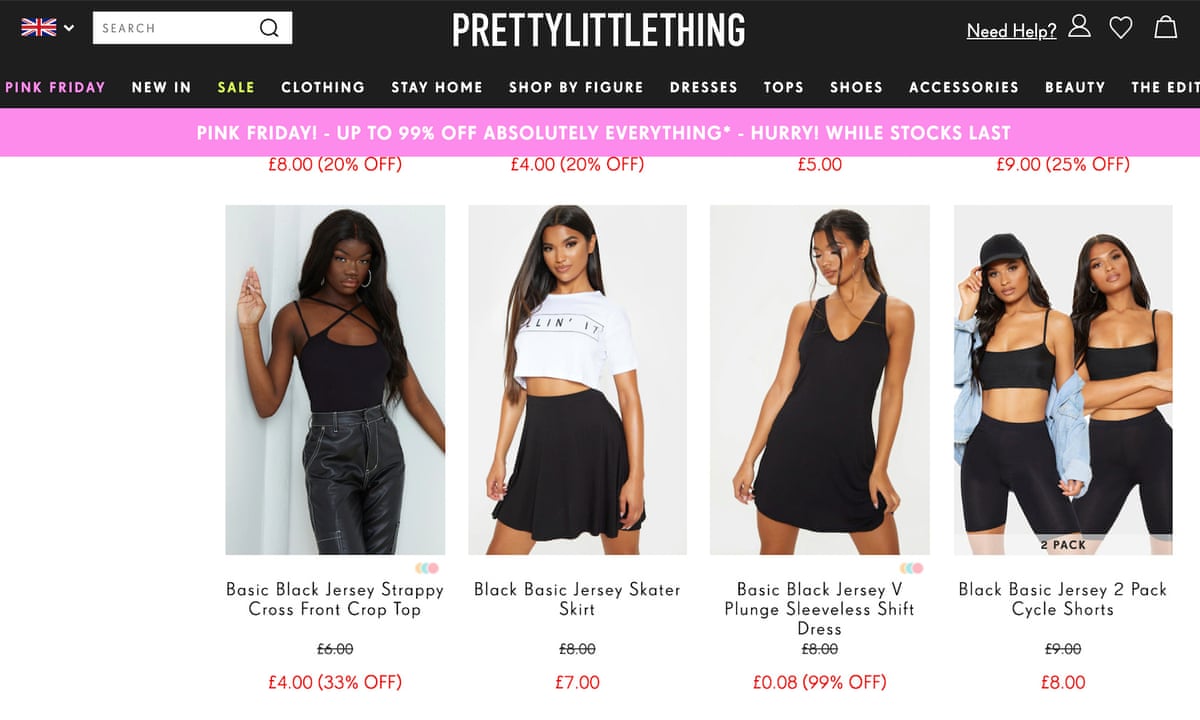 But with the world drowning in clothes and an estimated 10,000 items of clothing sent to landfill every five minutes in the UK alone, what makes fast fashion so appealing that the interest of consumers without the ‘poor argument’ isn’t deterred? The winning formula is attributable to a variety of factors.

‘When I’m bored, I go through them and I always end up buying something,’ says 19-year-old Mehak Akhter who regularly posts ‘haul’ videos on TikTok. ‘All these brands are affordable; they also offer new discounts every day which make you feel better about spending.’

It appears that TikTok is largely to blame, a breeding ground for aspiring influencers who have shaped their entire online identity around the promotion of excessive garment consumption.

‘We need to bear in mind that Gen Z is currently at an age where they are still developing their identities,’ says Kate Nightingale, head consumer psychologist and founder of Style Psychology.

‘That means they need to try different skins on to learn who they are, who they want to be, and how people react to them in these various skins. That, coupled with their not fully developed impulse control, makes them more susceptible to a lot of these subconsciousness-affecting and impulsiveness-inducing tactics.’ The video-sharing platform, which already faces a great deal of criticism towards the inherent lack of awareness about ethical issues within its community, has recently seen a dramatic boom in the use of hashtags such as #haul and #onlineshoppingaddiction.

For those used to posting this kind of content, it may be a challenge finding alternative retailers where they’re still able to afford such a high level of consumption. ‘The main reason I buy fast fashion items is because of the cost,’ explains Akhter. ‘Clothing that is made in a more ethical, local way, is often a lot more expensive and consumers like myself can feel priced out of being able to make that moral decision.’

It’s an understandable point to make, particularly during a pandemic in which young people are struggling to find work and generate a healthy income. For many, fast fashion is about convenience, availability, and price.

According to a survey, in spite of the growing demand for eco-friendly clothing (particularly among Gen Z), less than a third of consumers are willing to pay more for such products.

While sustainably made garments are becoming more popular, most sustainable brands are on the expensive side, which can deter consumers from buying things at face value – even if it means the company isn’t exploiting people and planet to ensure low prices and quick turnaround. 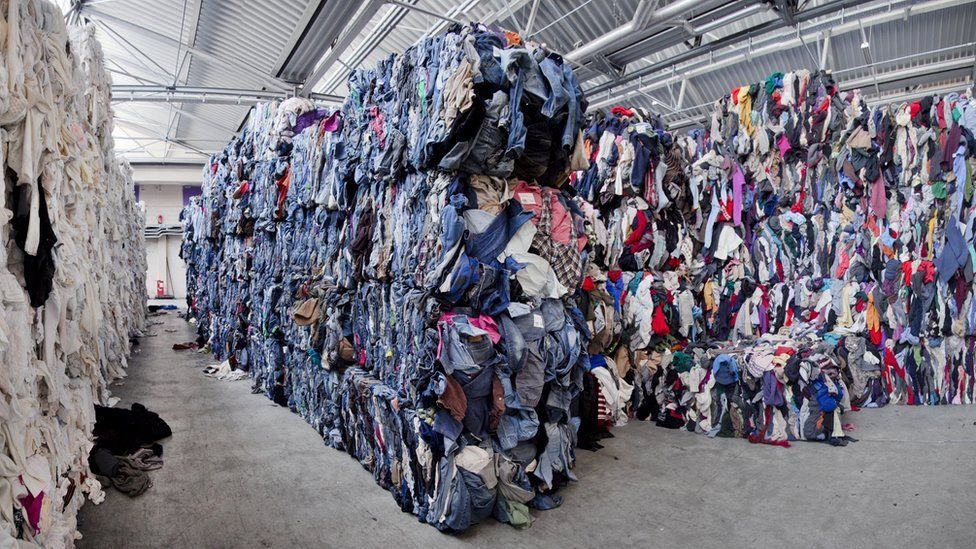 Ultimately, what consumers most want to see is change coming directly from the brands themselves.

Given the apparent disconnect between Gen Z and millennials being referred to as the ‘woke generations’ on a mission to save the planet yet still investing in fast fashion, it’s up to the industry – for as long as it manages to stay afloat – to ensure every purchase is an ethical one.

Especially because nine in ten Gen Z consumers, regardless of the fact that price continues to drive their decisions, believe companies have a responsibility to address environmental and social issues.

It’s difficult to break the current consumption cycle at a time when people feel an underlying pressure to follow the latest trends and wear ‘what’s hot’ according to their favourite influencers. 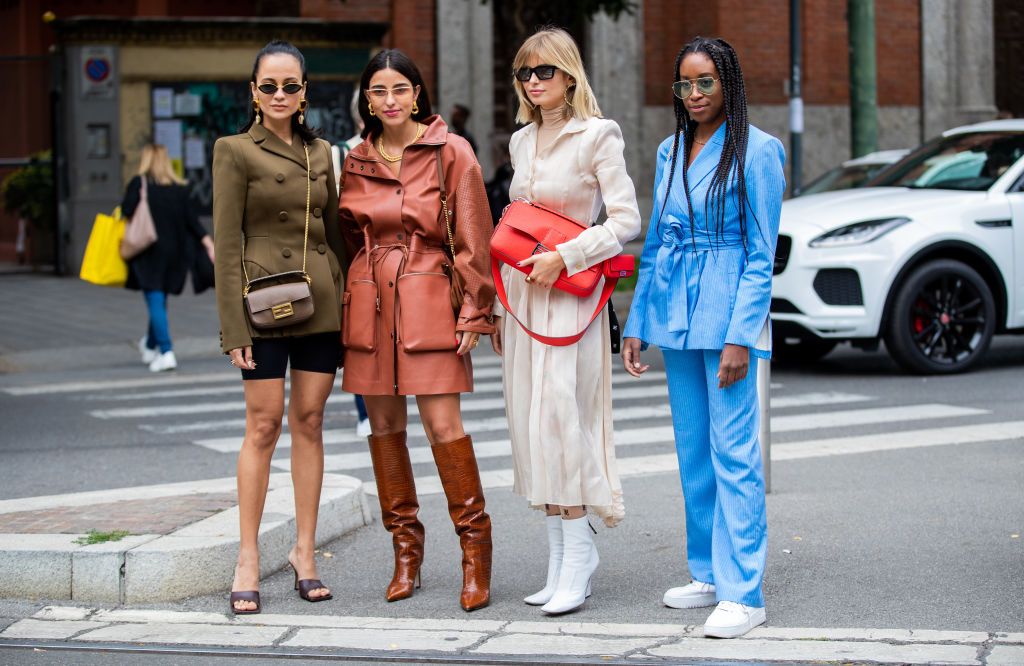 But, in addressing society’s behavioural issue with consumerism and the unsustainable notion that we constantly need to buy, we might begin challenging the idea that new is always better and set-in motion genuine, sustainable change.

‘Let’s behave like owners, not consumers, and repair rather than inflict something new on the planet if we don’t truly need it,’ says former CEO of Patagonia, Rose Marcario.

The industry can’t change overnight, and neither can we, but the further we transform our mindsets regarding our own habits, the faster change will come about.

So, the next time you consider a knock-off version of Kylie Jenner’s outfit an ‘absolute steal,’ remember that if a brand-new dress only costs a tenner, there’s most likely an unpalatable reason why.