Available on Channel 4, the documentary reveals that workers making clothing for the fast-fashion giant SHEIN are paid as little as 3p per garment while working 18-hour shifts.

Most of us aren’t blind to the fact that the availability of ultra-cheap clothing is impossible without the exploitation of workers who sew them.

But this doesn’t make the findings in Channel 4’s new documentary any less shocking.

Titled Untold: Inside the Shein Machine, the documentary takes viewers on an investigative journey inside factories of the world’s most popular fast-fashion giant.

In 47 minutes, it uncovers some of SHEIN’s worst kept secrets. Viewers will learn that SHEIN’s highest-paid factory workers earn just £500 per month, while being expected to generate up to 500 pieces of clothing each day.

For other workers, basic salaries are not a given. Most are paid just 3 pence for every garment they make. If mistakes are made, employees can be liable for a salary cut of up to two-thirds. SHEIN’s employees are expected to work up to 18 hours per day for 7 days a week. They are granted just one rest day each month. ‘There’s no such thing as Sunday here,’ says a factory worker.

Made possible by its exploitative practices, SHIEN has topped all of its competitors in terms of production rate by pumping out 10,000 new products every single day.

And despite selling its products for a fraction of the price of Zara and H&M, the sheer volume of its stock has allowed the Chinese retailer to become worth more than both of these brands combined.

Untold: Inside the Shein Machine documentary directly addresses the relationship between cheap clothing and exploitation in the fast fashion industry. 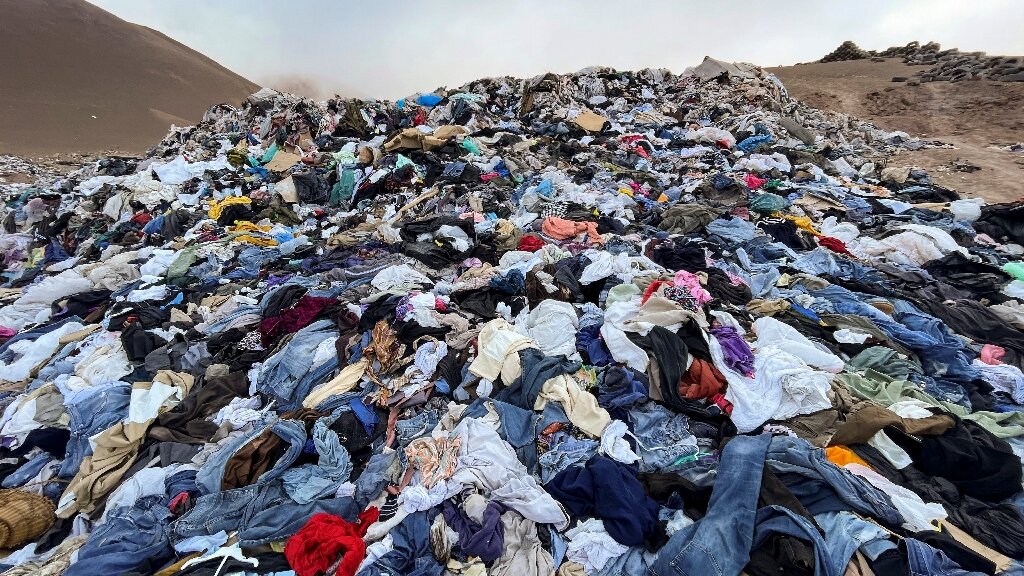 But it goes without saying that these types of companies are also committing serious environmental offences, too. It’s been proven that fast fashion is a key driver of the climate crisis, generating around 10 percent of global greenhouse emissions annually.

Not to mention, the pollution caused by companies like SHEIN, whose cheap, poor-quality products end up in landfill after only a few wears. If they don’t fall apart first.

And when it comes to customer returns, many fast-fashion retailers have begun allowing buyers to keep their purchases instead of sending them back.

This is not a gesture of goodwill, but a cost-cutting strategy, as it’s cheaper than shipping and returning clothing into suitable packaging for official resale.

On YouTube, where Channel 4’s documentary is available for free, responses from viewers are mixed.

While many acknowledge that the practices of companies like SHEIN are unacceptable, others point to wider social and economic issues creating the perfect storm for the success of fast-fashion brands.

‘I work very closely with charities and with families that cannot afford clothes, most families have told us they prefer shopping with SHEIN as Primark have massively increased prices and they cannot afford new things.’ – Leigh Anna

How the cost of living crisis has cornered people into supporting brands operating with a poor ethical code is frequently mentioned.

‘With the cost of living increasing considerably every year in the UK, working class people are unable to even afford to put their heating on, or literally feed themselves. Whilst living in this kind of deprivation, we do not have a choice to stand back and ‘choose’ to see what is sustainable and make our purchases soley on that basis.

‘If we need to clothe ourselves or family, we are faced with the fact that we are obviously going to make the cheapest decision, despite knowing the repercussions and domino effect it is having on the other side of the globe. It is a cruel cycle.’ – Phoebe

Others point to capitalist-driven influencer marketing as a driver of sales for companies like SHEIN.

‘The influencers doing regular hauls are the main problem. Average buyers who can only afford fast fashion are not buying enough to make these companies successful.’ – Natalie

And some simply feel that not enough people are too self-interested to stop buying affordable clothing from fast-fashion brands, despite awareness about the injustices taking place to make them.

‘People already know this oppression must be going on but they use denial so they can keep buying things to make themselves feel better. I feel like caring about things is a privilege.’ – Kayt,

While all of these comments make valid points, one thing is for sure: people who have the means to change their behaviours to make a positive impact, should. Awareness is key, making accessible documentaries like Channel 4’s more necessary than ever.