In response to recent findings that biodegradable glitter is actually no better for the environment than traditional plastic options, major retailers are removing it from their products this festive season.

The move is part of a wider push from companies to drastically reduce the amount of plastic pollution brought about by celebrating the holidays, with figures suggesting an additional 30% of waste is generated over the period.

While we’re generally well aware of the negative environmental impact of single use Christmas packaging such as crackers and wrapping paper, glitter seems to have largely slipped under the eco-conscious radar – despite being equally as harmful. Glitter is made from tiny particles of plastic that take hundreds of years to degrade when dispersed on land, rivers, and oceans.

Microplastic pollution is an increasing concern amongst environmentalists and traces of the material have been discovered almost everywhere on Earth. Despite efforts to combat this with sustainable alternatives such as biodegradable glitter, researchers have recently discovered that it’s just as bad for the planet as plastic options, having almost identical repercussions on our ecosystems. 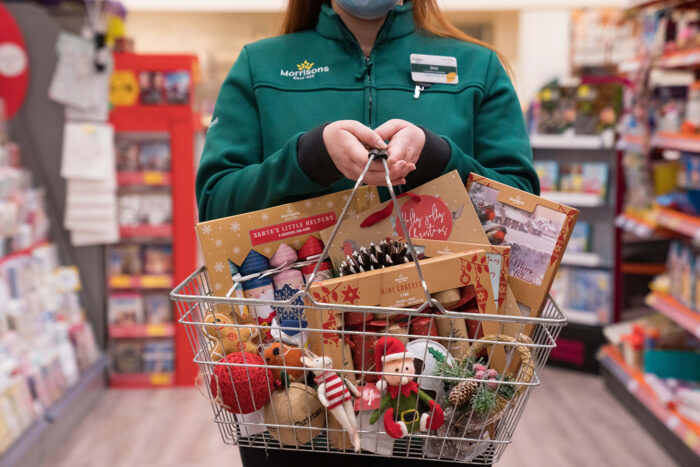 In response, Morrison’s, Sainsbury’s, John Lewis, and Waitrose announced yesterday that they would be removing glitter in its entirety – biodegradable or not – from all of their Christmas ranges.

Although it may not seem like a lot, it’s extremely encouraging to see so many retail giants taking action. While it’s not a major pollutant in terms of volume (it makes up far less than 1% of the microplastics polluting the environment at present according to Robert Hale of the Virginia Institute of Marine Science), the decision is still an inherently progressive one in the grand scheme of things.

‘People can still enjoy the festive season without the glitter and pointless packaging that add to the waves of plastic pollution that pour into our environment every year and threaten our wildlife,’ says Friends of the Earth campaigner, Tony Bosworth. ‘But we must go much further to end the scourge of plastic pollution.’

Banning these items is a small step in the right direction, but these stores would do better to follow in the footsteps of outlets such as Boots, which has promised to abandon the use of plastic from its inventory by the end of 2020. Its aim is to help customers ‘gift more mindfully’ as customer searches for its eco-friendly products boom online. Here’s hoping others begin to follow suit.