As the future of the world balances on a knife edge, these impact documentary filmmakers have started a conversation about how the one thing we share could be the one thing that saves us.

If each generation has its cross to bear, then climate change is surely ours. Gen Z and millennials, whose inheritance include an ecologically unstable planet and the burden of unlearning centuries of damaging habits, face the task of restructuring and re-constituting humanity’s relationship with mother nature. But in order for a new world to be built, it must first be imagined. That’s where companies like Common Table Creative come in.

Common Table Creative is a group of multifaceted young men who plan and host food-based events, lecture about sustainability, and write poetry, but, primarily, they are a production company. ‘CTC’, as I’ve been given enthusiastic permission from the CEO to refer to it as, make short films about food systems. ‘Our goal has always been to… tell stories about the people who produce our food, and that’s the farmers’, explains Oliver English, aforementioned CEO and co-founder of CTC, over Zoom. Oliver’s agreed to chat to my colleague Sofia and I from the Venice Beach, California home of Common Table Creative’s tripartite foundation which includes himself, his filmmaker brother Simon (Creative Director), and plant biologist/businessman Jamer Bellis (COO). He’s had to squeeze us in early on a Friday morning during preparations for an upcoming CTC road trip to a Wisconsin farm. The trio are gathering the last snippets of footage to tie together their latest, and by far biggest, project: a feature length documentary called Feeding Tomorrow.

Currently, CTC’s portfolio consists of around 20 beautifully shot, self-contained shorts that explain food systems through the lens of individuals, or individual movements. All members of the company have a crucial role in the filming and production process, leading them to create award-winning content such as their most recent feature WE UNITE, which highlights the perils of a Berlin farming community choked by factory farming and agricultural modernisation projects. You can view all of their erstwhile creations on the company website.

Through its shorts, CTC has found a way to tell the story of holistic consumption by synecdoche – using a part to represent the whole.

Trawling through the extensive catalogue I come across a six-minute vignette of organic grower Greg Rawlings and Jacobs Farm. Amidst sweeping aerial shots of waves crashing against a cliff face and close-ups of mint leaves you feel you could snap in two, the physical is used to demarcate CTC’s concepts.

The film’s canvas slowly extends to something far more audacious than the story of simply one farmer: the feeling of visual perfection that’s created knocks against the idea of ‘imperfect foods’ and food wastage like the waves on the cliff, as Rawlings explains how much of his yield gets rejected at the hands of aesthetically demanding food sellers. The arc ends on a hopeful note, as is the CTC signature, as Rawlings explains how Imperfect Foods has ensured that the edible ugly ducklings of his crop are still used. 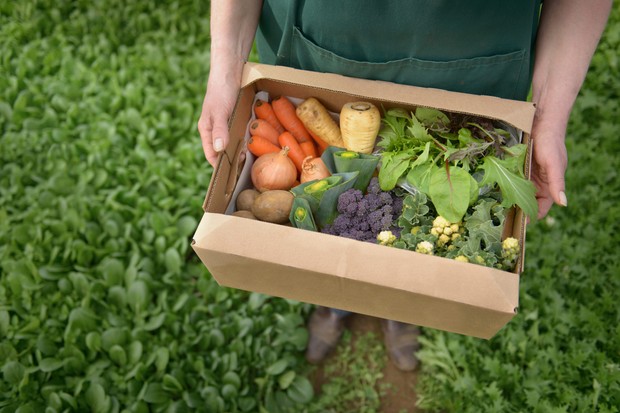 Four years since the boys first packed up their lives in NYC to start CTC on the West Coast, they’re ready to tackle a bigger project. Feeding Tomorrow, their magnum opus, which is currently in the latter stages of production (you can help the boys out with meeting their final production costs via their GoFundMe here), will focus on food and consumption writ large. It’ll hone in on the prescient question ‘how are we going to feed ourselves by 2050?’

‘We want to tell a holistic story about how our food system interacts with all parts of our lives, from agriculture to health, to the food access social justice part of it’, Oliver explains. ‘So, let’s talk to not just farmers and doctors but climate scientists, and educators, and nutritionists, and chefs; thinking about, with population growth, and climate change, and the huge health disparities that we’re in, how do we feed ourselves in a way that nourishes humanity, and that doesn’t destroy our planet?’ The English family, by Oliver’s account, have always been deeply involved in the world of food. He and his brother grew up the sons of two chefs, with Oliver himself studying hospitality at university before coming to run his father’s restaurant business. But despite food taking up a large portion of his mental space since birth (beyond just our instinctual lilt towards it three times a day), it took a while for Oliver to realise that the depth of his knowledge of the industry was only skin deep.

He describes an epiphany moment whilst eating at a restaurant he opened in Abu Dhabi as a 20-something restaurant mogul. ‘…halfway through my meal, I literally just fell back and looked at all this food, and I was like “wait a minute, where the f*ck did all this food come from?”’ Forgetting he’s talking to a Brit and an Australian, he apologises for swearing. ‘It occurred to me that I had never asked that question.’

A journey inwards for the trio necessitated a journey out. And I mean way out. CTC have now travelled the world, around the US and Central America, and Europe, talking to the hitherto faceless people behind the food we consume every day. Their initial dream of producing a feature film would eventually evolve into Feeding Tomorrow and a fully fledged production company. Indeed, eating is the end point of a process we’re uncomfortably ignorant about. Whilst consumption is a facet of muscle memory necessary to survive, like blinking, unlike blinking consumption involves choices. What we eat has to be sourced for us, and given that most of us in the West live in urban centres, it often has to be sourced from far away. This simple process of supply and demand has dangerously metastasised thanks to corporatisation, market capitalism, and a growing population, into something that our agrarian ancestors would struggle to recognise.

Our tendency towards over-consumption has led to an untenable amount of food being produced on our planet every day, wreaking havoc on the environment. It’s the express job of the mega-corporations that produce this food to distract us from its origins, and to keep us from interrogating our position in a global supply chain. Moreover, the structures of capitalist individualism that exist all around us teach us not to care about the supply chain even if we do ‘find out’. Their marketing teams feed us with over-processed indifference.

Oliver and his comrades at CTC aim to be the balm to this ignorance, by re-introducing us to not only our lived relationship with food, but what that relationship could be if we were to align our consumer habits with more sustainable practices. They believe that reconnecting with farmers is a critical piece to moving toward a more just, regenerative, and equitable food system. The company’s films focus on the deeply powerful impact everyday citizens food choices are. 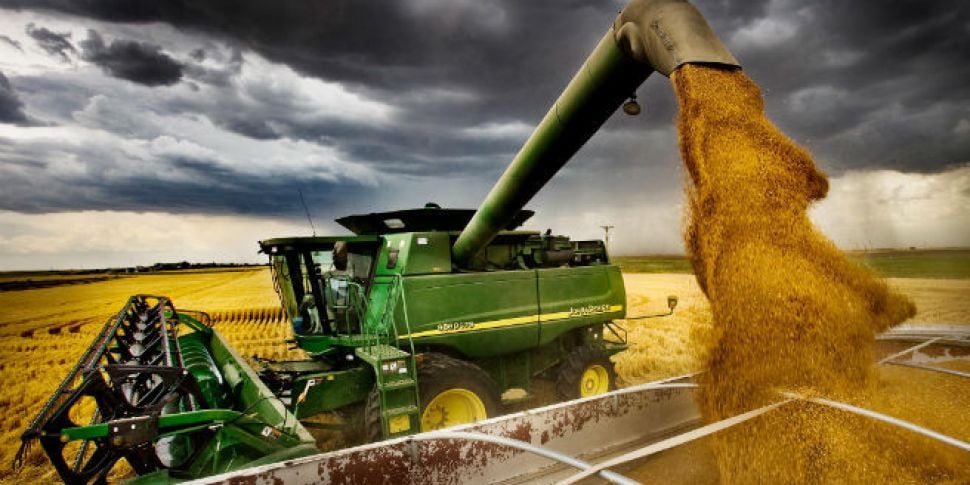 So far in CTC’s projects there’s been a heavy emphasis on the importance of regenerative farming: a process that works with natural ecosystems to grow crops. However, all elements of a potential future plan for food innovation, including education, will be touched on in Feeding Tomorrow.

I ask Oliver about the meaning behind the company’s name. ‘The name came from the idea that at the table we’re all equals. When we come together at the table we are… united in this cause and the issues that we talk about related to the environment and food systems reform… all of these things impact everybody.’

Spoken with all of the bombast and earnestness I’ve come to expect from Americans, and in particular Californians (it seems he’s settling in well to his new locale) Oliver’s words are a call to revolution. It seems apt, therefore, that the backdrop of our June conversation is the mass global protest movement in support of the BLM movement after the death of George Floyd. Here too young people are taking up arms against systems that have boxed us into set narratives, whether that be the narrative of climate change, race relations, or inequality.

‘This is our moment to transform the way that we exist and live in relationship to each other and our planet. And it can be the biggest transformation to justice, to clean energy, to regenerative food systems, and to economic policies that take care of people and don’t push people to the margins. This has to be our biggest moment.’

CTC are holding up a mirror to society, and through their own actions in time I’m sure they will reflect the world they want to see. Viva la revolution.