The World Health organisation stand firm on their stance that air pollution is the greatest environmental risk to health today.

As the world suffers through a respiratory pandemic, the need to breathe clean air has never been more apparent. But, with the World Health Organisation estimating that 9 out of every 10 of us live in zones where the air exceeds guideline limits of pollutants, breathable air is becoming a rarity. Air pollution contributes to the deaths of an estimated seven million people worldwide annually, far exceeding the amount of deaths expected from Covid-19 this year, yet as a protracted public health emergency it is woefully underreported.

Bashing Asia about poor air quality has become a global pastime in the west. Whilst this sense of superiority has been tempered by the CCP’s recent carbon neutrality pledge, according to the AirVisual and Greenpeace index released last year all of China and South Asia remains dangerously polluted. 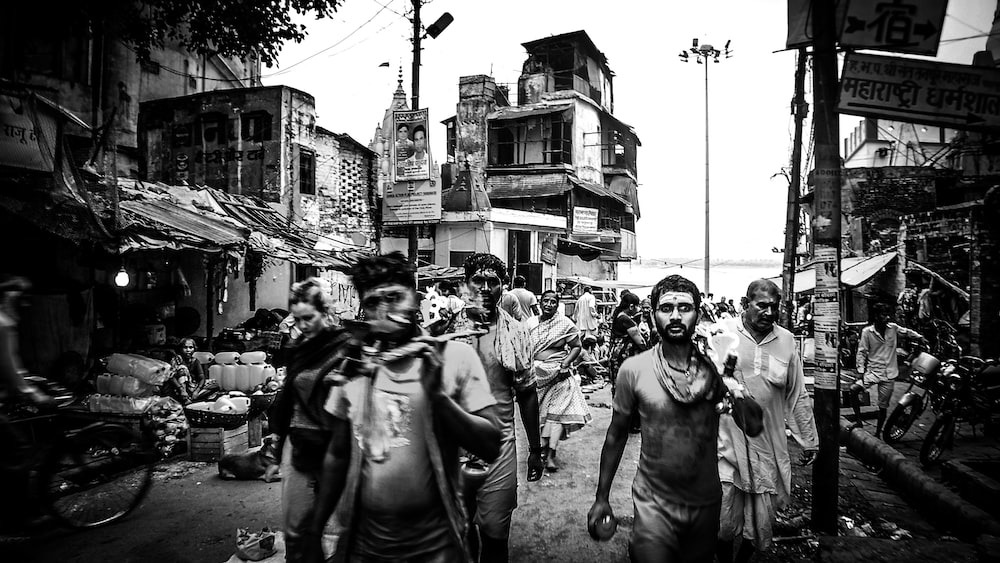 The study was something of an exercise in negative returns, however. China is becoming comparatively less polluted as the rest of the world, particularly low and middle-income countries like India and Indonesia, industrialise and becoming more polluted. And the west isn’t doing much better: whilst the average air quality in the US and Canada is good in global comparison, historic wildfires over the past few summers have led to a dramatic decrease in average air quality across the continent. Europe, for its part, is struggling particularly in its East, with eight cities in the Balkans among the top 10% of the world’s most polluted urban areas.

The upshot of the data suggests that 90% of the people on Earth, living in both cities and small communities, are breathing dangerously polluted air.

Air pollution and the human body

The issue of dirty air has been emphasised this year by growing evidence of its link with coronavirus. Several studies have suggested that long-term exposure to poor air quality leave people at greater risk of contracting Covid-19 and dying from it after infection. An inquiry in the Netherlands found that even a small increase in particulate matter concentration is associated with a 16.6% increase in the Covid-19 death rate.

These findings are not at all surprising considering past data on the effect of dirty air on noncommunicable diseases.

Did you know that
Some 8.2 million out of the 12.6 million deaths caused by the environment each year are due to noncommunicable diseases, but are primarily linked to air pollution??

According to the WHO, air pollution is far and away the most important environmental risk factor in exacerbating major diseases like asthma, cancer, pulmonary illnesses, and heart and lung disease. The main substances affecting health in a polluted atmosphere are nitrogen oxides (NOx), sulphur oxides (SOx), ozone and particulate matter with the latter of greatest concern, as these tiny particles penetrate deep into the lungs, affecting both the respiratory and vascular systems. Both extent and duration of the exposure influence health outcomes.

WHO estimates that each year 4.6 million deaths worldwide can be attributed to these particles alone – a number greater than the global deaths caused by automobile accidents. Whilst we cannot yet conclusively calculate how many more coronavirus deaths can be chalked up to dirty air, it certainly didn’t improve the situation.

Air pollution and the developing world

Typically, those most at risk from this protracted public health emergency are people already disproportionately vulnerable to climate change and degradation. A 2018 report by the Inter-governmental Panel on Climate Change (IPCC) found that air pollution and climate change are closely interlinked, as the same emissions that heat the atmosphere influence our air quality, and both outdoor and indoor pollutants are more likely to be found in low-income cities. 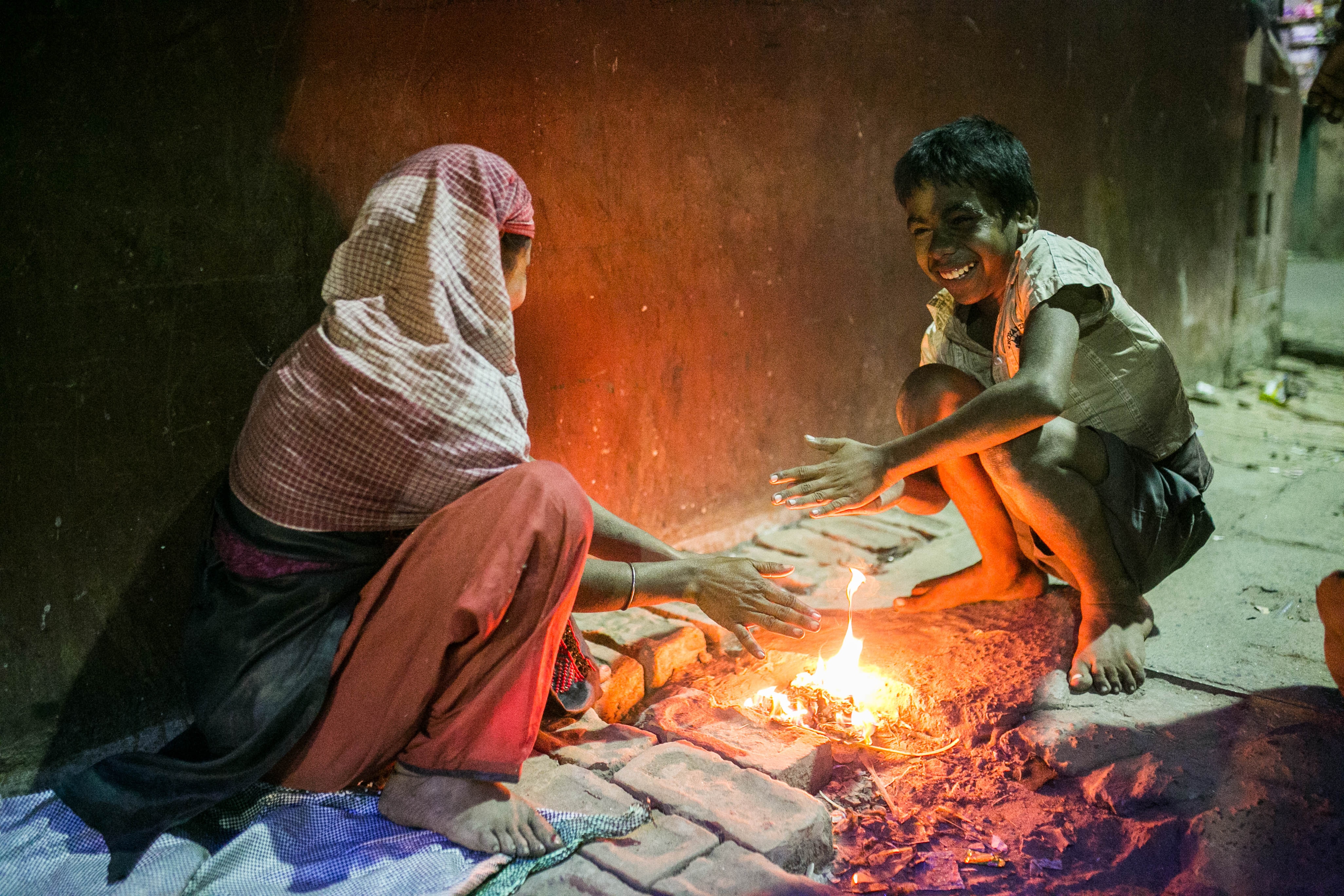 Why we shouldn’t celebrate China’s carbon pledge just yet Low and middle-income countries generally have less rigorous policies when it comes to clean air solutions. As their economies rush to industrialise, cities urbanise at a rate that exceeds their ability to be properly planned. Residential neighbourhoods are placed near industrial plants whose fumes are poorly regulated by bifurcated and often ineffective local governments. In fast growing cities like Kolkata and Chennai, public transport is underfunded and underdeveloped, and so heavily emitting, cheap cars are the main form of transport. This is particularly damaging given the WHO conclusion that mobile sources, principally automobile, are the greatest cause not only of CO2 emissions, but emissions of dangerous particulate matter.

Indoor air pollution is also far more common in poorer nations, where houses are often built cheaply and with low-quality materials. Poorly ventilated, damp homes are the norm for the approximately one billion people who currently live in urban slums, and those with access to fuel for cooking and heating are at constant risk of gas leaks due to faulty infrastructure.

The situation, as is so often the case when it comes to developing nations, is lose-lose. In the short term, the lungs of the world’s poorest are disproportionately filled with a plethora of harmful chemicals from global industry concentrated on their comparatively low-cost shores. In the long term, as these pollutants drift north towards the arctic, depleting light refraction and causing ice melt, these subgroups are again worse off; already delicate agrarian economies will struggle to feed and employ their population in a changing climate and to deal with the inevitable rising tide of climate migration.

What’s to be done?

The two most important pillars of remedying air pollution are effective policy-making, and better urban planning.

Though it’s become a climate hawk cliché, it’s an unavoidable truth that nothing is going to sanitise our air like the clean energy. The burning of fossil fuels in factories, engines, and our homes is a leading contributor towards climate change and air pollution. Coal is toxic, and burning it releases elements like arsenic and mercury, as well as small particles of soot. The world desperately needs to implement clean energy solutions – you’ve heard these all before, but they bear repeating: we must tax carbon and introduce pollution permits for industry, subsidise alternatives energy solutions, implement national pollution limits, and incentivise ethical consumer behaviour by, for example, investing in solar power to bring down its market cost.

These solutions are likely to be most effective in the developed world, where administrations and independent bodies can more easily regulate corporate behaviour. But there’s also great opportunity for change in the developing world. As the global South constructs the blue-prints of its future outline on the world stage, the international community must incentivise cleaner and more efficient city planning through bilateral trade agreements.

Polluted air is all around us. As you’ve been reading this article, and as I myself have been writing it, we’ve all the while been taking in harmful pollutants. Unlike Covid, air pollution isn’t a sudden or dramatic reversal of the world’s fortunes, but a slow and insidious poisoning. We’ve been cooking in this dirty pot for too long now, and we’re not getting any cleaner. Gen Z must lend our democratic weight in the voting booth to candidates that will clean up their own act.