This Norwegian vault holds nearly one million preserved seeds from all across the world, just in case they’re needed in the future.

When I first played Bethesda’s Fallout video game series, in which you are thrown into a giant vault underground and then eventually released hundreds of years later, I presumed it was merely a fictional fantasy. It appears I was grossly incorrect, however, as it turns out that Norway has its own real life underground vault built to stand the test of time and inevitable human destruction.

The main difference between the two is that the one in Norway – dubbed the ‘Doomsday Vault’ but actually called the Svalbard Global Seed Vault – is home to nearly a million seeds, not human beings. It’s situated in a remote area of Spitsbergen close to the Arctic Circle and is built with three vault rooms, a giant tunnel, and a massive concrete entrance that wouldn’t look out of place in a high budget Hollywood sci-fi film. I’m expecting Tom Cruise to air jump in any second looking at this image. 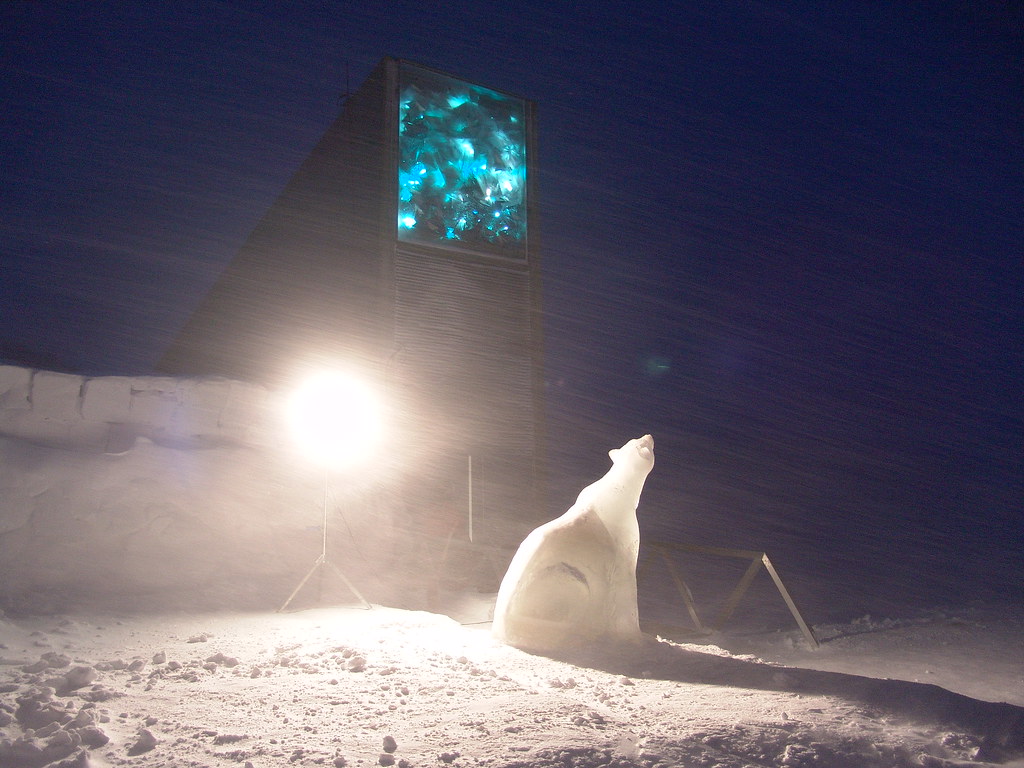 Sea sensors to change the world in 2020? What is the Svalbard Global Seed Vault used for?

Despite its ominous nickname, the ‘Doomsday Vault’ isn’t really intended to be used in the case of a sudden worldwide apocalypse, though it could if needs be.

Instead, its main purpose is to provide backup seeds to 1,700 other vaults around the world known as ‘gene banks’. Each of these has their own collections of seeds specific to their region, but only the Svalbard vault was designed to preserve seed samples from all over the globe. Think of it as a real life version of a Google Drive backup or a Cloud Save… except, you know, it’s a massive concrete bunker in the middle of nowhere.

Any institution from around the world can deposit seeds at the Svalbard Global Seed Vault, where they’ll be stored at -18C indefinitely until they’re requested again. It was opened in 2008 and constructed by the Norwegian government, which operates the vault alongside Crop Trust, an organisation dedicated to safeguarding crop diversity. It has yet to receive a deposit of every single seed from every other gene bank, but it has just reached a million samples – which is nothing to be scoffed at.

Why is this type of work important?

Having a back-up of nearly every seed on the planet is more essential than you may think. Inevitable changes to crops and wildlife as our climate warms up makes this work all the more necessary, and it’s already been used to replace gene samples from Syria after the International Centre for Agricultural Research in the Dry Areas (ICARDA) had to abandon its headquarters in 2012 due to the civil war.

Crop diversity has shrunk dramatically in the last fifty years or so too, as our need for food and larger quantities of production has escalated. This means that many of our varieties of rice, fruit, and vegetables are no longer used, and would have become forgotten history if not for gene banks. The US no longer eats 90% of its fruit and vegetable varieties that were available in the early 1900s, and only 10% of China’s rice varieties are still in circulation.

Our current, stripped back food supplies are also more susceptible to natural disasters because of this lack in variation, making gene banks and vaults all the more vital for the future.

This really is vital stuff, too. As TIME recently highlighted, one of the first seed collections in the world was at St. Petersburg’s Vavilov Research Institute in Russia. The siege of Leningrad that took place between 1941 and 1944 put this gene bank at risk, and around a dozen scientists blocked up the entrance and protected it from citizens and the German army. Many of them died from starvation, refusing to save themselves by eating any of the grain and seeds they had stored. If that display of hard-core commitment doesn’t adequately demonstrate the necessity for gene banks then nothing will, frankly.

Hopefully we won’t need to use this vault for a major international catastrophe somewhere down the road, but hey, we’re currently living through a novel pandemic, so you never know. For now you’ll find me marvelling at this extraordinary achievement from afar, imagining Mission Impossible scenes taking place in the dreamy, icy backdrop surrounding those giant concrete doors.