For decades, scientists and researchers have sought to prove the extraordinary medical potential of psychedelic drugs.

Time and time again these mind-altering substances have shown genuine promise in alleviating some of the most intractable (and expensive) – addiction, depression, and anxiety among many others – conditions to treat.

With stigma still firmly attached, however, attempts to rebrand and integrate these compounds into current healthcare systems have been relatively futile – until now that is. Following a breakthrough clinical trial providing these professionals with new data to back their claims, it seems we may be on the brink of a booming psychedelic medicine market.

The study, which is expected to be published later this month in science journal Nature Medicine, has uncovered that MDMA-assisted therapy demonstrates impressive efficacy in treating post-traumatic stress disorder (PTSD). 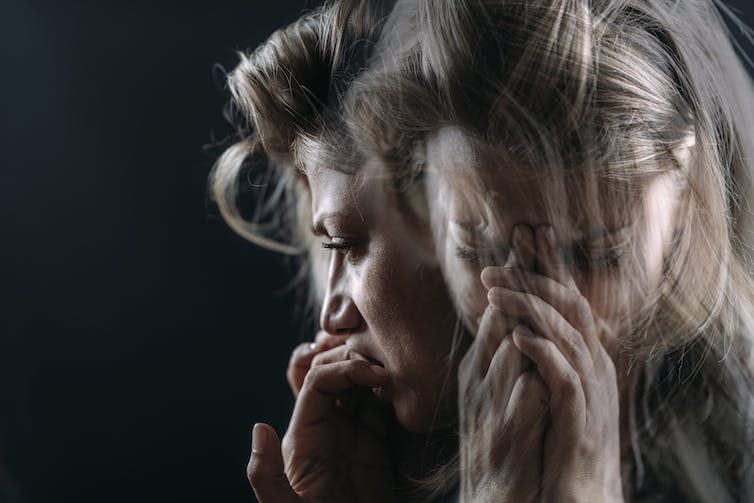 A result of exposure to extreme traumatic experiences, people diagnosed with PTSD exist – often for their entire lives – in a state of heightened anxiety that causes flashbacks, nightmares, and fear responses.

Recalling these memories can also trigger aggressive behaviour as it’s sometimes difficult to distinguish between reality and a past event that feels as though it’s happening in the here and now.

Operated by the Multidisciplinary Association of Psychedelic Studies (MAPS), of the 90 combat veterans, first responders, victims of sexual assault, mass shootings, domestic violence or childhood trauma involved, those who received MDMA during talk therapy experienced a significantly greater reduction in the severity of their symptoms compared with those taking an inactive placebo.

After 18 weeks and three sessions, 67% of participants in the MDMA group underwent a transformation so notable they no longer met the threshold for a PTSD diagnosis. Not only this, but the drug produced no serious adverse side effects besides temporary nausea and a mild loss of appetite. ‘This is about as excited as I can get about a clinical trial,’ Albert Garcia-Romeu, a neuroscientist at Johns Hopkins University School of Medicine, told The New York Times. ‘There is nothing like these results for a neuropsychiatric disease. This is a wonderful time for discovery, because people are suddenly willing to consider these substances as therapeutics again, which hasn’t happened in 50 years.’ According to MAPS, combining MDMA with therapy allows the brain to repair itself by processing painful memories rather than masking them (as is common with traditional pharmaceuticals).

Essentially, adding the drug (an agent which affects a wide range of neurotransmitters facilitating signalling between neurons including serotonin, and dopamine) to the equation aids people in overcoming a disorder faster. Able to reopen what’s referred to as a ‘critical period,’ which is the window during childhood when the brain has the superior ability to make new memories and store them, it’s bringing about progress that otherwise takes years to achieve.

The non-profit organisation stresses, of course, that MDMA taken in isolation, without therapy, does not automatically create beneficial effects, it’s the enhancement of the process alongside a willingness to engage with trauma that works. MDMA-assisted therapy stimulates one’s own conscious ability for self-healing and helps people with PTSD transition from a hypervigilant, hyper-aroused state into a mindset where processing trauma becomes more feasible.

‘Far from having no medical benefit MDMA, when combined with talk-therapy in this protocol, has the potential to catalyse the therapeutic process and generate positive mental health outcomes,’ explains Rick Doblin. If this gains FDA approval for therapeutic purposes, we may well be looking at a revolutionary means of bringing marked relief to patients suffering from this debilitating mental illness by 2023. The next step is a second positive phase three trial which is currently underway with 100 participants.

This could go on to pave the way for further research into how MDMA helps combat substance abuse, obsessive compulsive disorder, phobias, and eating disorders. It could also encourage additional inquiries into other prohibited psychedelics including psilocybin, LSD, and mescaline.

‘The findings make a clear case for medical approval,’ finishes Dr. Garcia-Romeu. ‘It represents a sea change that could revolutionize health care.’ New mosquito experiment could shape the future of disease control

According to scientists, cases of Dengue fever in Indonesia have been cut by 77% following a ‘ground-breaking’ yearlong experiment which manipulated the mosquitoes spreading it. A new approach to fighting the spread of Dengue fever has proven remarkably effective in Indonesia. By breeding special mosquitoes with a ‘miraculous’ bacteria that reduces their ability to transmit the deadly virus, scientists have successfully cut infection rates and hospital admissions by 77% in Yogyakarta... Apple believes biometrics are the natural successor to our manual passwords, offering increased security and convenience. We’ll soon put that notion to the test with the rollout of iOS 15. If you’re one of life’s rarest breeds: a person who has never forgotten a password, chances are the ones (or one) you’re currently using probably aren’t all that secure. Now part and parcel of modern day living, passwords are required...