Throughout history, brands have operated in an industry dictated by two genders. With 27% of Gen Z consumers now identifying as non-conforming, is this about to change?

When Harry Styles graced the cover of Vogue last year wearing a gown, passionate conversations around masculinity and gendered dressing were instantly sparked.

Representing Gen Z’s growing exploration of gender-fluidity and non-binary dressing, the singer cemented his place as the vanguard of neutral fashion.

‘The lines of what you should wear based on whether you’re ‘male’ or ‘female’ are crumbling away,’ he told the publication. ‘I’ve never really thought too much about what it means, it’s just this extended part of creating something without limitations.’

Prominent conservatives were quick to voice their disapproval of a cisgender celebrity engaging in progressive developments, however.

‘Bring back manly men,’ tweeted political commentator Candace Owens. ‘In the west, the steady feminisation of our men… is an outright attack.’

While this was a relatively standalone negative response (most were delighted to see the pop culture icon dismantle societal expectations for how people should present themselves) it highlights how contested and divisive debates around gender expression have become on a global scale.

Particularly regarding an industry which, throughout history, has seen brands operate strictly within the boundaries of standard gender categorisations.

One that is only now beginning to adapt. This sudden shift can be attributed to the power of the Gen Z demographic, a consumer group that’s driving demand and due to account for $143 billion in spending over the next few years.

According to The Phluid Project, 27% of today’s teenagers identify as non-conformist, 56% shop outside of their assigned gender, and 81% believe a person shouldn’t be defined by it.

Not to mention that, since early 2021, searches for clothes tagged with agender-related keywords have increased by 33% (Lyst).

For this reason, companies looking to bring in Gen Z dollars are coming to terms with the fact we are in a time of unlearning and relearning, that the cohort of digital natives demand we look beyond the binary and promote inclusivity.

So, is this suggestive of a fluid future for fashion? Let’s break it down. Though emerging and existing industry players have made strides towards being more inclusive and remedying a fractured system (casting androgynous models for their fashion shows by way of example), their efforts, to date, have somewhat fallen short.

For one, the majority of established brands and retailers continue to adhere to stereotypes by separating their stores and websites by gender. Secondly, they are repeatedly falling into the trap of producing oversized, shapeless garments and slapping on the term ‘genderless,’ even if the piece is more menswear than it is womenswear – and vice versa.

‘Great news! ‘Agender’ fashion has graduated from GREY SACK to BROWN SACK,’ tweeted @lubchansky, echoing a wider sentiment of frustration that gender-neutral is often perceived to be synonymous with boring and dilutes identity instead of catering to it. 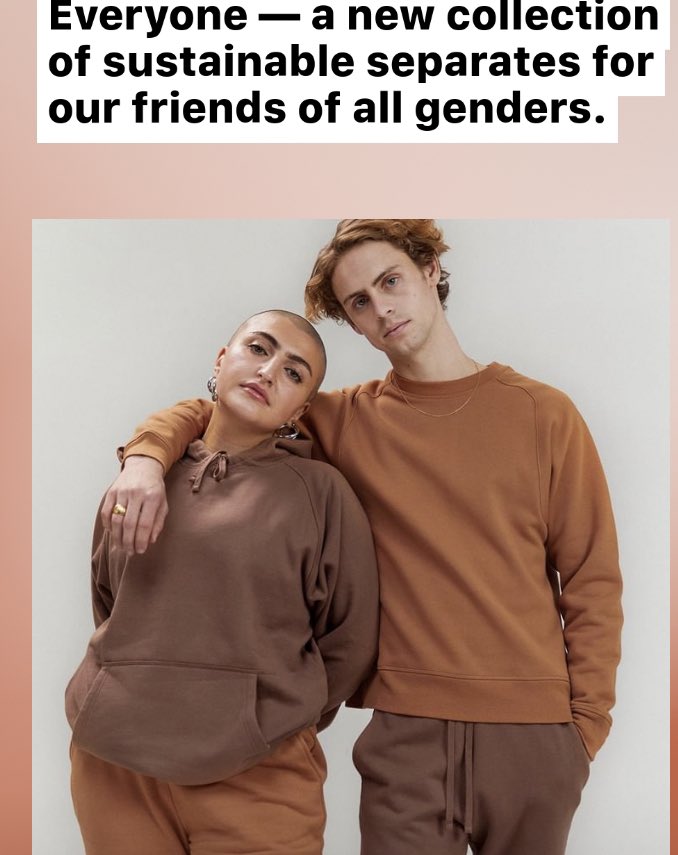 On this note, it can be difficult to distinguish between a brand’s genuine attempt to understand its audience and tokenism, whereby it views genderless design as no more than a trend, a way to pander to certain demographics and streamline production.

This perspective presents a dangerous issue for LGBTQ+ individuals who sometimes face life-or-death situations solely for stepping out in clothing they feel comfortable in.

‘The gender-neutral movement isn’t to be commercialised for sales,’ says retail strategist Katie Smith. ‘For brands wanting to expand into this market, it must come from a place of authenticity, not aesthetics.’ 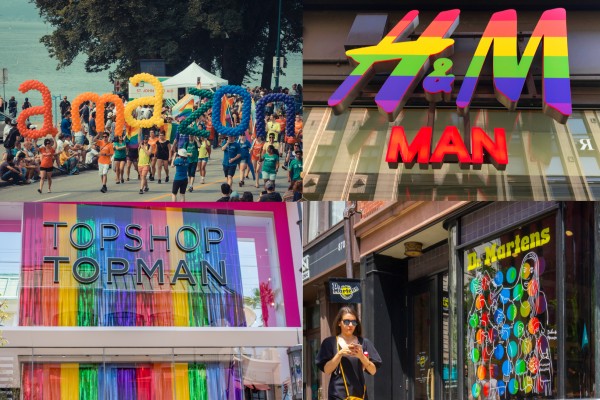 For as long as fashion has existed as a codified set of seasons, it has worked under the assumption that gender exists in binary.

Every aspect of the industry is beholden to the segregated ideas of menswear and womenswear, but with Gen Z’s refusal to be told what is and isn’t appropriate to wear, this outdated structure is being questioned.

‘The way we dress from a gender standpoint is, to a larger extent, a reflection of how we regard gender roles,’ Zeke Hemme told Highsnobiety.

‘As they blur, the traditional fashion identities of both men and women are blurring along with them. As long as we continue to become more progressive in our views of what it means to be a man or a woman, we’ll see more progressive fashion designs to meet the change.’

It’s giving way to a new notion: rather than having designated genderless lines, would it not be more radical if clothes weren’t gendered at all?

As Stella McCartney aptly said upon the launch of her Shared collection, ‘it’s about expressing who you are through what you wear.’

Implying that non-binary fashion isn’t about stripping clothes of the details we’ve been conditioned to recognise as either masculine or feminine, more about removing the labels that dictate which clothes should be worn by who, she emphasises the potential of ‘humanwear.’ A broader concept that leaves plenty of room for absolute freedom of choice.

‘I’d like to eradicate gender-specific dressing,’ she added. ‘Fluidity offers an alternative way of being, crossing, and merging masculine and feminine.’

Bearing this ‘anything goes’ spirit in mind, it’s a wonder we’re still making distinctions at all.

As a result, fashion has no alternative option but to welcome unfettered self-expression with open arms and acknowledge that it really shouldn’t be oppressing people’s understanding of their own gender with its marketing.

Often a tool of rebellion against the status quo, fashion should in fact be the opposite – a force for liberation. Style knows no boundaries and, quite frankly, neither should we. The genderless movement isn’t niche, nor a brief fad, it’s here to stay.