After a decade of campaigns against the discriminatory ban, Facebook and Instagram’s parent company has called for an overhaul to a policy it says impedes freedom of expression for women and trans and nonbinary people.

Despite more than ten years of campaigns, it remains a problem on Facebook and Instagram in particular, where strict community guidelines still prevent anyone from sharing images of female nipples unless, of course, they aren’t real.

Today, the platforms are rife with inventive takes on circumventing these rules.

Some choose to get creative and obscure their nips with paint, glitter, and hair, to name a few.

Others channel their digital expertise and impose a rectangular black bar, blur sensitive areas, or overlay a skin-coloured patch to give the impression their nipples don’t exist at all.

Most, however, are sick and tired of going to so much effort. 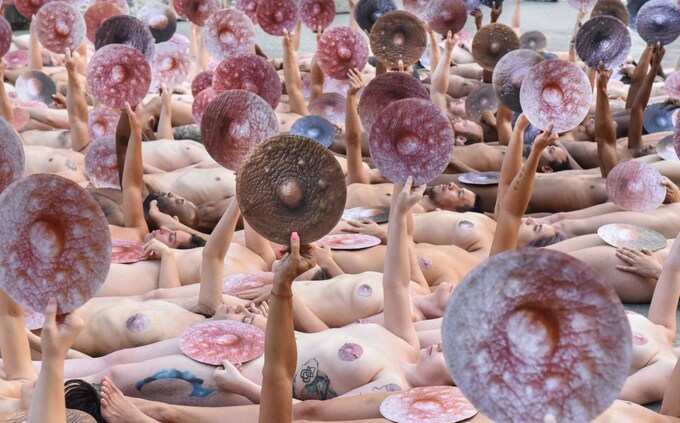 Thankfully, it looks like they won’t have to for much longer because Meta’s Oversight Board – a group of academics, politicians, and journalists who advise on content-moderation – has called for more inclusive policies on adult nudity, saying those currently in place impede freedom of expression for women and trans and nonbinary people.

Has the internet giant finally acknowledged how archaic the fact that only men are allowed to go topless on their apps truly is?

Not quite. According to the Guardian, the move follows Meta’s recent decision to take down two posts from a couple who identify as trans and nonbinary.

In the captions, they discussed that one of them planned to undergo gender-affirming surgery to create a flatter chest and that the duo was fundraising to pay for the procedure. Meta’s reason for the deletion was that the photos (even though neither shows a single nipple) fell under the category of ‘sexual solicitation.’

Obviously, this triggered substantial backlash from the LGBTQ+ community and #freethenipple activists, which is what drove the Oversight Board to examine further. 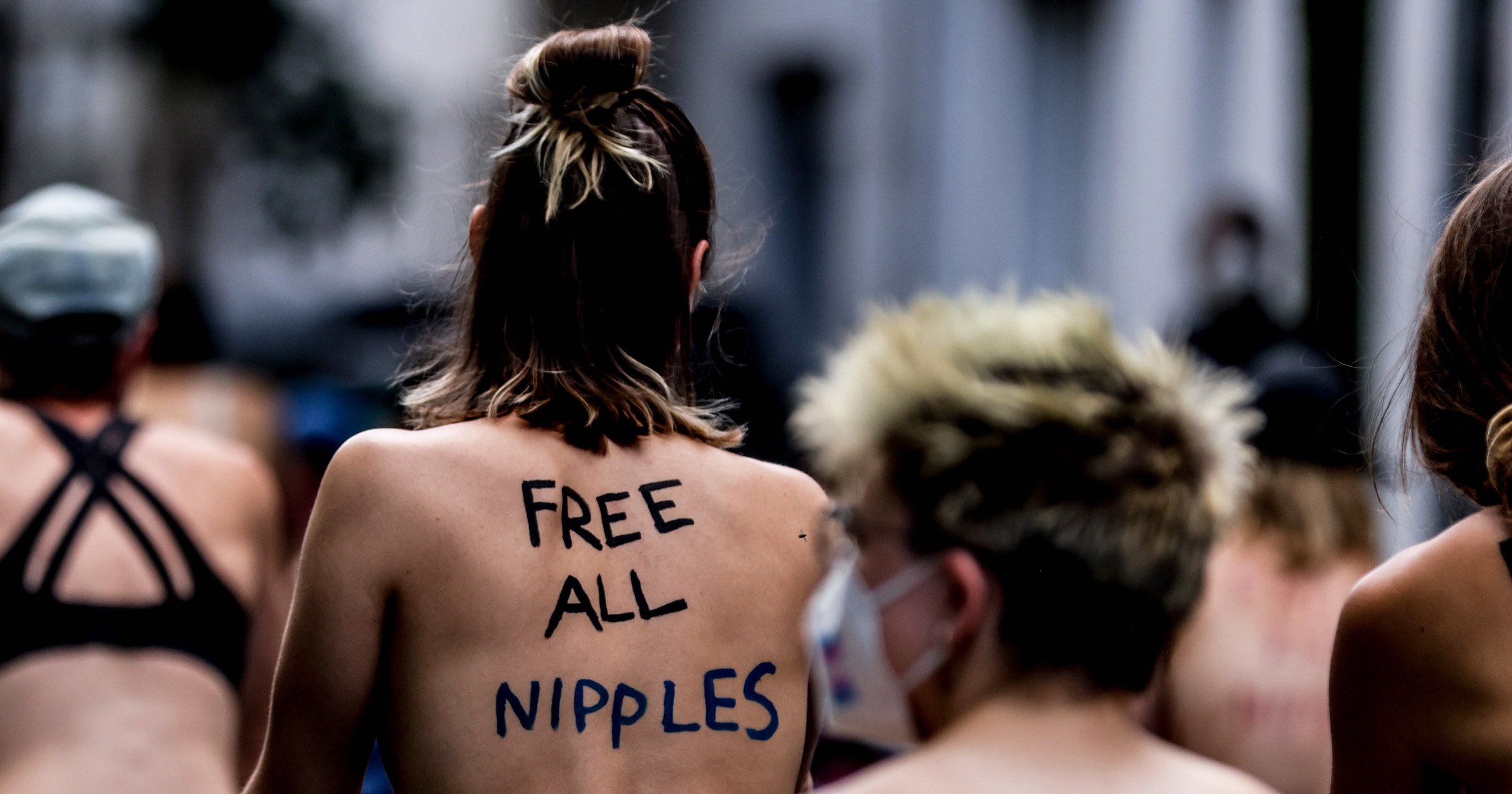 It found that Meta’s policy ‘is based on a binary view of gender and a distinction between male and female bodies,’ which makes rules against nipple-baring ‘unclear’ when it comes to intersex, nonbinary, and transgender users.

Recommending that Meta ‘define clear, objective, rights-respecting criteria’ in terms of moderating nudity ‘so that all people are treated in a manner consistent with international human rights standards,’ it’s taken up the issue of gender and sex-based discrimination beyond just ‘let’s let women be topless.’

‘I think it’s really important to hold on to the goal of allowing all bodies to have autonomy,’ says artist Micol Hebron, whose work focuses on mocking these blatant disparities online.

‘It sounds so frivolous to a lot of people to talk about nipples, but if you think about the ways that governments around the world try to control and repress female-identifying bodies, trans bodies or non-binary bodies, it’s not.’

So, is Meta poised to free the nipple? Only time will tell.

In the meantime, as Micol stresses, how about we continue pushing for bodily autonomy on a wider scale so that these censorships don’t need to be enforced to begin with.