The skateboarder is shaking up the outdated preconceptions of an inherently male-dominated sport. We spoke with her on the importance of reclaiming femininity in skating, working towards a more inclusive athletic community, and improving the visibility of women who choose to compete.

Nowadays, though female athletes are undeniably more visible and increasingly successful, the male-dominated sport industry continues to fail them.

You only need to think back to Osaka’s withdrawal from the French Open due to mental health reasons for an example of this, given how widely the move was criticised by mainstream media at the time.

However, marginalisation isn’t the only thing women who choose to compete – or even participate – are subject to facing on a daily basis.

Last year, a BBC investigation uncovered that almost two-thirds of elite British female athletes have suffered sexism in their sport, with a mere 10% feeling comfortable enough to report it.

Despite progress, misogynistic attitudes evidently persist, primarily within sporting communities notorious for gatekeeping. Of the many still enabling this culture of elitism, one in particular springs to mind: skateboarding.

Regularly deemed ‘conventionally male’ by those with (and often without) a board, it isn’t uncommon for female skaters to encounter harassment or discrimination at skateparks, as well as a lack of representation at major events. 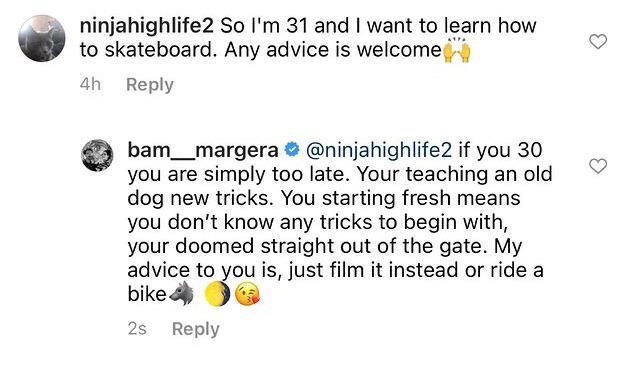 A quick glance at Nike’s skateboarding team demonstrates this, with solely four of its 47 members being women.

And, while you’d think skateboarding’s debut at the recent Olympics with Sky Brown at the helm (part of a bid to make the games ‘more youthful, urban, and inclusive,’) would signify its triumph in distancing itself from this narrative, abusive commentary online targeting Brown’s win in the following months suggests otherwise.

A great deal of work, it seems, is yet to be accomplished. Fortunately, thanks to a number of inspirational women fighting to close the ‘gender play gap’ and achieve genuine equality in skateboarding – including Stefani Nurding with whom I had the pleasure of speaking to about this – substantial changes are well on their way to materialising.

‘I’ve always been unhappy with how the industry ignores women,’ Stef tells me.

A skateboarder since teenhood, she’s no stranger to scrutiny and has made it her mission to eliminate the myth that in order to partake you must be a ‘tomboy’ by reclaiming femininity in a field that promotes masculinity.

Rejecting such labels is a bold statement against the notion that if you’re wearing what’s ‘expected’ of a skater, you’ll be taken more seriously. ‘I believe that skateboarding is for everyone but a great deal of marketing presents it in a way that excludes us which I find challenging because I never wanted to be part of any ‘boys club,’ I just want to do my own thing.’

Stef’s aesthetic is representative of this. Scrolling through her social media, you’ll find plenty of videos where she’s shredding clad in her distinctive style; an amalgamation of traditional skatewear and what most would call ‘girly’ – I’m talking pink fur, tulle skirts, and designer gowns, frequently paired with some startingly high heels.

In fact, her most viral upload – which has amassed a whopping total of 8.6 million views (and counting) on TikTok – sees the fashionista doing kickflips in a dress and stilettos.

Though impressive without a shadow of doubt, the clip prompted an array of negative remarks ranging from ‘doesn’t mean you’re not a poser’ to ‘you’re obviously just skating for attention.’

Stef is refreshingly unphased by this, accustomed to taking damaging rhetoric in her stride and using it to fuel her calls for a skateboarding scene that no longer resides under the outdated assumption it’s for men and men alone.

This is the very mindset she’s seeking to disseminate among her followers and fans.

‘Femininity is seen as a weakness, but it’s not,’ she says. ‘To break down barriers, there’s so much strength in claiming it back and saying “no, I’m here, I’m taking up the space and you’re not telling me otherwise”.’

But this is easier said than done. With the overall goal to put a stop to demeaning language altogether, Stef touches upon the value of keeping an eye on what we say.

‘In my opinion, correcting how we address girls is the starting point for making a difference. We ought to commend them for getting involved rather than focusing on irrelevant details like their looks and perpetuating toxicity.’

Sexism of this nature isn’t confined to the sporting world, of course, but it’s certainly fostered by the prevailing lack of female coverage in the media (and consequent absence of role models).

Assessing the proportion of exposure allotted to women’s sport by both print and broadcast, researchers have found it averages around 4%. Opinion – Raducanu’s victory carries a message that stretches beyond tennis This abysmal level has not only been surprisingly persistent – rarely surpassing 10% regardless of fluctuations during exceptional moments like the World Cup – but has a harmful ripple effect because without airtime, female athletes lose out on sponsorships and coin.

So how can we go about confronting the issue on a wider scale?

Considering the media is a powerful tool for shaping norms and challenging stereotypes, by demanding balanced coverage and a fair portrayal of sportspeople, irrespective of their gender.

‘Improving the visibility of women in sport needs to start at the source, with a push for more inclusive coverage overall,’ says Stef. ‘Maybe skateboarding will be what turns this on its head, the way Simone Bile’s openness about her struggles with mental health in July – an amazing display of strength I might add – shone a light on the importance of ensuring the welfare of young, vulnerable athletes.’

Stef places emphasis on the term ‘athletes’ here, stressing that to achieve genuine equality in skateboarding, and sport in general, men must also be supported when expressing how they feel.

‘Men are supposed to supress their emotions, to ‘man up’, and disregard any hardships,’ she says. ‘If we change the conversation, with women at the forefront, it’ll pave the way for less judgement and teach us all that it’s okay not to be okay.’

It’s for this reason that her skateboard company Salon isn’t targeted specifically towards girls. Aimed at those reluctant to identify with the oppressive tendencies of skate culture, Stef sought to offer them a place of accessibility and belonging.

‘How can I prevent boys from enjoying my work when I expect them to accept me into the skating community without hesitation? I’m really just trying to encourage everyone to like whatever they like,’ she says.

‘Our job with the next generation is to leave behind preconceptions of what’s for who and show them what matters is that you be yourself and do what you want. If everyone stayed true to themselves and just liked what they liked we’d all be a lot happier.’

This determination to smash boundaries hasn’t gone unnoticed, drawing the attention of Smokehead Whisky, which collaborated with Stef on a rulebook that’s literally designed to be ripped up. It’s filled with advice creative contributors and entrepreneurs chose to pay no attention to in the early days of their careers, going with their gut instinct instead.

Stef’s? ‘Be grateful for what you’ve got and stop pushing for more.’

Kudos to you for refusing to listen to the haters, forging your own path, and being an absolute badass who’s rewriting the rules in the meantime.