According to popular online content, if you’re easily distracted, chatty, and energetic, you probably have ADHD. If you’re a little socially awkward and bothered by loud noises, perhaps you’re autistic. Why have we started demonising uniqueness to glamourise neurodivergence? And how is this damaging?

It seems like every other week there is a new personality disorder trending in online spaces. And if it’s one you’ve heard of before, there’s suddenly a novel checklist of ways to ascertain whether you ‘have it’ or not.

In the middle of a brief social media scroll yesterday, I read a tweet that stated if you hate getting in and out of the shower but typically enjoy the middle part, you’re probably – and I quote – #autistic.

I decided to write about this not just because this tweet genuinely made me want to throw my phone out the window of the bus I was on, but because I’ve witnessed countless instances of people in-person and online blaming perfectly normal personality traits on the mental condition of the moment.

It’s not uncommon for people to suggest that their sudden lack of concentration – which can be caused by various reasons including a lack of sleep, too much caffeine or nicotine, or anxiousness and excitement about the future – is a result of being ‘so ADD / ADHD.’

Others who prefer tidy spaces over cluttered corners (who doesn’t?) routinely blame their ‘cleanliness is close to godliness’ mindset on having obsessive-compulsive disorder (OCD). Which, by the way, is a terribly debilitating condition that often manifests itself more prominently as paranoia, anxiety, and repetitive and compulsive actions rather than insisting on having a pristine home. 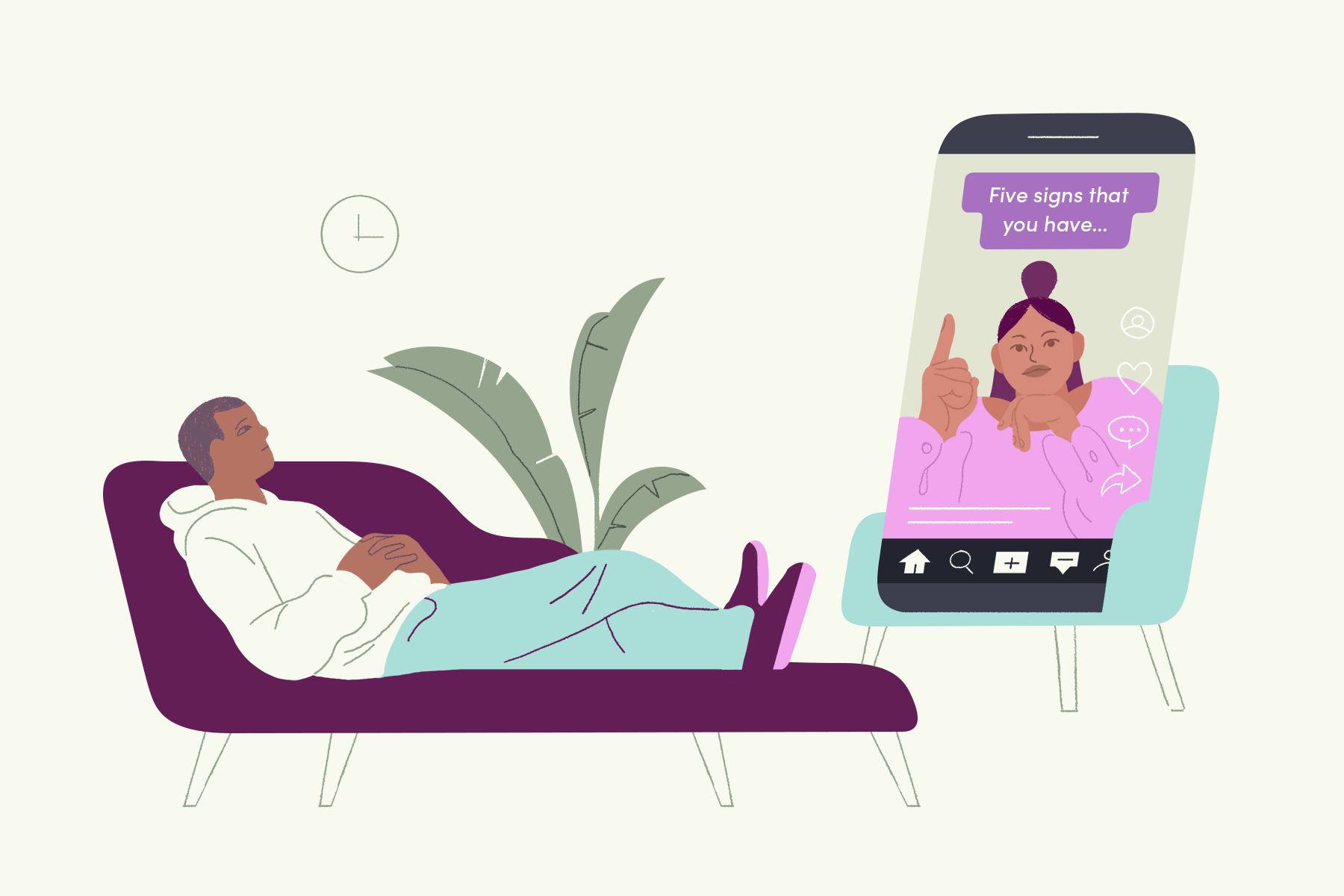 Making matters worse are platforms such as TikTok and Twitter, which are rife with ‘signs you have XYZ mental problem’ messaging styles and other videos offering (genuine to straight-up terrible) advice on how to recognise, process, and heal from a myriad of psychological traumas.

While not a new phenomenon, indications and self-diagnosis of mental health disorders have arguably become sensationalised in the age of social media, where knowledge on any topic can be exchanged quickly and easily. All too often, this results in facts and context becoming warped due to a lack of credibility of the users posting it and those who reshare it.

Of course, an increase in mental health awareness is commendable and important, but when does labelling every quirk or behaviour as either a mental disorder or trauma response risk expecting ourselves (and one another) to be emotionless robots lacking in any uniqueness?  And when does it veer into damaging territory? Opinion – Why HS2 may be a huge infrastructural failure

What experts say about self-diagnosis and social media

There is growing concern amongst medical professionals over video content focused on mental health and neurodivergence in online spaces. It is understood that a wide majority of this content is created by unlicensed ‘mental health advocates’ looking to fuel dialogue that destigmatises mental illness.

In February of this year, content hashtagged with neuropsychological conditions surpassed 50 billion views on TikTok. And despite being generally well-intentioned, reports say that over half of this content is ‘laced with misinformation,’ achieving little beyond clouding the public’s understanding of certain mental health issues.

They warn that long-term exposure to this type of content doesn’t come without consequences either.

Perhaps you recall when teens were developing tics after watching videos of people experiencing Tourette’s syndrome? Or for older readers, when Tumblr users romanticised depression, anxiety, eating disorders, and substance abuse to the point where people struggled with these issues long after leaving the platform for good? 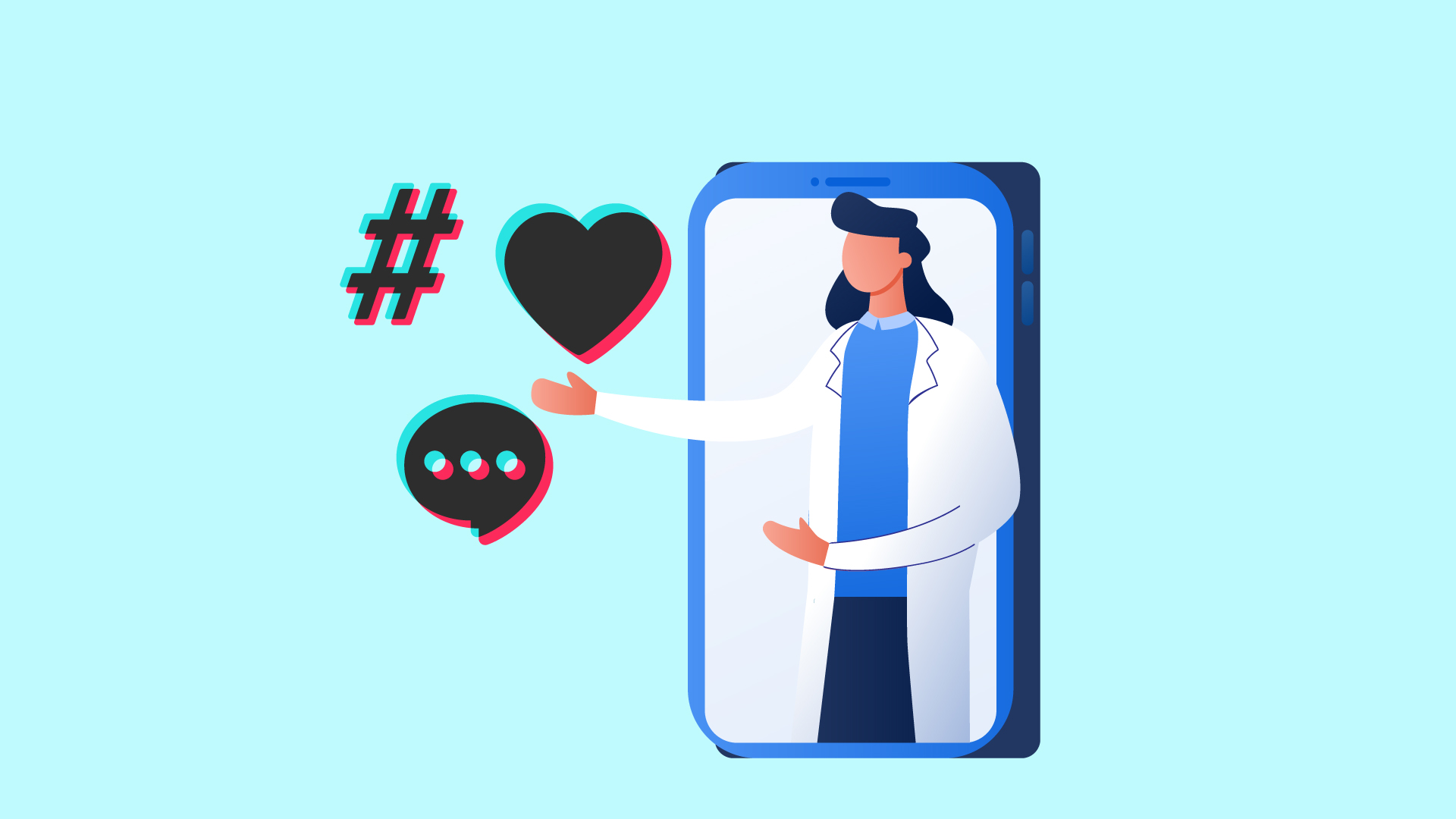 When we’re exposed to the same content over long periods – which is typically the case when our timelines are dictated by algorithms that compilate related subject matter – it’s easy to believe that even the rarest of disorders are extremely common, and perhaps, affecting us.

For example, borderline personality disorder (BPD) is estimated to affect less than 2 percent of the American population and is rarely diagnosed in teens, yet its hashtag has amassed 6 billion views on TikTok. Dissociative identity disorder (DPD) is even rarer, affecting under 1.5 percent of the global population, yet the topic has over 1.5 billion views on the platform.

With TikTok dominated by young people in their formative years who are also in the process of developing their sense of identity, consuming this content has resulted in millions of teens diagnosing themselves as mentally ill.

And considering that most of us are unintentionally exposed to questionable mental health content on social media rather than seeking it out, tons of experts have started weighing in on why we need to be mindful when it appears on our screens.

Why self-diagnosing is problematic

Researchers are worried that being neurologically or psychologically atypical has become a sort of subculture on TikTok and Twitter. After the last few years, we have all shared similar feelings of anxiety induced by the pandemic, making topics alluding to mental health struggles highly relatable.

It’s easy to look at symptoms of a disorder and say ‘omg, I do that!’. In fact, Minnesota-based therapist Shani Tran, LPCC said she and her peers were guilty of seeing themselves reflected in their psychology textbooks before learning more about mental conditions.

While it’s only human nature to ‘pigeonhole’ our experiences in order to shape our understanding of the world and ourselves, psychologists believe when we attempt to catalogue and characterise every element of human nature, it can foster a culture of over-analysis and paranoia that has potential to harm our well-being.

Labelling theory argues that overtly defining people with extreme labels creates self-fulfilling prophecies, which causes individuals to succumb to the stereotype associated with their label. With time, this can be detrimental to the individual’s overall function and self-esteem. 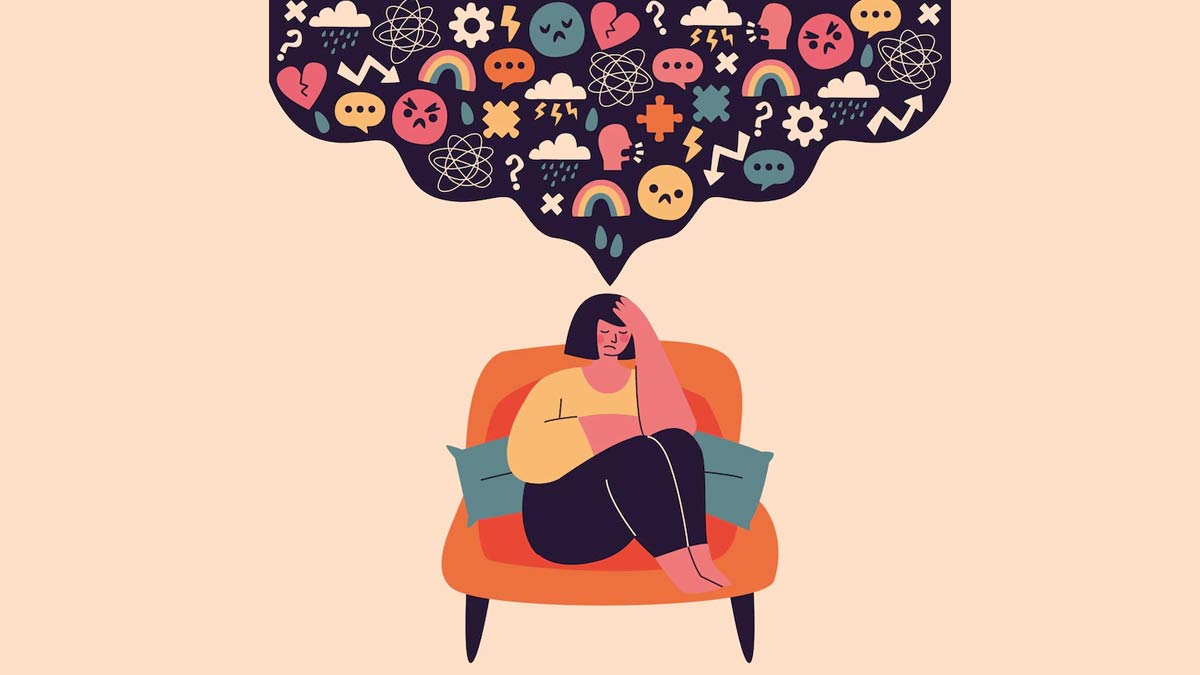 In a 2020 study, those experiencing mental disorders that were first self-diagnosed experienced higher levels of self-esteem issues and perceived stigma than others who were first diagnosed by a mental health professional.

This might be because getting a psychiatric diagnosis is a complicated process that takes multidimensional approaches over time.

And while a diagnosis usually indicates that multiple aspects of an individual’s mental state has become a hindrance to their everyday life, someone pathologizing one or two characteristics associated with a mental disorder can cause trivial negative feelings to worsen.

Anyone who has been diagnosed with mental illness knows that feeling ‘down’ or unsettled for a number of days isn’t the same as having clinical depression or generalised anxiety disorder. But continued exposure to these narratives on social media has caused viewers to look at themselves and think ‘maybe something is wrong with me?’

It feels important to note that self-diagnosis is not only damaging to yourself, but also to people who have been diagnosed with mental illness. Now more than ever, being critical about the content we’re seeing and ensuring information found online is from a credible source is extremely important.

And as a general rule, anyone with concerns related to their psychological wellbeing is better off seeking help or advice from medical professional rather than consulting strangers on social media. Looking at all the other weird and downright insane trends TikTok has promoted, perhaps it’s time we take all content on the platform with a microscopic grain of salt.