Netflix has revealed its first ‘inclusion report’, a handy roadmap outlining how the company will be improving ethnicity and gender diversity for 2021 and beyond.

2020 was a challenging year for film and theatre.

Hollywood productions were being upended and cinemas closed across the board, yet TV subscription services reaped the benefits of a captive lockdown audience and came out on top.

By June of last year Netflix had already secured an additional 10 million paying members compared to the last quarter of 2019, while other services like Disney Plus tripled their subscriber base by Christmas. All the telly hungry folk out there, pat yourselves on the back.

Now, with a new year upon us and hopefully a semblance of normal life returning soon, Netflix is focusing on improving its in-house diversity of available content, on screen talent, and backroom staff – a goal it hopes to achieve with its new quarterly review process centred on hiring.

While Hollywood gradually improves its gender diversity – 16% of 2020’s top grossing movies were directed by women – it isn’t going to shake its notoriety as a male-centric business anytime soon. A disparity built over decades probably isn’t going to vanish overnight, after all.

Netflix is a different beast, however. Under the watchful eye of ‘inclusion strategist’ Verna Myers it’s given itself a great chance of becoming an equal opportunity company over the next few years.

Having already received praise in 2020 for filtering revenue through Black-owned banks and making substantial pledges to support Black creators, the ‘inclusion report’ helps to keep track of and further diversify the ranks at Netflix.

What does the report tell us?

Since Myers’ introduction in 2017, the signs are certainly promising.

Thanks to October’s report, the gender misgivings of the movie industry are fast being disassociated from Netflix, with women making up close to half (47.1%) of the 8000 strong workforce in the US – 47.6% of all senior leadership positions are also currently held by women.

As much as 46.4% of Netflix employees today hail from underrepresented racial/ethnic backgrounds including Black, Latinx or Hispanic, Indigenous, Middle Eastern, Asian, and of Pacific Inslander decent. Impressive stuff, eh? 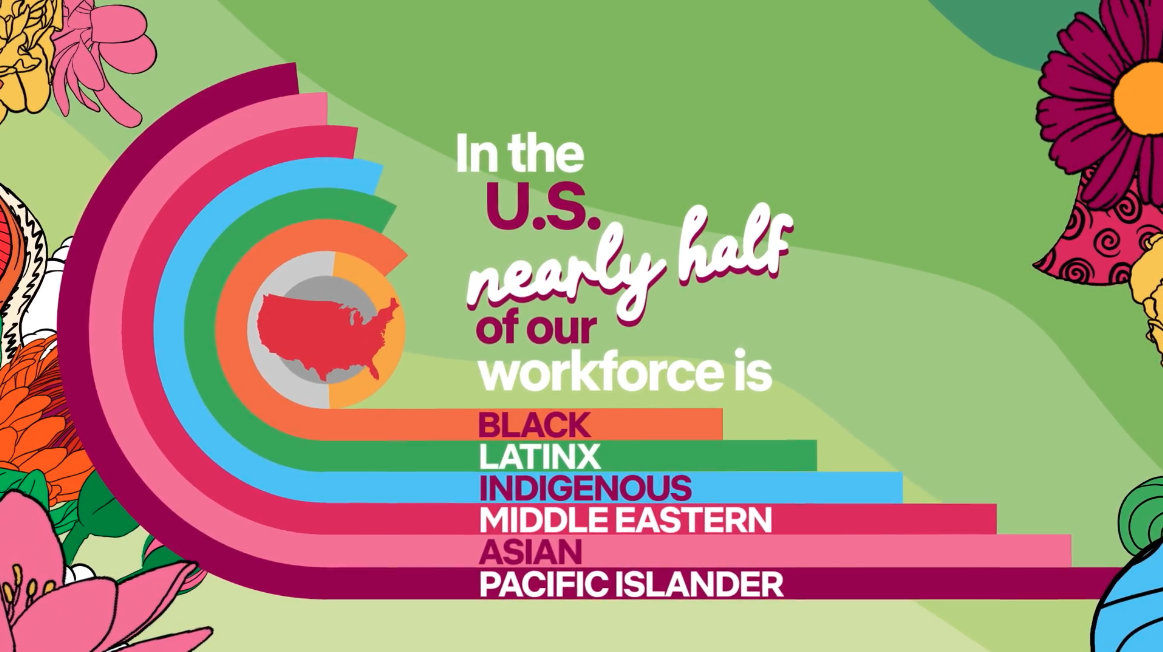 Crucially, with the Black Lives Matter movement gathering such strength across the US in 2020, the number of Black staff has doubled to 8%, which is far closer in line with (but still behind) the metrics of the US population. 9% of all leadership roles at Netflix are held by black persons too.

While the numbers here are unerringly positive, the company has revealed that it must to do better in representing Hispanic or Latinx minorities. Up 6% from 2017, the 8.1% of workers hailing from such backgrounds doesn’t accurately represent their 18.5% of the US population, and that’s a disparity Netflix aims to close in future reports. The strategies at play

The inclusion report doesn’t just include metrics though, Netflix has also unpacked some of Myers’ strategies for building a more inclusive workspace. Rivals, take note.

For instance, the goal of boosting the representation of female, Black, and Latinx talent in technical roles was achieved through dedicated coaching sessions which offered both philosophical and practical coaching.

The head of inclusion for the product and tech teams, Wade Davis, headed sessions to instil an introspective attitude in those involved in hiring. Through what Netflix describes as an ‘inclusion lens,’ a perspective member of the 17-person inclusion team would then sit in on meetings to help spot further instances of bias, ways a decision may impact underrepresented groups, and to generate new ideas for embracing people’s differences.

2021 = a new movie EVERY WEEK on Netflix. Here's a sneak peek at 27 of the biggest, brightest, fastest, funniest, feel-good, feel-everything films and stars coming to Netflix this year pic.twitter.com/iCr1ZPrc7W

As you can imagine, ingraining a collective mentality across a giant organisation like Netflix is no simple task, and that’s why regular workshops are hosted by the likes of Myers. The report highlights a particular exercise from 2019 that encouraged execs to identify their privileges. As you’d expect being white and without disability were too common answers.

‘It was powerful to hear some of the most talented people in our industry be so vulnerable about their experiences being marginalized,’ Myers said of the workshop.

At its core, the overarching purpose of the inclusion report is to ensure that employees ‘feel like they have a home,’ and that they feel ‘reflected at work.’ The movie industry in that regard still has a long way to go, but if arguably the biggest proprietor of film and TV today continues to push for something close to total equality, then one day we might achieve it across the board.