Africa’s second most populous nation is in perilous danger of being swallowed by old ethnic tensions.

As the world waiting anxiously for the results of the US federal election last Wednesday, Ethiopian Prime Minister Abiy Ahmed sent troops into the restive northern province of Tigray to face regional soldiers of the Tigrayan People’s Liberation Front (TPLF). Abiy’s federal government, based in Addis Ababa, justified its move with allegations that TPLF mercenaries had attacked a federal military base within Tigray. The crisis escalated quickly, and at present heavy casualties have been reported on both sides.

Tensions between the national government and ethnic leaders, most prominently the TPLF, have been simmering for months. Now, Ethiopian military officials have stated that they are ‘pounding targets with precision’ in Ethiopia’s rebellious northern region, and the country risks breaking out into civil war. 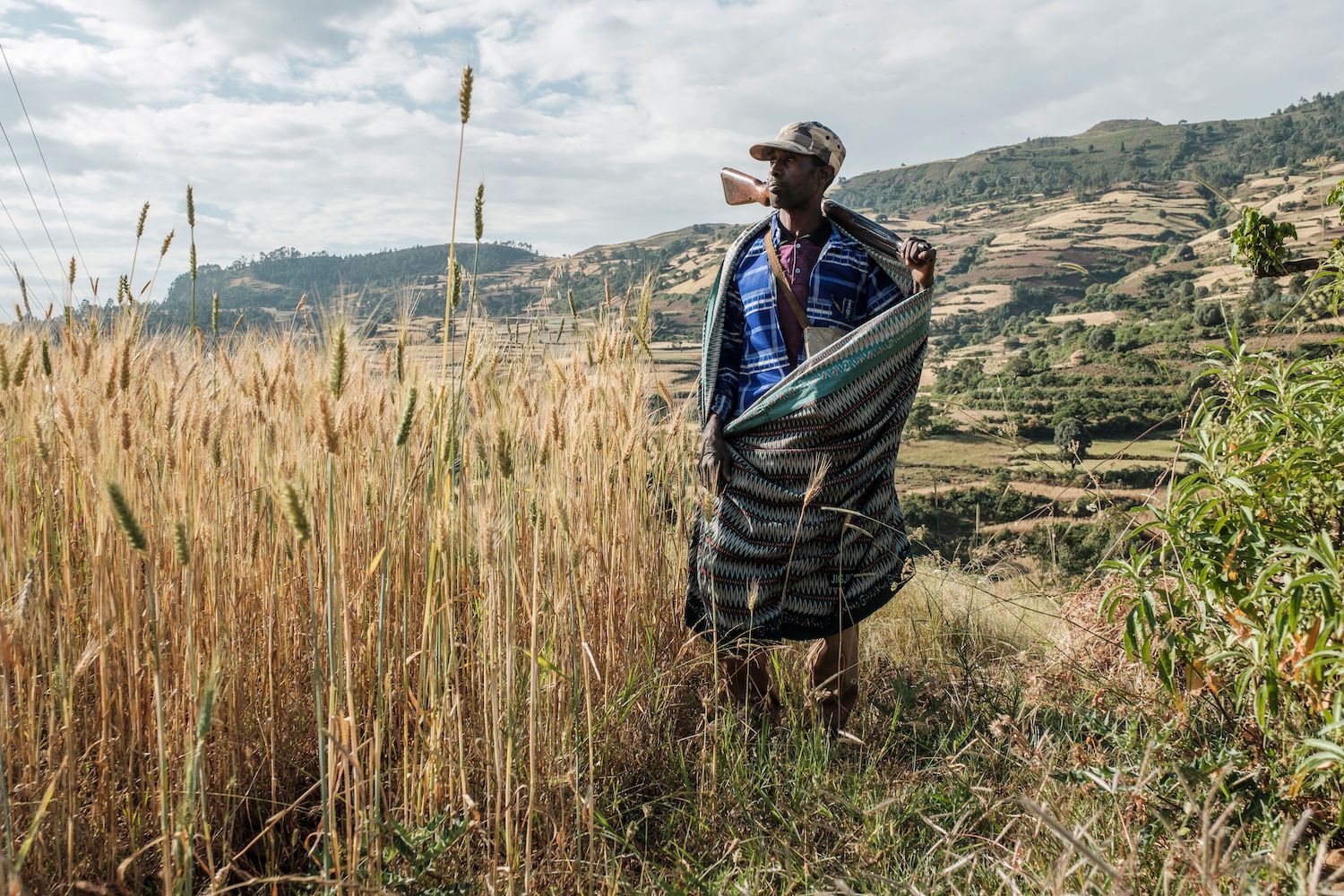 How did this happen?

Ethiopian politics operates under a system of ‘ethnic federalism’ – whilst it has a centralised government, the nation’s constituent parts are carved out along ethnic lines and jockeyed over by parties promising the best deal for the ethnicities within them. There are dozens of ethnic groups of Ethiopia, which has a population of 112 million – the second most populous nation in Africa. Yet, for all this diversity, the wealth and power in Ethiopia has traditionally been concentrated in the hands of the few.

For years the ethnic majority – the Oromo – were marginalised by a string of emperors and eventually a Marxist junta who attempted to centralise power and homogenise the country. After the junta were overthrown in the 90s by ethnic dissidents, Africa’s oldest nation state was held together by a loose and tumultuous ethnic federation, with each sub-regional group seeing an opportunity to increase their share of the power. One group declared complete independence from Addis Ababa, forming Eritrea – the nation state with which Ethiopia would be at war until 2018.

Enter current Prime Minister Abiy Ahmed, who ascended to power in 2018 on a wave of support spearheaded by his own ethnic Oromo group. Ahmed quickly set about reaching a peace deal with Eritrea (for which he was awarded the Nobel Peace Prize) and consolidating the power of Ethiopia’s central government, dissolving several ethnic parties into his pan-Ethiopian Prosperity Party in 2019.

However, what might seem intuitive – shoring up a ubiquitous hub of power to consolidate values around policy rather than ethnic divisions – angered Ethiopians, particularly the Oromo who assumed Abiy’s agenda would include elevating their seat at the national table. The Tigrayans, a proud ethnic group comprising six percent of the population who had led the movement against Marxism in the 90s, also felt themselves shunted from a relatively (and perhaps disproportionately) privileged position in government.

The anger of these ethnic groups at Abiy’s regime came to a head earlier this year when Addis Ababa postponed federal elections that were due to take place due to Covid-19, extending the government’s mandate which was due to end in October 2020. Opposition leaders from all sides of the ethnic spectrum saw this as a power grab by Abiy, and unrest was the predictable result.

Unrest turned into riots in June, however, with the assassination of well-known Oromo singer and activist Hachalu Hundessa. Whilst Oromo leaders and commentators fingered the government for the murder, Abiy’s regime accused a variety of figures and began arresting opposition members.

Elections have been tentatively postponed until next year, but certain ethnic groups – notably, the Tigrayans – refused to recognise Abiy’s rule past his projected October mandate. The TPLF held its own regional elections last month, producing a regional government that didn’t recognise Addis Ababa’s authority and that Abiy doesn’t recognise in turn. Where we are now

Since the election of a technically unconstitutional TPLF government, the federal government has restricted federal funds away from Tigray’s regional leaders and sent it instead to local administrators – a move the TPLF states is ‘tantamount to a declaration of war.’

Rhetoric spilled over into armed conflict last week when Abiy accused leaders in Tigray of attempting to loot the national military’s Northern Command, launching a military offensive in response.

Operations by federal defence forces underway in Northern #Ethiopia have clear, limited & achievable objectives — to restore the rule of law & the constitutional order, and to safeguard the rights of Ethiopians to lead a peaceful life wherever they are in the country.1/2

The situation is particularly dangerous for Abiy’s government, and the people of Ethiopia, because the country’s 10 semi-autonomous regions each have their own police and militias. The precarious agreement that had kept these regions at peace seems to be crumbling, setting the nation up for a very bloody conflict.

It has been difficult to gain up-to-date intel from the region since last Wednesday. According to Abiy’s active Twitter account, the government’s ‘law enforcement operations’ in Tigray are ‘proceeding as planned’. He continues, ‘[We] will cease as soon as the criminal junta is disarmed, legitimate administration in the region restored, and fugitives apprehended & brought to justice.’

This doesn’t sound like the language of someone attempting to reach a national dialogue from what he now undoubtedly classifies as a rogue state.

The pandemic has proved to be a mixed blessing for Abiy’s administration. Delaying the elections has allowed it to sideline opposition leaders whilst cracking down on critics, creating a 2021 election environment that seems to favour the status quo.

However, even if it manages to successfully repress this Tigray uprising (as it’s likely to do), the events of the past few months might lead the Ethiopian people to look on their government unfavourably. The inevitable continued insistence by the TPLF that any delayed elections are illegitimate may fall on ripe ears, putting the result into suspicion.

Concerns that Ethiopia will descend into chaos are unfounded & a result of not understanding our context deeply.Our rule of law enforcement operation, as a sovereign state with the capacity to manage its own internal affairs, will wrap up soon by ending the prevailing impunity2/2 pic.twitter.com/YMaRbhfFOw

Whilst Abiy has cast off concern that his nation is heading into an all-out conflict, the presence of military operations in a nation where ethnic tensions have been broiling for decades is undoubtedly concerning. Ethiopia is still healing from its war with Eritrea – a nation state whose very existence will act as a beacon to Tigrayan separatists. The TPLF are unlikely to put down their banners until either Abiy’s government is dissolved, or their splinter movement evolves into annexation.

Abiy has always been far more successful at laying out goals for economic reforms than outlining a clear strategy for political reform, which have always been hazy. As TIME foreign affairs expert Ian Bremmer points out, ‘The reversal of some of his early victories in reforming one of Africa’s most repressive countries, like re-arresting journalists and undermining opposition groups he only recently welcomed back from exile, was a disappointment for many looking for “reforms” as commonly conceived of in the West.’

Abiy’s ultimate goal is to move Ethiopia away from ethnic politics, closer to the kind of secular federalism that exists elsewhere. The trouble is, it’s not clear that this is what Ethiopians want. Lasting reforms will need buy-in from the Ethiopian people, and alienating one of the nation’s most powerful ethnic groups does not seem like a very comprehensive strategy towards achieving this.