Egyptian women are still fighting for their freedom via social media, but the cost is terrible.

Social media continues to bring both justice and persecution to Egyptian women, as a number of lukewarm proto-feminist decisions by the Egyptian courts have failed to quash the nation’s ‘me too’ movement.

In response to a wave of protests that began circulating online in May, which saw women use TikTok to publicly speak out about their experiences of sexual assault and challenge modesty customs, the nation’s authorities have made scant concessions to women’s rights.

A TikTok posted by Aya Khamees, taken in the immediate aftermath of a violent rape at a party, was the catalyst of a movement that seemed to burst forth from the women of Egypt this summer, leading to mostly digital protests against a complete lack of gender equality before the law. 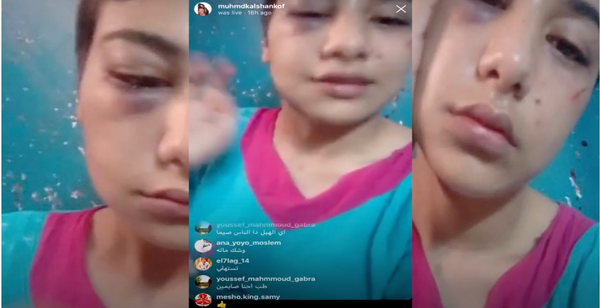 Khamees recently left a three-month rehabilitation program in the wake of her attack. Her story is a perfect microcosm of the kind of tepid justice social media is helping Egyptian women receive.

Khamees was arrested, along with her rapist and the other party guests, three days after her video went viral, which sees her covered in bruises and cuts and in obvious distress. She was charged with prostitution, drug use, and violating a crime recently added to Egypt’s penal code: violation of family values.

But as the TikTok continued to spread internally and beyond Egypt’s borders, a hashtag campaign arose demanding Khamees’ release. Eventually her charges were dropped on the provision that she complete a rehabilitation program.

Though curtailing charges against a rape victim is a pathetic justice, Khamees’ exoneration continues to be one of the sole bright spots in the campaign for freedom Egypt’s women are now waging.

In July, dozens of women went public with accusations in a serial assault case, leading to the arrest and prosecution of multiple rapist Ahmed Bassam Zaki at his home in an upmarket suburb of Cairo. In another high-profile case, a woman testified against a group of wealthy young businessmen, accusing them of gang-raping her years ago in a five-star hotel. 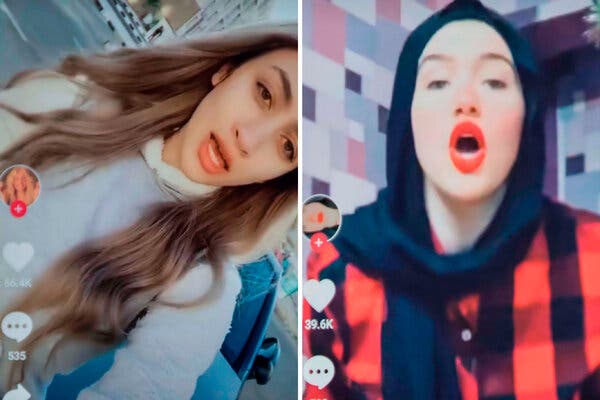 Seeing these unprecedented victories, hundreds of reports poured into the National Council for Women with accusations of assaults. The groundswells of revolutionary progress had been brewing in Egypt ever since the Arab Spring uprisings, and feminist activists were quietly stoking fires online for years. Social media was one of the few remaining precincts of free expression under the rule of President Abdel Fattah el-Sisi, whose government tightly controls traditional media like television and newspapers.

Unfortunately, however, that voice can only project so far. Hitting back against the culture war fermenting on platforms like TikTok, the Egyptian court made a series of arrests throughout July and August of female TikTok stars on charges of ‘violating family values’. Nine women were detained and at least seven are now serving out sentences in prison.

Clearly, these overtures towards justice are reluctant concessions rather than genuine indications of genuine reform, with courting the law’s protection seemingly predicated on class. Whilst the hordes of women who accused the wealthy Ahmed Bassam Zaki of assault through the dedicated Instagram page @assaultpolice were mostly upper class, the ‘Tiktok girls’ (as they’ve come to be known) were from working-or middle-class backgrounds.

Traditionally, the working class in Egypt uphold a more socially conservative, patriarchal vanguard state that heavily polices women, and have far less clout with the law.

Convoluted regime of Sisi in Egypt. Either he does not have absolute control or Egypt has slides terribly down on the path towards women rights. #EgyptNileRights Egypt imprisoned tiktok girls. @Nervana_1 Some Egyptian commentators and human rights groups have contrasted the lionization of Mr. Zaki’s accusers with the treatment of the women jailed for posting TikTok videos, but it’s clear that the Egyptian authorities would come down on the side of the rapist in perpetuity were they able to. The state is pushing back against what some argue amounts to the unravelling of the country’s fundamental values.

A cybercrime law passed two years ago, partly in an effort to regulate social media, created the crime of violating ‘Egyptian family values.’ The values were not defined, leaving it to judges and prosecutors, most of whom are men, to decide what constitutes a violation. Under this law, social media has become not just a vehicle for change for Egyptian women but a highly contested and often perilous space.

The court transcripts during the trial of one of the TikTok girls records prosecution lawyer Mohammad el-Sehemy gesturing furiously at a picture of a women, fully clothed, in the backseat of a car. ‘Look at this!’ he yelled at the jury, ‘It’s suggestive in ways that don’t fit our society!’

When asked why such a photograph of a woman violates the family values law but an identical picture of a man would not, el-Sehemy replied ‘what indecent thing can a guy do?’

It seemed for a time that Khamees’ answer to that question was inarguable, even by the courts. Prosecutors were able to prove that she was raped twice that night in May, and a video of her, shaking, dressing herself after her attack and then being slapped in the face by another man videoing her also went viral. But the fact that the defence tried to use that video to discredit Khamees, stating it showed her in the aftermath of committing the shameful act of prostitution, outlines how counter her vindication runs from prevailing narratives in Egyptian society.

There are no official numbers publicly available that disclose incidences of sexual assault in Egypt, but experts say that the actual number reported are a fraction of what occurs. Sexual assault investigations, if they’re undertaken by police at all, usually entail voyeuristic levels of scrutiny into the woman’s sexual history, and if the victim is discovered to have not been a virgin at the time of her attack, the case is usually dismissed.

‘If a girl had sex in previous relationships, there’s this sense of why not him as well?’ said Hoda Nasralla, Khamees’ lawyer.

But, as the fates of the TikTok girls reveals, case dismissal is far from the worst outcome of attempting to claim sovereignty over your own body as a woman in Egypt.

Though in her sentencing it was acknowledged that Khamees was a victim, the three-month program she was ordered to attend was allegedly meant to ‘reform her’, and ‘correct her’ away from social media. She’s since deactivated her old accounts and started new ones, where she still sings and dances, but this time always in clothing that fully covers her chest and shoulders.

‘It’s backward’, she said in a recent interview, ‘but I have to get in line and be backward. We’re not in America.’ 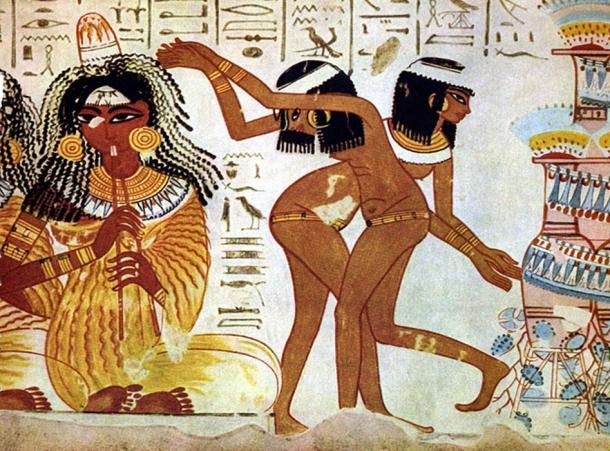 Narratives that claim Egypt is a changed state since feminism had its moment there this year are far from the mark. However, there still lingers a fleeting hope that if brave women continue to step forward and use their social media presence to assert a sense of self-worth and freedom (even if the latter is thus far mostly imagined) they’ll have strength in numbers on their side. Whilst one should never underestimate the fascist potential of a determined state, it’s harder to lock up thousands of women than a dozen.

‘I want to see the people who hurt me go to jail,’ continues Khamees. ‘I will walk with my head held high or I will unleash all hell on this country. Just look what I managed to do with a five-minute video.’

Khamees joie de vivre is inspiring, and perhaps her and her comrades will amass enough of a movement online to see Egyptian law change in the future. But, undoubtedly, the fight will not be won without a few more sacrificial lambs heading to the slaughter.