Jeopardising aid efforts, the ban on female employees is the fundamentalist group’s latest move to curtail their freedoms in Afghanistan.

In 2021, the world watched in horror as the Taliban, taking advantage of America’s withdrawal from the region, seized power in Afghanistan.

Triggering concerns that this would signify the country’s return to its repressive past, one entirely absent of basic women’s rights, female citizens began to once again dread confinement indoors, deprivation of agency, and violent control measures.

This was commonplace between 1996 and 2001, a five year period that saw women forbidden from seeking employment and girls from attending school, all of them obliged to wear a full face and body covering and be accompanied by a male chaperone if they wanted to venture out of their homes.

In the time since, millions of girls have received an education and women have been granted a range of new societal opportunities.

After two decades of relative autonomy, however, these gains – touted as one of the most noteworthy humanitarian accomplishments in recent history – were elapsed, and the dreams of an entire generation of Afghan women raised alongside a hope they could eventually live within a fair democratic state were quashed before the Taliban’s relentless advance. That’s in spite of the fundamentalist group’s promises to respect female citizens ‘within the limits of Islam’ and introduce a regime with less discrimination.

A pledge which was, back then, largely disputed by NGOs wary of the Taliban’s tactics.

‘Women are afraid of the fact they might be doing this to make sure the Taliban has a peaceful transfer of power and as soon as international forces are out of Afghanistan, all the doors will be shut for them,’ said former deputy minister of affairs, Hosna Jalil, during the takeover.

‘They are just saying these things to appeal to the international community, but in time they will become just like they used to be,’ echoed an equally cynical Kabul resident. ‘They are not the progressive people they are pretending to be.’

Today, these fears have unfortunately been realised.

VIDEO: Aid groups say they have been "pushed against a wall" by the Taliban prohibiting Afghan women from working for NGOs, a ban that has left a dangerous gap in life-saving support. pic.twitter.com/MiwHTq5CJ2

In addition to banning girls from attending school in March and then universities in December, the Taliban has now told female employees of foreign and domestic non-governmental organisations to stop going to work.

This latest move to curtail their freedoms was imposed by a letter from the economy ministry, which states that the edict is due to some women allegedly not adhering to the administration’s interpretation of Islamic dress code. Until further notice, non-compliance will result in revoking the licenses of said NGOs.

Expressing the widespread condemnation this decision has drawn, Save The Children, CARE, and the Norwegian Refugee Council (NRC) have all said they are unable to function effectively without their female staff.

In a joint statement, the trio said: ‘without women driving our response, we would not have jointly reached millions of Afghans in need since August 2021.’ 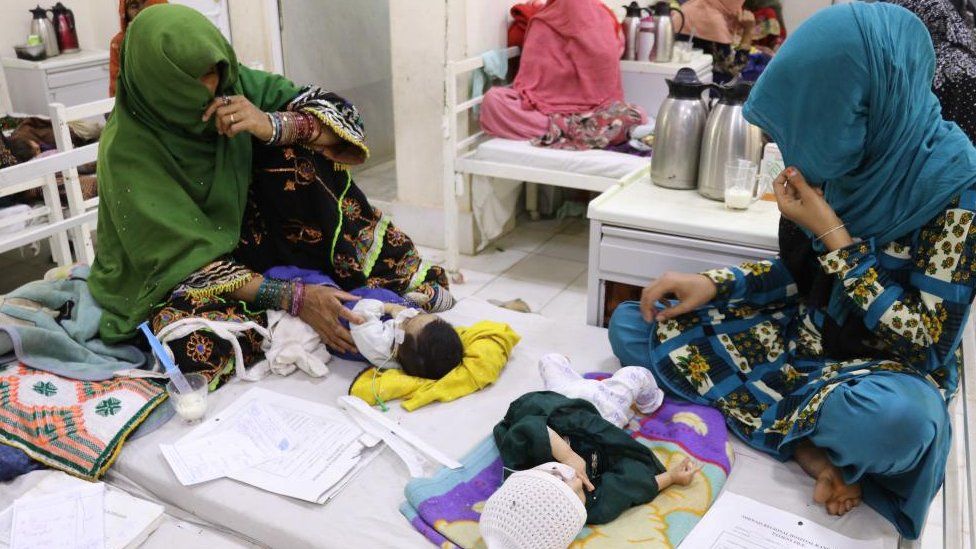 ‘Beyond the impact on delivery of life-saving assistance, this will affect thousands of jobs in the midst of an enormous economic crisis.’

‘Whilst we gain clarity on this announcement, we are suspending our programmes, demanding that men and women can equally continue our lifesaving assistance in Afghanistan.’

The potential endangerment of aid programmes that millions of Afghans access comes when more than half the population relies on external assistance following war, a pandemic, drought, and the global fuel and food shocks from the Ukraine-Russia conflict, and amid the mountainous nation’s coldest season.

The longer this continues, the greater the already high risk of famine and malnutrition within the country.

It will drive families into progressively more desperate circumstances; already, there are reports of people selling kidneys and of an increase in girls forced into child marriage.

Deeply concerned that the Taliban’s ban on women delivering humanitarian aid in Afghanistan will disrupt vital and life-saving assistance to millions. Women are central to humanitarian operations around the world. This decision could be devastating for the Afghan people.

‘We simply need women to be able to serve women and work with women to improve their situation,’ said Christian Jepsen, regional communications adviser for the NRC, which has put its Afghanistan work on hold as it lobbies to try to undo the restrictions.

‘That’s the tragedy of the situation because it’s impossible to reach the most vulnerable. We have a large number of female-headed households that will simply no longer be able to connect with our programs, and we can’t reach them without women.’

Separately, Islamic Relief has temporarily suspended non-lifesaving activities in Afghanistan including projects that support impoverished families to earn a living as well as education and some healthcare projects.

It’s calling on the Afghan authorities to immediately lift the ban, which the United Nations and G7 are currently in the process of pushing for as well, warning that ‘gender persecution may amount to a crime against humanity’ if a reversal is refused.

The meeting is expected to take place in the coming week when officials will sit down with Taliban leaders.