Amid rising inflation and unemployment, Indigenous groups in Ecuador have defied a state of national emergency imposed in three provinces as they continue to protest the government’s economic policies.

The mass demonstrations demanding cheaper fuel and food are a response to rising poverty across the country, which has been exacerbated by the coronavirus pandemic.

‘This is a show of strength until the government listens,’ protestor Manuel Cocha told AFP.

‘We have to resort to resistance in view of the national government putting in place more and more policies of death, which don’t allow us to sustain our small economies.’

Like many of its Latin American neighbours, Ecuador is extremely vulnerable to changes in global commodity prices.

They were driven to leave the Organisation of Petroleum Exporting Countries in 2020 due to fiscal problems and since then, fuel prices have risen sharply, almost doubling for diesel from $1 per gallon and increasing from $1.75 to $2.55 for petrol.

This objection to the fact that poorer citizens are unable to afford the change, alongside built-up anger and frustration towards the sustained marginalisation of Ecuador’s Indigenous groups, is why the community – which makes up over one million of the country’s 17.7 million inhabitants – is still pressing on with demonstrations.

Against the efforts, that is, of President Guillermo Lasso, who on Sunday announced he would be enforcing a series of restrictive measures in a bid to end the conflict. Namely the mobilisation of Ecuador’s armed forces to maintain order, the suspension of civil rights, and a curfew from 10pm to 5am, all of which is due to last for 30 days in areas that have seen greater violence including Imbabura, Cotopaxi, Pichincha, and Quito. Is Peru veering towards a humanitarian crisis like Venezuela’s?

Unfortunately, this has done nothing to deter protestors (currently also comprising students and workers), who have set up some 20 roadblocks using piles of burning tyres, trees, and mounds of earth to cut off access to the capital.

‘The problem with this is that most Ecuadorians are not in agreement with the protests because they are not peaceful and it is not the government’s fault prices are increasing,’ an Ecuadorian citizen told Thred.

‘It’s also important to note that while not all Indigenous people want to be involved, community leaders are forcing them to be, or face a $30 fine.’ 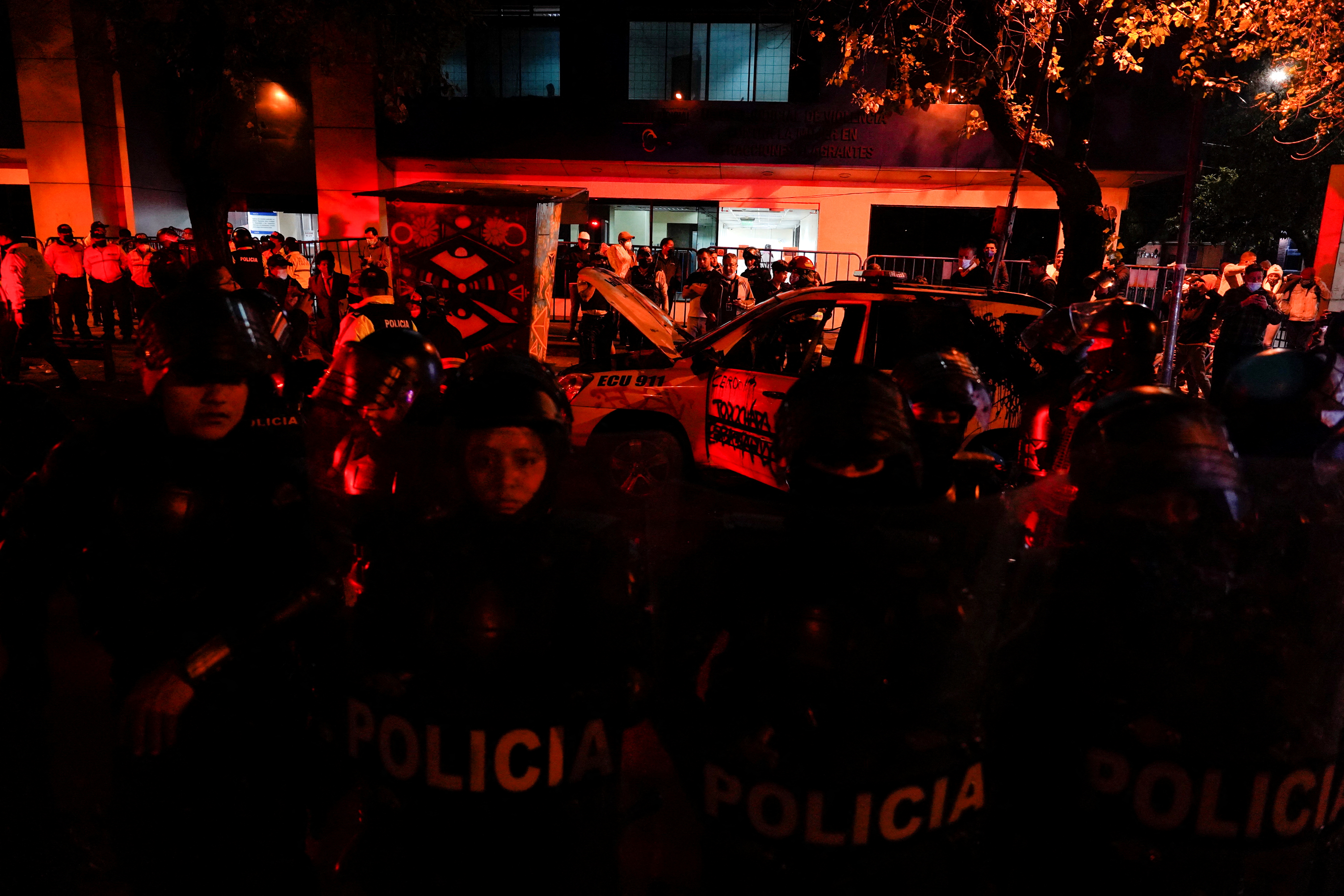 In fact, regardless of Lasso’s decision (following clashes that left at least 83 people injured and many arrested) to slightly raise monthly subsidies paid to Ecuador’s poorest, as well as a programme to ease the debt of those who have loans from state-run banks, protestors are now looking to overthrow him.

Unless he meets their ten demands, of course. These include the reduction of prices to $1.50 for diesel and $2.10 for petrol, food price controls, the prevention of any further expansion of Ecuador’s oil and mining industry, more time for small and medium size farmers to pay their debts, and the renegotiation of the personal bank loans of about four million families.

‘I am committed to defending our capital and our country,’ the president said on television, after an unsuccessful meeting with Indigenous leaders to dissuade tensions.

‘I called for dialogue and the response was more violence. There is no intention to seek solutions.’