We waited too long to stop CO2 from taking over our atmosphere, and now we’re in danger of waiting too long to turn off the plastic tap.

A billion more tons of plastic are set to blanket the earth by 2040. In the next two decades alone, 710 million tons will enter our waterways and cover our land based only on what we’ve already thrown away. Plastic takes over 1000 years to degrade, and if we don’t improve our waste management, soon we’ll be swimming in it.

Whilst the imminent and unprecedented damage of micro-plastics (particles less than 5mm in length) has quite rightly been dominating the climate hawk airwaves lately, the literally ‘bigger’ threat of macro-plastics has been sliding under the radar. But a study published in the Science journal last week has re-ignited the waste management debate, starkly laying a future of insurmountable plastic waste lest individuals, and more importantly companies, make massive behavioural changes. 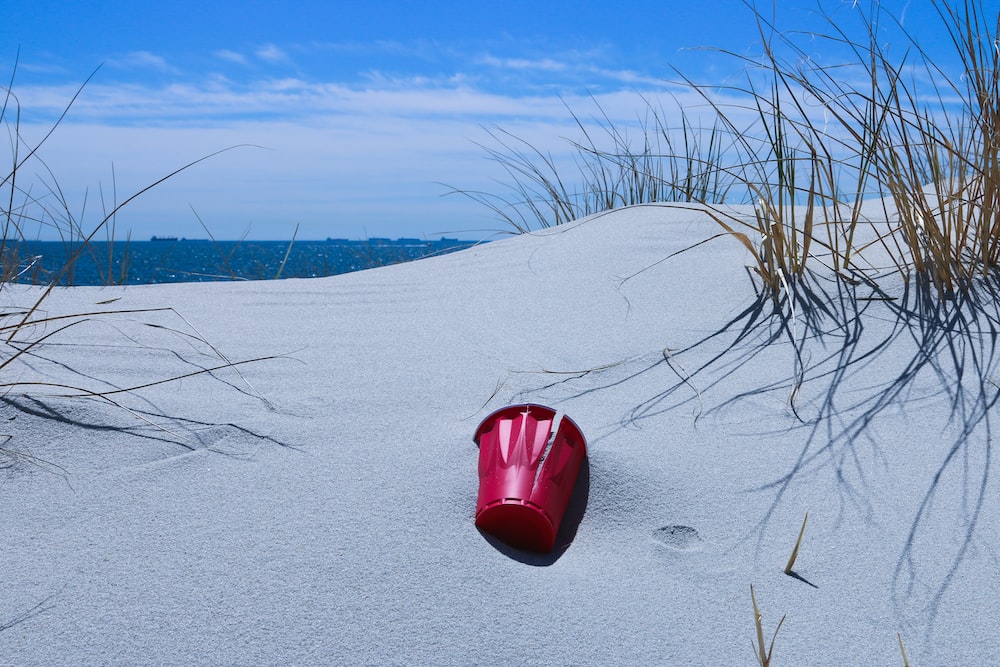 The study, developed by non-profit Pew and modelling company SystemIQ, starts by whimsically asking you to picture your favourite stretch of coastline. It then asks you to imagine each square meter of that beach or cliff face covered in 50kg of plastic bottles, takeaway containers, discarded cling film, and polystyrene foam.

‘Now imagine that’s happening for every meter of coastline around the world’, the studies co-lead author Richard Bailey, who studies environmental systems at the University of Oxford, told Wired. Such a scenario will evidently be our reality in two decades if we fail to conduct a comprehensive review of the cycle of plastic consumption.

Compounding these terrifying stats, the study indicates that in many places it’s standard practice to burn plastic waste that can’t be easily disposed of, to the tune of approximately 133 million metric tons by 2040. This causes huge amount of CO2 and dangerous toxins to be released into the atmosphere, further degrading the atmosphere and terrestrial habitats.

The study’s projections are based on economic quadrating of the globe based on waste management. Researchers divided international economic systems into eight ‘archetypes’ by which they studied the world’s plastic use and waste disposal. The archetypes reflected income levels in geographic areas, displaying waste administration stats for ‘high-income urban’ areas, ‘low-income urban’ areas, ‘high-income rural’ areas, ‘low-income rural’ areas etc.

Predictably, low-income areas – particularly low-income rural areas – were less likely to have efficient and properly managed disposal systems, frequently reporting the dumping or burning of discarded plastic. ‘Obviously, high-income places have more services they can provide, and low-income places don’t have… resources to pay for services’, says Winnie Lau, senior manager of the Pew Charitable Trusts’ project on ocean plastic and author on the study.

This is particularly true of island nations that simply do not have space for recycling plants.

But the situation isn’t significantly better in high income and urban environments. According to this 2019 report by The Guardian, Westminster Council in London sent 82% of all household waste – including the contents of all recycling bins – for incineration in 2017/18. Whilst incineration is generally preferred to landfill these days (which emits methane and toxic chemicals) it’s still a significant polluting agent and clearly can’t hold a candle the utility of recycling.

The notion that plastic products are regularly recycled is one of capitalism’s greatest myths, and a central pillar of greenwashing. According to a 2017 Science Advances paper, of the 8.3 billion tons of virgin plastics (plastic with no recycled elements) produced globally that year, only 9% was recycled.

‘It’s really a complete myth when people say that we’re recycling our plastics,’ Jim Puckett, the executive director of the Seattle-based Basel Action Network, told The Guardian. ‘It all sounded good. ‘It’s going to be recycled in China!’ I hate to break it to everyone, but these places are routinely dumping massive amounts of [that] plastic and burning it on open fires.’

The plastic situation has been dramatically worsened by the Coronavirus pandemic. The previously shunned single-use plastic industry is now thriving as all consumer-facing businesses are required to throw away un-sanitized materials. Plastic hand-sanitiser bottles, tissues, gloves, and face masks are mandatory in many cities, and are being discarded in record numbers.

All told, the 2020 crisis is producing far more waste than it can reasonably handle, and much of that waste is either contaminated or single-use – the situation would be dire even if recycling facilities were running at full capacity. What can be done

Thankfully, it’s not all doom and gloom, and there are steps we can take as outlined by the study to get the plastic situation under control.

The volume of plastic ending up as waste in the environment could potentially be cut down by as much as 80% by reducing the growth of the virgin plastic industry, improving waste collection systems across the globe, and investing in plastic materials that are easier to recycle.

‘There is a path where we can have substantial reduction’ said Lau. ‘We picked numbers that were realistic to achieve but not easy’.

Some of the simplest actions countries can take include improving waste disposal facilities and investing in robust recycling programs, which could account for a 20% reduction in plastic waste. Businesses adopting materials to replace plastic, like compostable polymers, could make a further dent of 17%. And then of course there are the behavioural changes we can make as consumers that we should by now be very cognisant of – replacing plastic water bottles with re-useable metal ones, not accepting plastic straws, minimising takeaway meals – which, according to the study, could potentially reduce projected figures by 30%.

But, even if the world came together on an industrial scale to implement these changes, plastic would still be a major problem. ‘By feasibly doing everything we possibly think we can, as much as we possibly can, we’re still left with 5 million tons flowing to the sea’, says Bailey. ‘It’s a vast improvement in 29 million tons, but there’s still an innovation gap. We still don’t have the technology of the materials we need to reduce that down to zero.’

The greatest problem facing nations both rich and poor when it comes to plastic is the broken economics of the recycling industry. Both companies selling recycled products, and even recycling plants themselves, work to a bottom line. As soon as it becomes cheaper to produce virgin plastic than it does to buy and sell recycled materials, companies opt for the more economic option.

The price of plastic is inherently tied to the oil industry – the central material of virgin plastic is oil. When the price of oil craters, like it has during the pandemic, the cost of producing plastic plummets, and it no longer makes sense for companies to process and sell recycled materials.

Another blow to the profitability of recycling came in 2018, when China banned imports of plastic and mixed paper. Previously, China has been a dumping ground for the unused but recyclable plastic of other nations, which it processed in its own facilities. China’s decision to end this practice was part of its bid to become more self-sustaining and to not become overrun with waste, and left many countries, particularly the USA, with massive stockpiles of recyclable material.

Something else that hamstrings the effectiveness of recycling is ‘lightweighting’, a corporate shortcut that existed long before the pandemic introduced more plastic into our lives and decimated waste industries. By making the plastic products they produce thinner, manufacturers use less of the material and hence save money. The quality of the plastic waste that’s being fed into the recycling machine is therefore going down – companies that would otherwise make products with recycled materials can’t make use of the flimsy supplies ending up in waste facilities.

Recycling is not, cannot, and has never been a holistic solution to the plastic waste problem. The idea that the responsibility for plastic-filled oceans lies with the consumer (‘it’s not our fault’, cry Coca Cola, ‘we made them recyclable’!) is a fiction pushed by big corporations to get themselves off the hook. Creating ‘recyclable’ plastic products is a bandaid solution; manufacturers know full well that any product they produce with a triangle contoured on it has only a negligible chance of going back into the system. 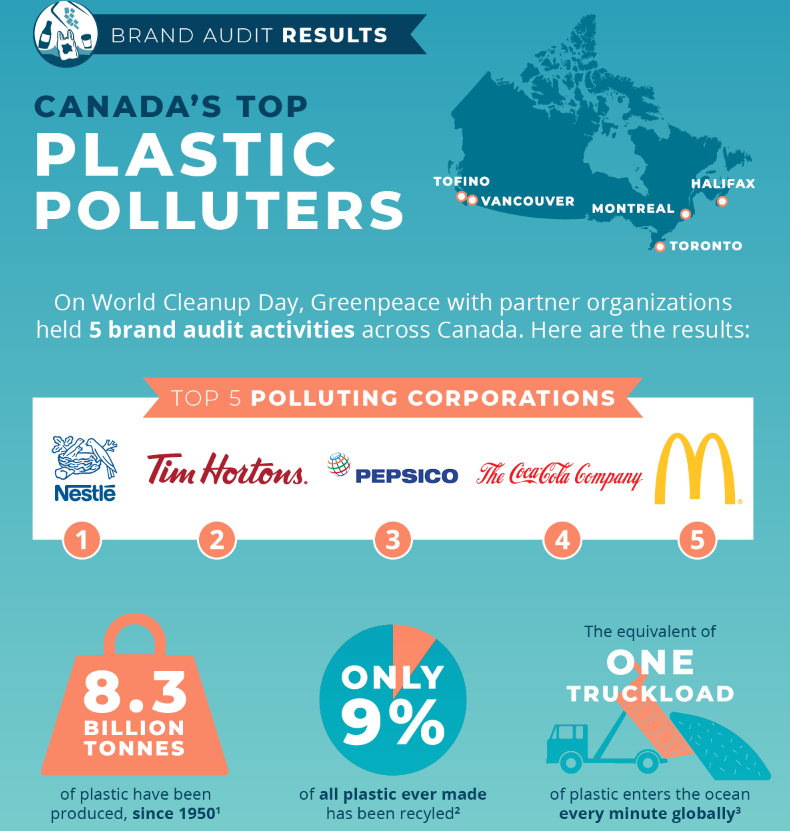 Whilst investment in better waste management and the capacity of recycling plants to handle materials is a must, and has the added benefit of creating more jobs in the environmental sector, what’s really needed is for companies to stop making products that use plastic.

Whilst the consumer can play a large part in incentivising companies to nullify their plastic use by simply not buying plastic products, this alone won’t be enough. According to Bailey and his associates, what is really needed is a manufacturing tax on plastic similar to those governments are slapping on carbon.

The idea behind such a tax is that governments would charge large-scale plastic polluters, like McDonalds, for each bit of virgin plastic they produce, disincentivizing them from relying on it for their manufacturing. The government would use the proceeds to fund investment in climate mitigation projects, like green energy infrastructure.

The only way to connect with corporations who are the real culprits is to make it profitable for them to switch to fully recyclable materials or alternative paper-based products.

There are already movements fighting to make this plastic tax a reality: backers of the California Recycling and Plastic Pollution Reduction Act are collecting signatures currently to implement a plastic tax on the 2022 US federal ballot. But to really make a difference, the idea would need to be scaled up nationally, and then internationally.