The South American nation’s left-wing government has announced it will not approve any new oil and gas exploration projects as it seeks to shift towards a more sustainable economy.

In June last year, ex-rebel Gustavo Petro won Colombia’s presidential election after one of the most contested campaigns in the country’s recent history.

Upon his victory, the long-time legislator and former fighter in the M-19 militia promised voters profound social and economic change, most notably a decline in Colombia’s excessive reliance on fossil fuels.

Staying true to his word, just a few months later and Petro has announced that his government will not approve any new oil and gas exploration projects as it seeks to shift towards a more sustainable economy.

‘We have decided not to award new oil and gas exploration contracts, and while that has been very controversial, it’s a clear sign of our commitment in the fight against climate change,’ Irene Vélez, the minister for mines, told world leaders at the World Economic Forum during a panel in Davos.

Explaining that the time had come for the South American nation to begin a greener chapter in its history, she added: ‘this decision is absolutely urgent and needs immediate action.’

It’s a move that many have warned against, considering that the radical policy is head and shoulders above what any other countries are doing and could likely amount in significant financial repercussions continent-wide.

Ironically, it has also been criticised by the environmental experts and activists Petro was keen to gratify with his initial campaign, those concerned by the increasingly high levels of deforestation in the Amazon, which is an integral buffer against climate change. 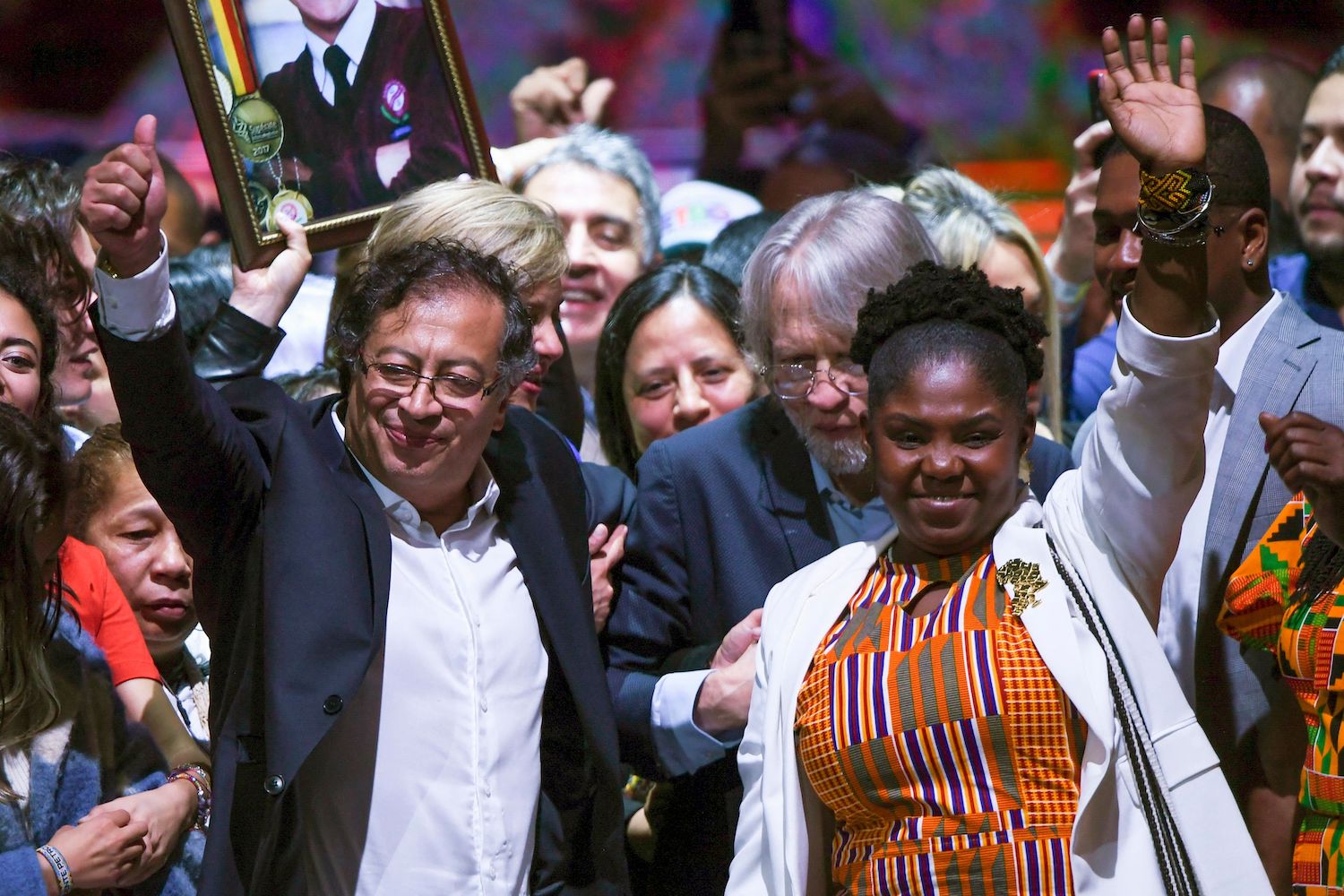 Their fears are that the policy does not address Colombia’s key environmental issues, such as cattle-ranching and unsustainable agriculture which are driving the rainforest’s destruction, nor will it have any significant effect on the global climate crisis.

None of this has been enough to deter Petro however, who remains resolute in his belief that alternative economies will make up the loss from oil, which accounts for around half of all Colombia’s total export revenue and 12 per cent of government income.

‘We are convinced that strong investment in tourism, given the beauty of the country, and the capacity and potential that the country has to generate clean energy, could, in the short term, perfectly fill the void left by fossil fuel,’ he said.

Not to mention it also helps that renewables present a major opportunity for Colombia.

The nation already produces almost 70 per cent of its electricity from hydropower, and its varied climates give it above-average potential for both wind and solar, in addition to green hydrogen production.

Together, those sources could allow Colombia to export clean energy, rather than oil, in the future.

‘This the sort of leadership we need on climate change and there’s very, very little of it around,’ says Kevin Anderson, a scientist at Manchester University’s Tyndall Centre for Climate Change Research.