Fears have been raised over the UK government’s quiet removal of commitments to abortion and sexual health rights from an international pact on freedom of belief and gender equality.

In the aftermath of reproductive rights being rolled back in the US, activists in the UK have raised fears over the state of abortion laws in their own country.

Until now, the procedure has been widely accessible, despite its legal status being more precarious than many understand.

This is largely thanks to Article 9 of the Human Rights Act 1998, which focuses on the Freedom of Religion or Belief (FoRB) – including in relation to one’s own body.

Yet while this year’s International Ministerial Conference to urge increased global action protecting and promoting FoRB for all was taking place, the British government was quietly removing commitments to abortion and sexual health rights from an official statement gender equality signed by 22 countries.

According to Humanists UK, the charitable organisation responsible for first identifying the discrepancy, references to repealing discriminatory laws that threaten women’s bodily autonomy can no longer be found on the Foreign, Commonwealth & Development Office’s (FCDO) website. Today, with any mention of such promises struck out entirely, just six countries have signed the statement: the UK, Greece, Ukraine, Italy, Slovenia, and Malta. The latter – which has one of the strictest abortion policies in the world – chose only to do so post-amendment.

In its defence, the FCDO has called it an attempt to ‘address a perceived ambiguity in the wording,’ stressing that it remains devoted to sustaining universal access to comprehensive Sexual and Reproductive Health Rights (SRHR).

This has failed to quell concern, more so following the recent overturning of Roe V Wade.

‘I think the amendment reflects a worrying trend behind the scenes in government to trade women’s human rights because there is no ambiguity, either you make a commitment to them, or you don’t,’ says Labour MP, Stella Creasy.

‘The original statement makes a very clear commitment to sexual and reproductive rights and health, bodily autonomy, and other laws, and recognises them as a source of discrimination. The amended version doesn’t.’ In short, given original statement’s purpose was to recognise the need to support FoRB without allowing it to be at the expense of women and girls’ fundamental rights, by excising the language, not only is its effect gravely undermined, but it suggests that religion trumps human rights. As explained by chief executive of Humanists UK, Andrew Copson, this poses a significant issue.

One that could trigger repercussions for a much broader range of rights (such as contraception, to enjoy relationships free from coercion and violence, to be able to openly express your sexuality, protection from virginity testing, FGM, and other harmful practices), all of which could be at risk.

‘The headline of this summit was freedom of belief for everyone, everywhere, and the common government statement on gender made it clear that this was a real aspiration,’ he says.

‘Now that is in doubt. If a woman is not free in the most intimate, conscientious choice that could face her, then how is she free?’ 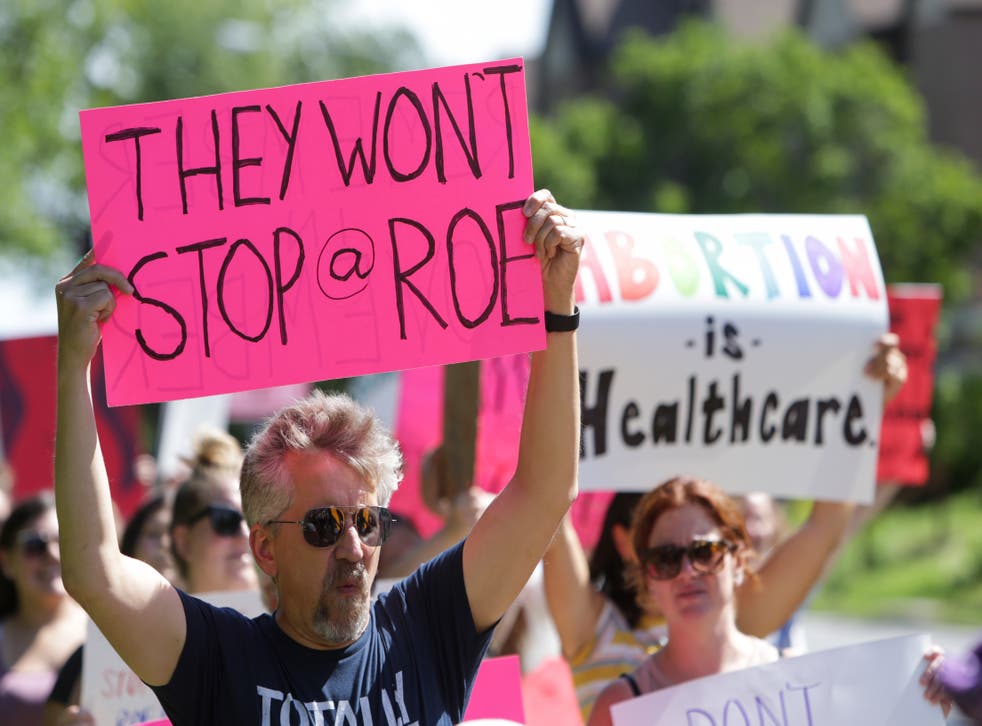 ‘The removal of support for conscientious freedom in relation to one’s own body is only the latest in concerningly frequent attempts by some to use freedom of belief as a weapon rather than a shield. They want to use their religious belief to infringe the rights of others – but that is not what the human right to freedom of religion of belief means.’

Fortunately, the move has not gone unnoticed, and the UK is currently facing growing pressure from European countries and human rights organisations to provide a more thorough explanation as to why the phrases have been removed.

In an open letter to the UK’s Secretary of State and potential new Tory leader, Liz Truss, more than 20 pro-choice and international aid groups have protested against the ‘substantive changes,’ demanding the government reverse the deletions immediately.

‘At a time when abortion provision around the world is under serious threat, due to the reversal of Roe v Wade, it has never been more important for the UK government to stand up for sexual and reproductive health and rights and bodily autonomy,’ wrote Humanists UK, the British Pregnancy Advisory Service (BPAS), MSI Reproductive Choices, and Amnesty International UK, among others.

Expressing ‘serious concern,’ they added: ‘we urge you to reverse this move and hope you could explain why the change happened in the first place.’