New data suggests that apps such as Snapchat are making a sizeable difference to voting turnouts, which in turn could dramatically shift election results moving forward.

One of the biggest challenges in modern politics is getting young people to vote. Millennials and Gen Zers now make up more than a third of eligible voters in the US, yet actual turn out is nearly always lower than experts predict.

Bernie Sanders’ recent presidential campaign is perhaps the most recent and glaring example. According to a survey by the Centre for Information and Research on Civic Learning and Engagement, Bernie won the youth vote for the Democratic nominations in every state across the US back in March, yet still lost to Joe Biden.

There are a variety of reasons that may explain why these low turnout numbers persist with younger voters. For many Gen Zers, they’ll be entering the political process for the first time and may find it overwhelming or confusing. The BBC highlighted some young US voters’ experiences a few months ago, who said they found it ‘annoying’, ‘unreliable’, and ‘tough’ to find motivation. Registering and participating in elections is noticeably dated and can be a slow, mundane process. 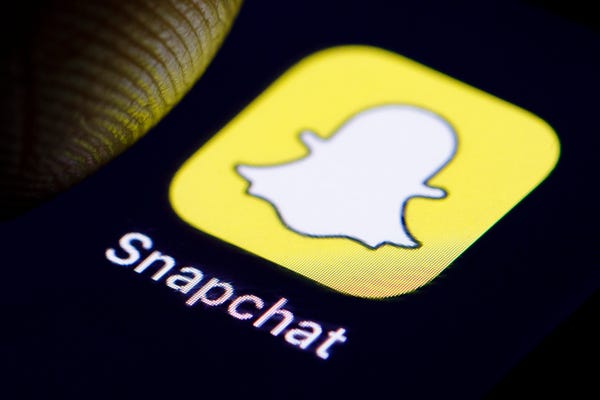 Which is why newly released information regarding Snapchat’s recent promotions for elections in the US is so interesting. The data provided by Democracy Works and GlobalWebIndex suggests that creating easy to understand sign up systems and obvious hyperlinks encourages more young people to engage.

In 2018, Snapchat worked with TurboVote to create a direct sign up form that helped over 450,000 people to register for the midterms of that year within its app. 57% of this pool then went on to cast a vote. That’s 260,000 extra votes that were generated via Snapchat’s initiative. In addition, 88% of 25-34 year old US Snapchat users are planning to vote this November according to SocialMediaToday.

Instagram also partnered with TurboVote to promote voter registration in 2018, encouraging users to get involved with special Election Day stickers and ‘I Voted’ features that could be implemented into your stories. You can expect these to be back in full force come November.

These ideas may seem small in the grand scheme of things, but they help to make political activism and engagement trendy, shareable, and digestible. In a cluttered world of constant social media interaction these types of inclusive one-offs raise public awareness and keep politics relevant – as trivial as they may appear. They’re also necessary to get more young people on board and voting. The US has one of the lowest youth voter turnouts in the world, which might go some ways as to explain why left-wing political figures are consistently shunned from nominations and top spots in American political parties. Donald Trump for another four years, anyone?

The relationship between social media and reliable political messaging has been one of the defining features of our modern era. In the last half decade we’ve witnessed the age of ‘post-truth’, fake news, algorithmic echo chambers, and the slow erosion of our democratic process by giant tech companies. The reality is that platforms such as Snapchat, Facebook, Twitter, and Instagram all have vital roles in elections, whether they like it or not.

It’s up to them to be responsible about the political advertisements they allow on their platforms, and hopefully for this year’s presidential election we’ll see less Cambridge Analytica scandals and more transparent campaigns such as TurboVote; that encourage Gen Zers to get stuck in. It’s the voice of the youth that matters, and even a few hundred thousand votes across multiple states can make a difference.

Plus, who doesn’t love a trendy GIF or sticker to help show you voted? I for one am here for any opportunity to express myself in nifty aesthetic ways, so long as it’s transparent, correct, and gets more of us to the ballot box.