Global leaders pre-empt efforts of the wealthiest corporations and governments to privatise the eventual coronavirus vaccine.

Over 140 global leaders and experts issued an open letter on Thursday this week urging all world powers to unilaterally guarantee that, once scientists discover a cure for the COVID-19 virus, it will be freely available to all global citizens equally and without national bias.

Entitled ‘Uniting Behind a People’s Vaccine Against COVID-19’, the letter urges the need to place ‘the interests of all humanity’ ahead of profiteering from governments and corporations. Signatories include Pakistan’s Prime Minister Imran Kahn, former Irish President Mary Robinson and other notable figures like UN special rapporteur Pilip Alston and Nobel laureate winning economist Joseph Stiglitz.

Though it’s not explicitly stated in the letter, the document is undoubtedly at least in part a response to reports that the Trump administration had recently offered a German medical company ‘large sums of money’ for exclusive access to a COVID-19 vaccine were the scientists there to be successful in finding one. 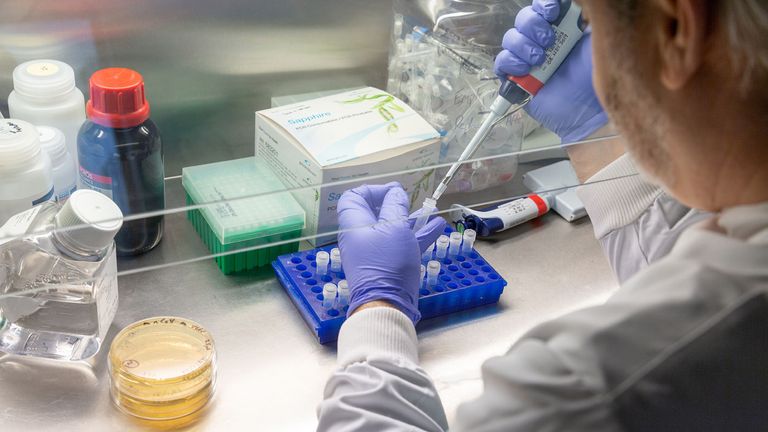 According to an anonymous source quoted in a German newspaper, Trump is doing everything to secure a vaccine against the coronavirus for the US, ‘but for the US only’. It’s unknown how many other laboratories the US has approached.

The German health minister Jens Spahn has stated that a takeover of CureVac, the company in question, by the Trump administration was ‘off the table’. CureVac would only develop vaccine ‘for the whole world’, Spahn said, ‘not for individual countries’.

Clearly, however, many world leaders believe that a vocal statement condemning attempts to hoard vaccine information is necessary given the US’s history of projecting the rules of their privatised health system into global affairs. Currently in the US, pharmaceutical companies work in conjunction with health regulators to ensure a for-profit healthcare system, often to the detriment of millions.

Allowing the virus vaccine to be patented through their system would render it unavailable not only to poorer Americans, but to the entire rest of the world.

The global call comes strategically a few days before an assembly of the World Health Organisation. Signatories have implored health ministers to remember the WHO’s founding principle to help achieve ‘the enjoyment of the highest attainable standard of health as a fundamental right of every human being’ at the virtual meeting on Monday.

Too often access to health care depends on how much money is in a person's pocket.

When a #COVID19 vaccine is developed, it must be the #PeoplesVaccine. It must be available to all people, in all countries, free of charge. pic.twitter.com/rlhGjU3xtV

The letter further calls on the World Health Assembly to ‘forge a global agreement that ensures rapid universal access to quality-assured vaccines and treatments with need prioritized above the ability to pay.’

To quote the letter further, ‘Now is not the time to allow the interests of the wealthiest corporations and governments to be placed before the universal need to save lives, or to leave this massive and moral task to market forces. Access to vaccines and treatments as global public goods are in the interests of all humanity.’ It goes on to state that ‘We cannot afford for monopolies, crude competition, and near-sighted nationalism to stand in the way.’

This is a strong call on an international scale for a cure, once it’s found (and hopefully sooner rather than later) to be a people’s cure that doesn’t discriminate on creed, class, or nationality. The tone of the letter seeks to re-instate equality, solidarity, and respect for human life back into the fight against coronavirus, and back into universal healthcare. We can only hope that the WHO takes it seriously.