Though a relatively undeveloped concept within the realm of clothing production, the potential value of fashion’s circular economy is vast. Is the industry ready to adopt an entirely new business model?

With a focus on producing items that will stand the test of time and disrupt the constant churning out of goods at a ‘saturation point’ that has the recycling market bursting at the seams, a circular economy is arguably the best solution to fashion’s sustainability problem. Fronted by a growing number of independent eco-conscious brands, the movement to reuse all materials – subsequently eliminating waste, drastically reducing pollution levels, and regenerating the environment – is gaining serious traction.

This new framework aims to wave goodbye to fast fashion once and for all, which sees thousands of tonnes of unwanted textiles end up on landfill sites every year, wasting precious natural resources. Representing more than 60% of the total textiles used annually, this trend-driven phenomenon requiring all-but-instant turnover is gradually reaching its demise and alternatives are rearing their heads.

A long way off from the ‘take, make, use, throw,’ approach both brands and consumers have become accustomed to, the circular system’s primary goal is longevity and the full life cycle of any purchase.

Now, in light of a recent report estimating that the potential value of a circular model could be as much as $5 trillion, many are questioning whether this staggering figure will encourage retail giants and well-known luxury designers to follow suit. The hope is that it will, particularly because industry-wide cooperation is crucial in the fight against climate change and global warming.

‘By adopting new business models and designing out waste from the offset, today’s fashion industry has the potential to unlock billion dollar economic opportunities,’ says UK Environment Minister Rebecca Pow. ‘A new textiles economy is an attractive vision of a system that works.’ 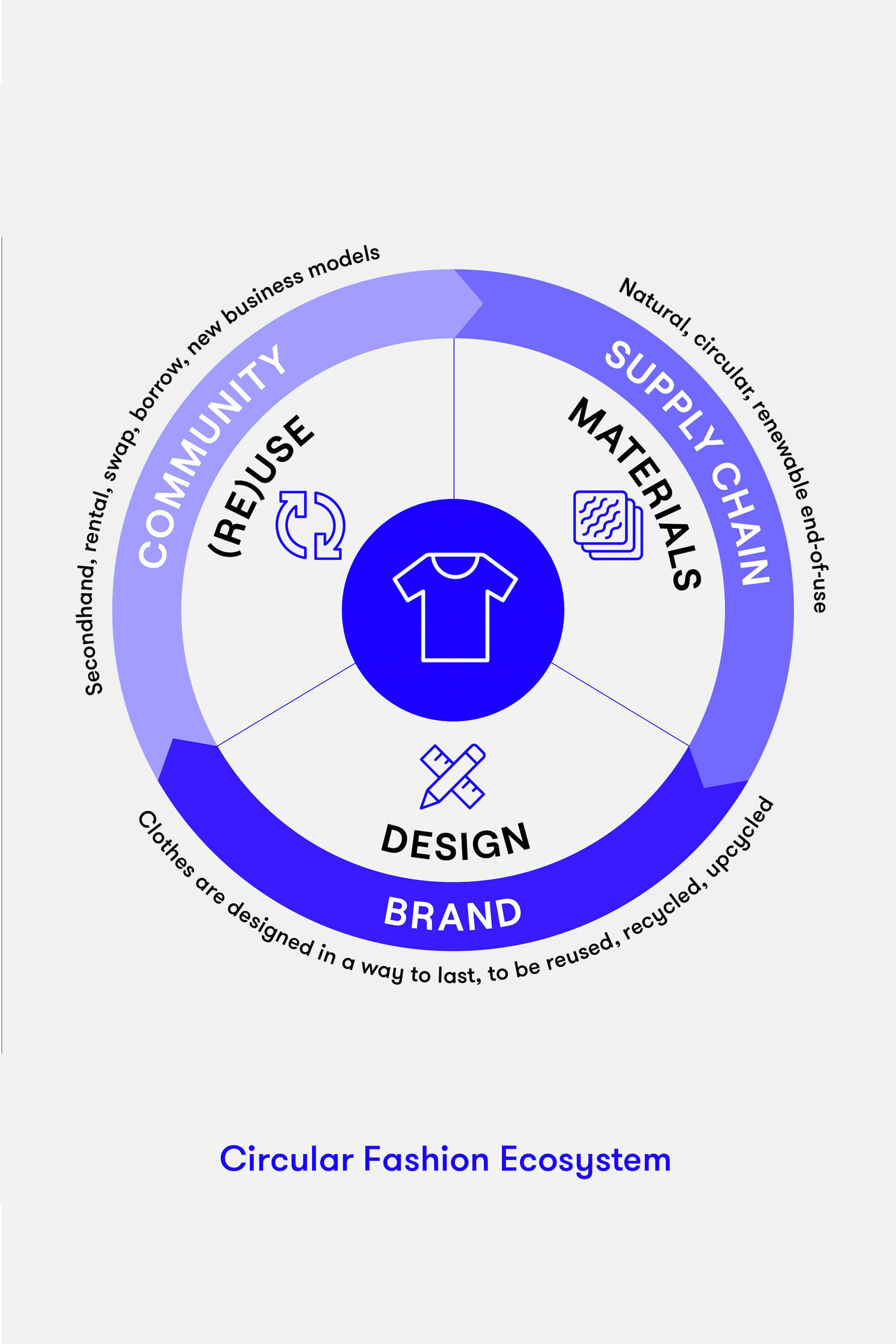 Additionally, despite the inevitable hardships brought about by the Covid-19 pandemic which left brands struggling to achieve any sustainability commitments made prior to the outbreak, global lockdowns have in fact presented a unique business opportunity, the market standstill opening the door to more circular practices. Not to mention the improved and possibly transformative recycling technologies that have surfaced as a result.

During this much-needed reset period, rethinking the fundamentals of how the industry operates has emerged as a sure-fire means of lessening some of the heavy pressure on fashion to change its ways. Specifically from a new generation of consumers who demand increased environmental accountability, their motivation adding impetus to the circular fashion argument.

While the industry has only just begun exploring more investment in product reuse, the evidently lucrative potential of a fashion economy restorative by design is beneficial not only for business, but for the planet and those who occupy it as well. Whether or not brands are ready to be more transparent and embrace a circular economy is yet to be seen, but one thing is clear: there’s simply no more room for excuses anymore.