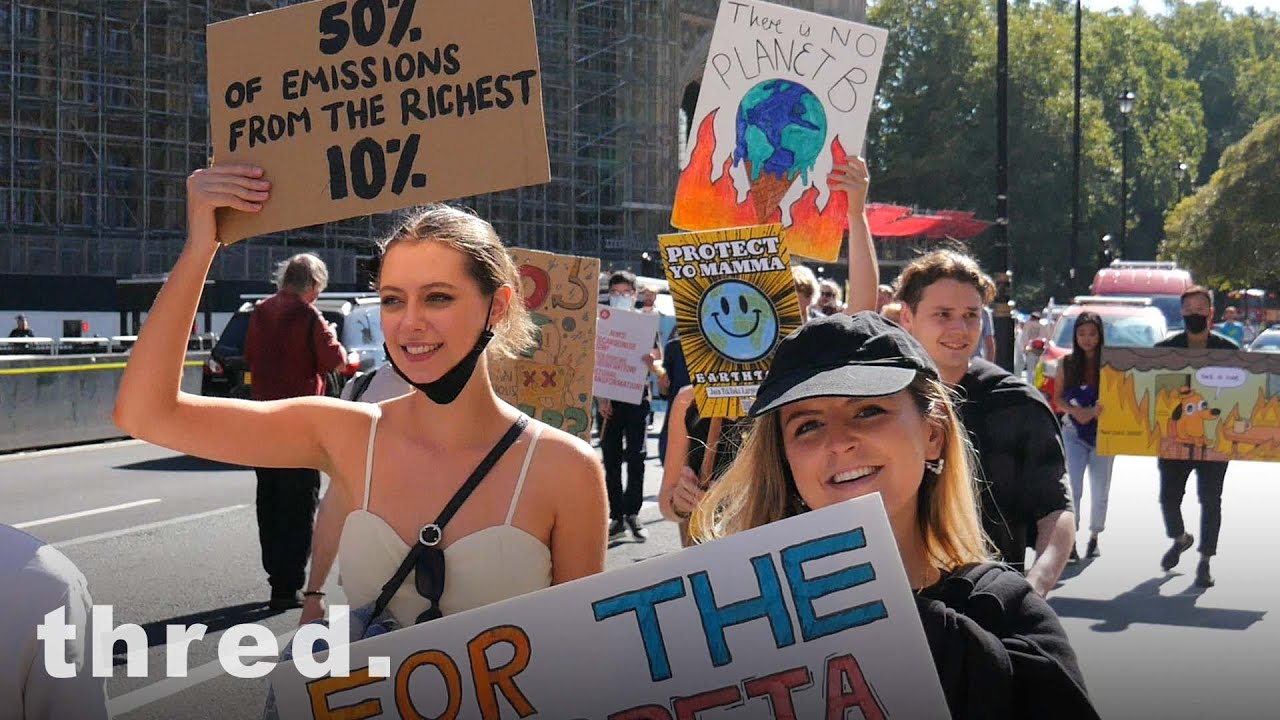 The message is simple. No more greenwashing.

On Friday 24th September, in the UK hundreds of young activists gathered at Parliament Square to highlight our climate change failures.

The protest was organised by members of Greta Thunberg’s Fridays for Future movement, as part of a series of similar events across the world.

We had the pleasure to meet some amazing activists during the protest, expressing their views and giving us insight in the ways they’re tackling the climate crisis. Not to mention the amazing homemade brownies and flapjacks by #xrgrandparentsandelders Fridays For Future returns for another global climate strike Behind The Scenes By Elliot Wheatland-Clinch London, UK Dressing your baby up in a Gucci bodysuit is one thing, but deciding their eye colour before birth is another. Jess gives us a rundown of the scientific breakthroughs and potential benefits of gene-editing, as well as guiding us through the moral minefield of designer babies. Don't' forget to let us know your thoughts on the controversial topic in the comments. Most of the environmental talk surrounding blockchain, bitcoin, and NFTs is about how energy intensive and resource draining they are. But the technology could actually be a force for good in the fight against climate change. In this video Elliot explores the ways blockchain can be used to encourage sustainable action, and support industries in a world already feeling the effects of the climate crisis. With more and more headlines about how our waste is being poorly managed, Elliot decided to find out how far back humanity’s relationship with recycling goes. After watching this video you might find yourself asking… HOW HAVE WE STILL NOT GOT THE HANG OF THIS?