According to scientists, cases of Dengue fever in Indonesia have been cut by 77% following a ‘ground-breaking’ yearlong experiment which manipulated the mosquitoes spreading it.

A new approach to fighting the spread of Dengue fever has proven remarkably effective in Indonesia.

By breeding special mosquitoes with a ‘miraculous’ bacteria that reduces their ability to transmit the deadly virus, scientists have successfully cut infection rates and hospital admissions by 77% in Yogyakarta where the experiment took place.

It’s a powerful blow against the most common mosquito-transmitted illness in the world, one that takes 20,000 lives every year and was – according to WHO – among the top ten threats to global health in 2019.

A relentless slow-burning pandemic, Dengue (commonly referred to as ‘break-bone fever’ because it causes severe muscle pain) is widespread throughout the tropics, particularly in Asia which accounts for roughly three quarters of all 400,000 annual cases on the planet.

It’s transmitted specifically by bites from the Aedes Aegypti species, also a vector of chikungunya, yellow fever and Zika.

With no specific treatment currently in place to combat it, countries have – for decades – focused their efforts on environmental management policies such as insecticides or releasing large quantities of male mosquitoes to supress the blood-sucking population.

Unfortunately, this has (so far) been to no avail.

It’s for this reason that pioneering non-profit World Mosquito Program’s technique is being hailed as ground-breaking – for achieving the thought-to-be impossible. 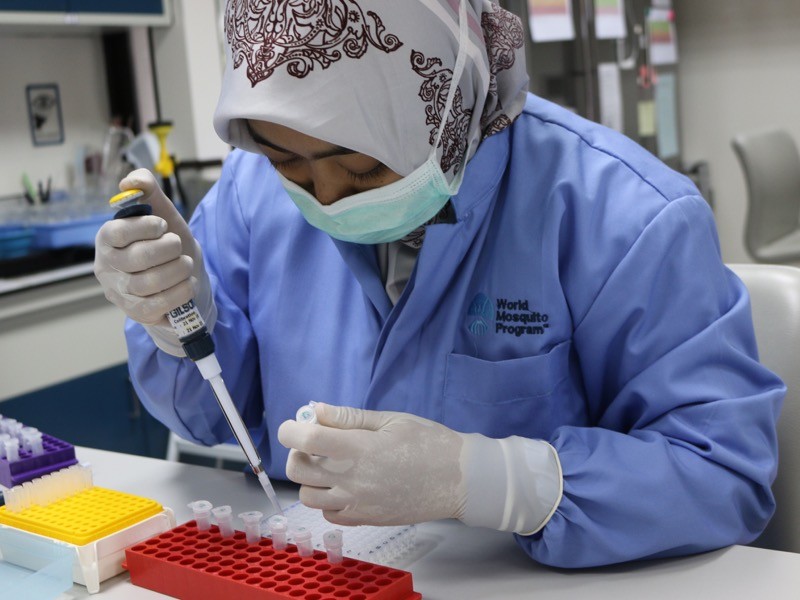 How does this experiment work?

The trial used mosquitoes infected with Wolbachia, a naturally occurring bacteria that doesn’t harm the insect, but that resides in the part of its body Dengue would need to access.

It also spreads very quickly which means that if a small number of carrier mosquitoes are released into an urban habitat (where Dengue is most rife), almost all local insects will be free of the virus within a few months.

‘It lives inside the cells of mosquitoes and uses the resources available there to limit the insect’s ability to carry Dengue.’ 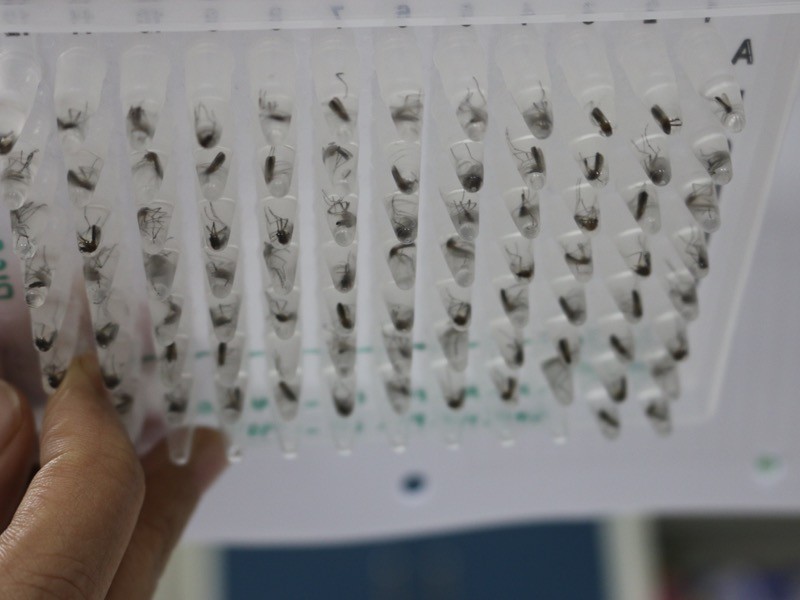 Not only this, but Wolbachia can alter the fertility of its host to ensure it’s passed onto the next generation of mosquitoes.

Once it’s been established, it will continue to protect against Dengue infection, a sharp contrast to existing control methods.

This offers a safe and effective long-term solution which could go on to tackle other mosquito-borne diseases in the future.

‘It has the potential to revolutionise mosquito control,’ she adds. ‘It’s an important milestone because it provides definitive evidence from a gold standard trial that where we have Wolbachia established, we are seeing dramatically less Dengue.’ 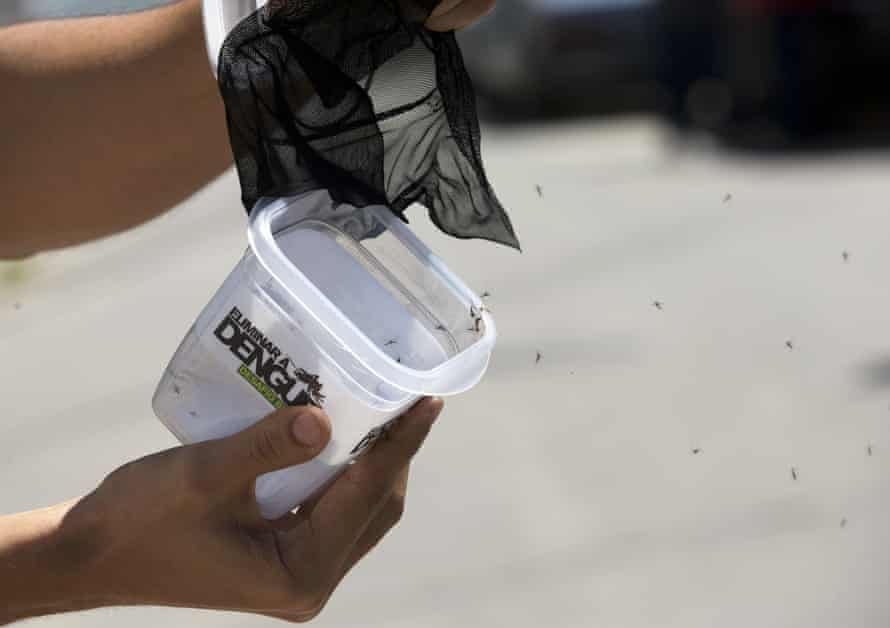 But why Yogyakarta? Namely because Dengue is endemic there.

In the randomised experiment, WMP worked with members of the community to divide the city into 24 sections where buckets of some six-million Wolbachia-carrying mosquito eggs were distributed in stages.

After positive results across half of the selected 32-square-kilometer zone – a 77% reduction in cases and 86% reduction in people requiring urgent care (New England Journal of Medicine) – the coverage area expanded, encompassing the homes of an estimated 400,000 citizens.

‘This is a great success for the people of Yogyakarta,’ said lead investigator, Adi Utarini, in response. ‘We think there is a possible future where residents of Indonesian cities can live free of Dengue.’ 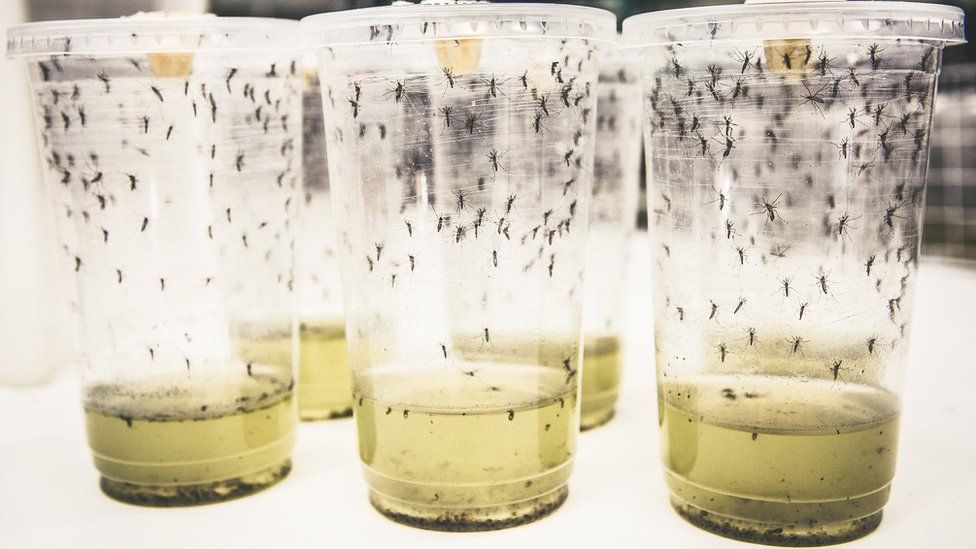 What could this mean for future disease control?

These landmark findings are undeniably promising in the grand scheme of things, and are evidence that the Wolbachia method is safe, sustainable, and substantially lessens incidence of Dengue.

‘This is the result we’ve been waiting for, it’s significance is epochal’ says Utarini, who (alongside her team) is taking the discovery cross-country in the hopes it’ll eventually be deployed on a global scale.

She believes this method has the potential to both eradicate Dengue in the region and additionally provide other struggling countries where the virus is prevalent – and has been exacerbated by the climate crisis – with relief, decreasing the burden on economies and healthcare systems. 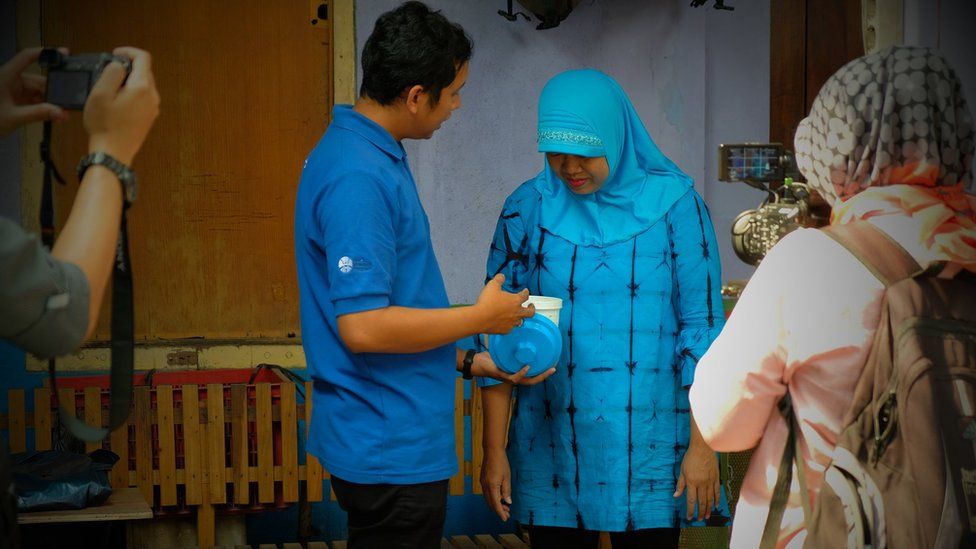 This is not to say, however, that Wolbachia is without its limitations. Because the bacteria takes weeks to establish itself, it’s not an overnight fix, but it’s most certainly a start.

‘It gives us great confidence in the positive impact this method will have worldwide when provided to communities at risk of these mosquito-transmitted diseases,’ finishes Utarini.

‘I suspect that the demand for this intervention from Dengue-endemic countries will result in widespread introduction of this method, with a good prospect of eventually eliminating the disease.’