Researchers have developed a device reportedly capable of shrinking deadly brain tumours without radiation or chemotherapy. Could this be the neurological breakthrough of the decade?

When it comes to developing and testing new healthcare technology, there is no organ more complex and challenging than the human brain. There’s a reason brain surgery is often mentioned alongside rocket science.

The brain remains one of the biggest medical mysteries of the 21st century and as few as 50,000 neurosurgeons are operating worldwide in 2021.

For these reasons, the survival rate for those with cancerous brain tumours unfortunately settles at around 36% in the first five years, and research into the field remains limited.

The two main treatments in global circulation – radiotherapy and chemotherapy – have proved effective for some, but are too debilitating for others to see through in severe cases.

Neuroscience has long searched for a non-invasive method to shrink brain tumours while lessening the physical ordeal patients currently have to endure.

The preliminary reports of a new study into the medical potential of magnets suggests that, finally, such a breakthrough may not be too far away. 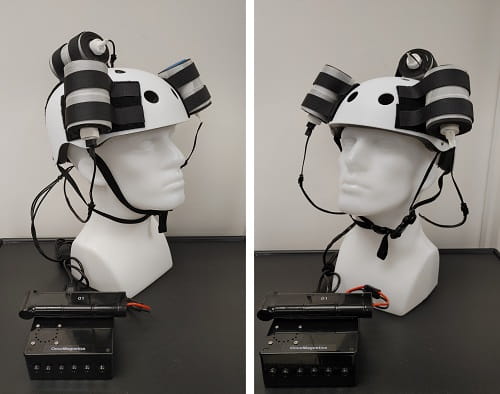 Neuroscience researchers have developed a magnetic wearable device which, when worn by a 53-year-old glioblastoma patient, was able to shrink the deadly tumour by a third of its mass.

The device looks like an everyday bike helmet or hard hat, but crucially is mounted with three sophisticated magnets. These units rotate autonomously and create an oscillating magnetic field which is said to completely starve any existing tumour of electrons.

This disruption only occurs in the presence of metabolism compounds produced by tumour cells, which means glioblastoma cells die off while healthy cells remain intact. It’s ingenious, all things considered.

After signing up for the experimental treatment in 2020, the patient wore the device for five weeks at a clinic and was eventually able to use it at home.

His glioblastoma cells were subjected to magnetic therapy for two hours initially and then ramped up to a maximum of six hours per day. During this time, researchers drew a solid correlation between the rate of shrinkage and the treatment dose.

Throughout the 36 day period, the patient’s caregivers reported a gradual improvement in speech and cognitive function, in which time the tumour mass shrunk by 31%. Before the device could starve the cancer further, sadly, the patient suffered a fatal fall.

Researchers later attained the results of the device post-mortem. 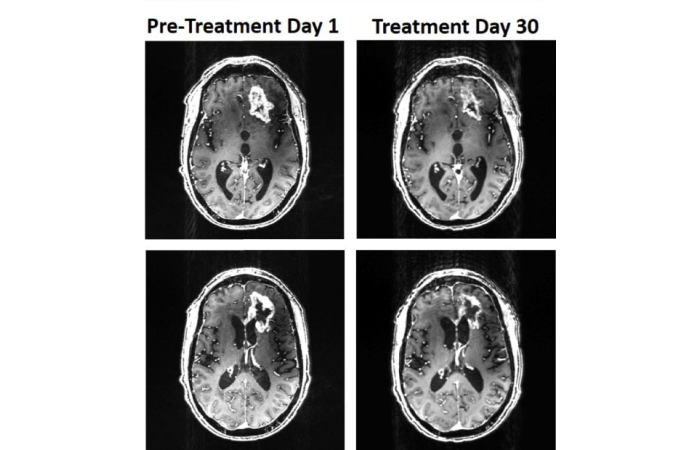 Health AI ‘iAge’ predicts when our immune systems will fail Looking ahead to future possibilities

Although this patient’s story ended in a way nobody would have wanted, his role in trialling the technology could potentially help to save countless others down the line.

It had long been theorised that magnetic technology may hold the key to establishing new non-invasive cellular treatments, as shown in prior observations with lab mice. However, researchers claim this experiment’s results have trumped all expectations.

If the device’s efficacy can be demonstrated on several human patients at once, it will add weight to the theory that magnets are crucial in ending gruelling treatments for the most horrendous forms of cancer.

‘Our results in the laboratory and with this patient open a new world of non-invasive and nontoxic therapy for brain cancer, with many exciting possibilities for the future.’

If you’re interested in delving into the results of the study for yourself, the research is published in the peer-reviewed journal Frontiers in Oncology.

Hopefully, this is just the beginning for non-invasive cancer treatments and the end to a decade’s worth of theorising.