Unless, like the majority of the Thred office, you’re disposed to a cuppa each morning to get you going, the likelihood is you’ve already had a coffee (or two) before leaving the house today.

Integral to the routines of a substantial number of us, two billion cups’o’joe are consumed worldwide every 24 hours – that amounted in approximately 166.63 million 60-kilo bags of the stuff used last year alone.

For the sleepy masses, it’s essential. But, as with many of the things we’ve become heavily reliant on, its environmental impact isn’t quite as positive as its ability to help us feel awake.

Like all organic waste, when coffee is disposed of in landfills (the only destination for close to six million tonnes of it annually), it creates the ideal breeding ground for methane – a greenhouse gas a whopping 28 times more potent than CO2.

With our caffeine addiction fuelling the ever-worsening climate crisis, many have been exploring the potential of up-cycling spent grounds into valuable commodities.

From biofuels and fertiliser to health products and staple cooking ingredients, the possibilities are endless, all thanks to coffee’s chemical composition which offers a range of uses far beyond making your regular brew.

Would you have assumed that it could hold a place in fashion? I certainly hadn’t.

‘Shoes made from recycled coffee grounds may seem novel to some, but we wholeheartedly believe that this is just the beginning of a revolution in garment technology and manufacturing,’ says Son Chu, co-founder of Rens, a Finnish start-up seeking to improve sustainability in the footwear industry.

Chu, alongside fellow Forbes 30 under 30 entrepreneur and Gen Zer Jesse Tran, is the brains behind Nomad, a pair of performance sneakers made from six recycled plastic bottles and 150 grams of used coffee grounds.

Their inspiration came from growing up in Vietnam – a country synonymous with coffee exportation. 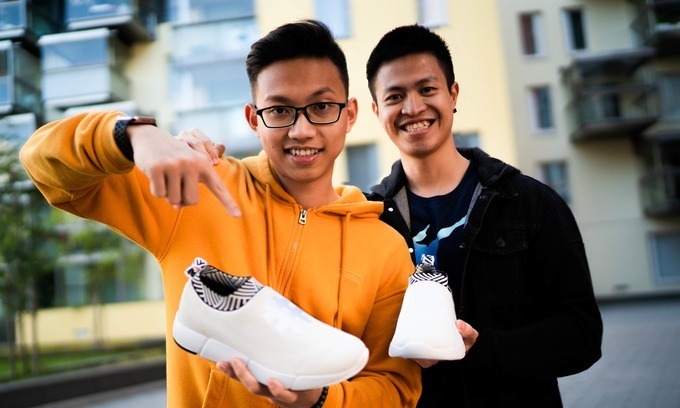 ‘Vietnam is one of the biggest coffee producers in the world,’ explains Chu.

‘It consumes the most coffee per capita globally which means mountains of coffee waste. This made us wonder what we could do with what’s left.’ To make the innovative shoe, Rens carbonates grounds from 21 cups of coffee and mixes them with recycled PET from old water bottles through a ‘high-pressure process’ under low heat.

The yarn this produces not only assists with cutting the amount of methane-generating food waste that winds up trapped in our landfills, but can be engineered into a material that’s UV-protective, odour-fighting, moisture-wicking, and quick drying. That’s right, the sneakers are waterproof.

‘Just because our sneakers are sustainable, it doesn’t mean they can’t have technical features,’ says Tran. ‘Each pair is lightweight with a toe cap that makes it suitable for a variety of terrains.’ 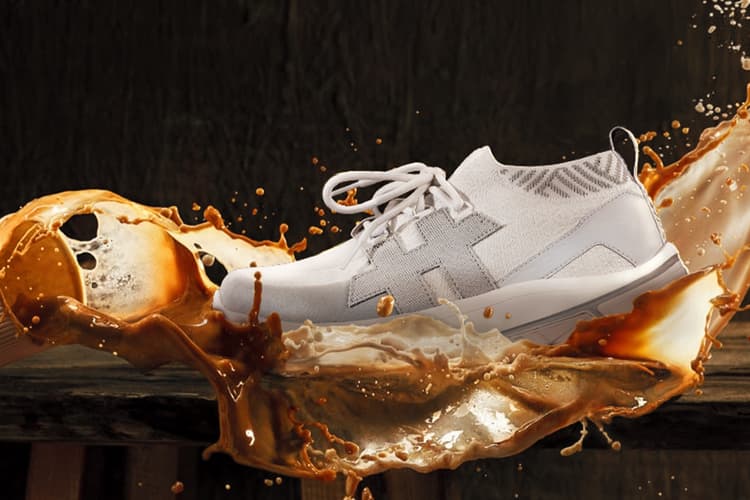 Nomad are also completely carbon-neutral, owing to the brand’s partnership with environmental consultancy ClimatePartner which will oversee its commitment to offsetting all emissions from production, packaging, distribution, and shipping to warehouses across the globe.

Its latest launch is part of a wider trend of athleticwear made with the planet in mind, together with a growing consciousness of the importance and feasibility of eco-friendlier consumer products.

‘Reducing them is not just an ambition, it’s a necessity.’