Environmentally conscious consumers are ditching synthetic beauty products in favour of natural alternatives, but there’s a dark side to the boom in their popularity.

At present, the general consensus that ‘natural,’ ‘green,’ ‘organic,’ and ‘clean’ means better is ubiquitous within the beauty industry and frankly speaking, it makes a lot of sense. Buzzwords used by cosmetics and skincare companies to shift products; they promise eco-friendly alternatives that seem to be an obvious solution to reducing the impact our beauty routines are having on the planet.

With ‘natural’ the most googled among them (followed swiftly by ‘without preservatives’ and ‘cruelty-free’), and a 2019 study by Statista revealing 58% of women in the US seek these components when shopping for beauty, one can pretty much gauge the popularity of such products, products that promise to work wonders for our skin, all whilst ‘saving the planet.’

Widely believed that they are less polluting, as well as being gentler on our complexions, natural beauty products are undoubtedly the go-to option for conscious consumers more aware than ever before of what they’re putting on their faces. Particularly given recent research showing that synthetic ingredients such as sulphates and parabens can cause severe irritation.

And with high-profile celebrities including Miranda Kerr, Jessica Alba, and Gwyneth Paltrow frequently touting the use of items free of harmful chemicals, it isn’t difficult to understand why the movement encouraging us to go au naturale has gained so much traction. The terms, however – while suggestive of being good for both us and the environment – have a tendency to be a little misleading, particularly ‘natural’ which is a relatively broad word, one with no real concrete, recognised definition.

For starters, it isn’t currently regulated. With no official standard in place guaranteeing quality and protecting against fraudulent claims, products can be labelled ‘natural’ even if they only contain a minute percentage of natural ingredients.

Furthermore, although it’s implied that the ingredients originate from natural sources (specifically plants which generate extracts and oils), ‘natural’ beauty products often also comprises animal by-products like honey and milk, which isn’t quite so in-keeping with the kind-to-nature connotations the term alludes to.

Beyond its eco credentials, ‘natural’ beauty sounds like a minimalistic, back-to-basics approach that offers simplicity and transparency amidst a growing sense of ‘chemophobia,’ where anything synthetic is considered inherently toxic, driven by the wrongly propagated fear that our body absorbs 60% of what we put onto it.

It’s a notion that brands have been all-too eager to capitalise on, but despite the ostensibly clean appearance of ‘natural’ products, there remains an important question yet to be answered: is natural beauty genuinely sustainable or is it contributing further to the climate crisis?

‘The idea that ‘natural’ is always synonymous with ‘environmentally friendly’ is being dispelled,’ says creative researcher at The Future Laboratory, Livvy Houghton. ‘While plant-based products may be biodegradable, they may not be as sustainable as they seem.’

Houghton highlights a failure to recognise the harsh reality of our reliance on taking ingredients straight from the earth to create ‘natural’ products, which presents a real issue when the resources aren’t replaced.

Sourcing ingredients from delicate ecosystems where the indigenous flora is already under threat is especially problematic, as putting increased pressure on these habitats can give rise to an economic incentive for locals to cut down wild areas and convert them into farmland.

This is exactly the case with palm oil (a key element of soap and lipstick manufacture), the devastating effects of which – a loss of biodiversity, deforestation, and the displacement of animals and indigenous people – is only now being fully realised.

‘Guilty of exacerbating climate change, it’s something that’s attracted a great deal of negative attention recently,’ adds Houghton. ‘Many have lost their homes and livelihoods due to the unsustainable plundering of their habitats, not to mention that it’s pushing endangered orangutans to extinction (according to Greenpeace).’

Likewise, we’re beginning to see the darker side of rosewood essential oil production, an ingredient commonly used in aromatherapy and skincare derived from Aniba Rosaeodora, a species of tree listed as endangered on the IUCN Red List because to garner enough oil in order to sell, the whole tree must be cut down.

Because measures don’t go far enough to ensure the tree’s protection, the potential environmental impact of using the ingredient is simply not worth it and acknowledging this, some brands have decided to omit it entirely from their collections.

The same goes for argan oil, renowned for its shine-inducing, nourishing effects on our hair, it’s harvested from the rare Argania Spinosa plant which takes over fifty years to produce sufficient fruit for sourcing. Is the personal-care industry doing enough to tackle its plastic problem? Does the beauty industry’s future depend on Gen Z? Then there’s crystal mining which, used to create the gua shas, rollers, and powered gemstones that have plagued our social media feeds in the hands of beauty bloggers and Instagram influencers convinced of their ‘healing properties,’ is detrimental in its exploitation of natural resources, as well as creating unsafe labour conditions for the underpaid workers excavating the sought-after material.

Equally, the surge in marine ingredients such as algae and seaweed – the likes of which has subtly made its way into the majority of our face masks, exfoliants, and moisturisers – has led to underwater ecosystems being completely ransacked, disrupting life below the ocean’s surface more so than microbeads ever could.

Finally, the truly ugly side of our obsession with skincare takes shape in the form of bakuchiol, derived from the Psoralea Corylifolia plant and dubbed by experts ‘nature’s answer to retinol.’ Smoothing, clearing, and brightening skin, the all-rounder has brought about a craze among countless skincare brands, all clamouring to get in on the bakuchiol action by mass-formulating serums with the exciting new ingredient.

Unfortunately however, its origins are questionable, with some companies choosing to ignore the rules laid out by CITES (an international agreement protecting endangered plants and animals) and harvesting it illegally to then market at a heavily reduced price. 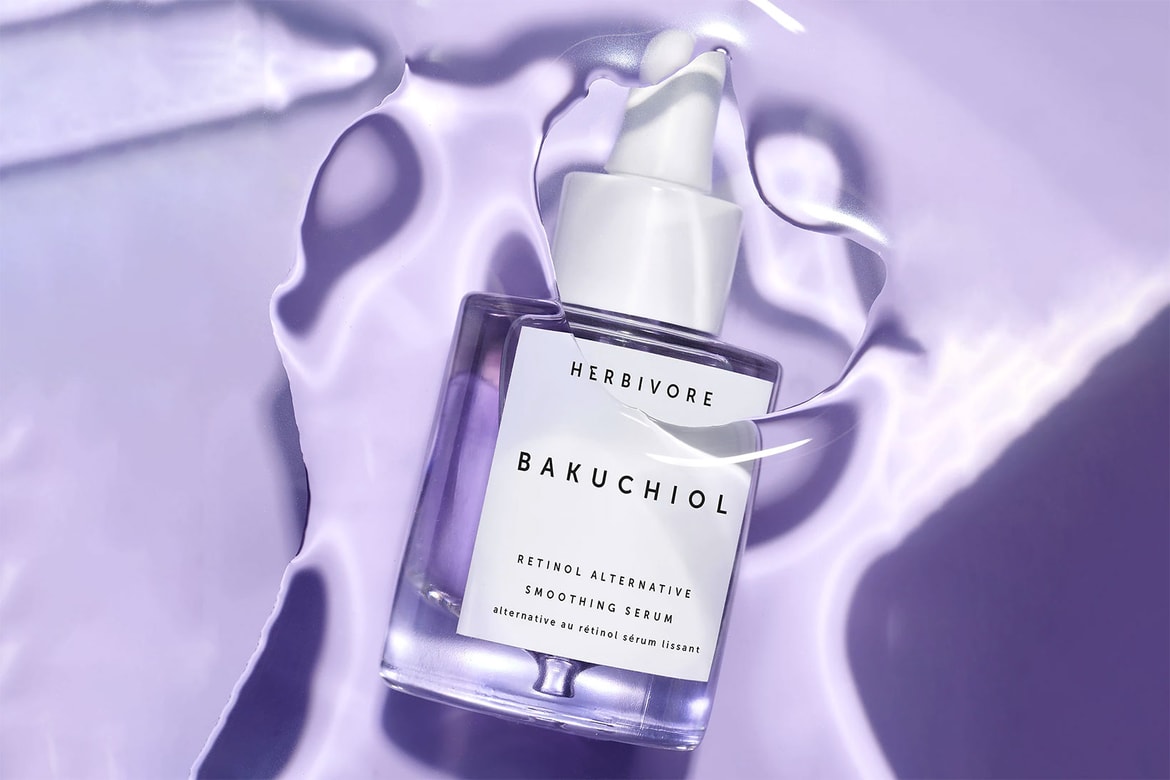 ‘It’s not uncommon for communities to notice plants harvested for traditional purposes suddenly diminish when they become popular in the West,’ says expert in sustainable beauty brand development at The Green Chemist Consultancy, Dr Barbara Olioso. ‘Bakuchiol plays a very important antibacterial role in treating diabetes and there is less opportunity now for locals to harvest its seeds for such uses.’

When done right, sourcing and trading natural ingredients can prove invaluable for third-world countries needing more income, but transparency is essential and many brands struggle to find suppliers they can trust to uphold their ethics.

If dependent on honest information to ensure the ingredients supplied have been sourced sustainably and traded ethically, Houghton stresses the necessity of accreditation from reputable businesses ISO (International Organisation for Standardisation), NATRUE (which champions quality in ingredients and production), and COSMOS (which sets standards for organic and natural cosmetics in Europe).

This is because they think carefully about all of these different aspects and have consequently devised their own systems regarding ingredients and packaging, providing an assurance that combats greenwashing, and playing a crucial role in the fight for a more responsible industry.

All of this being said, we shouldn’t immediately assume that to save the planet we must throw away our makeup, ditch our skincare routines, and never pamper ourselves again.

Though the primary weight of climate change responsibility lies on the shoulders of big-name brands, for the conscious consumers wanting to go a step further in their quest for sustainable products that suit their values and support a holistic sense of wellbeing, there are several options.

To name a few, shopping locally, investing in trailblazing companies with sustainability at the core of what they do, modifying how we consume products, or keeping an eye out for ‘circular beauty.’ A process which utilises unused resources (e.g. apple pomace or coffee grounds) that would otherwise become waste, it’s a sure-fire method of safeguarding people and the planet.

At this stage, what it comes down to is making a difference, no matter how small. And rather than concentrating on ‘natural,’ we should be celebrating the brands prepared to be transparent. Those readily willing to be completely open about exactly where their ingredients come from because they have no reason, whatsoever, to hide it. Here are a few of my all-time favourites.