The sports brand has launched a pair of Air Max 2090s, specifically created to explore what the future of footwear design might look like and how it has evolved in the last few decades.

One of the most futuristic sneakers currently on the market, the Nike Air Max 2090 has been created with the purpose of demonstrating how tech is transforming the footwear design process right now.

A simplified and refined call-back to the original 90s version which were first launched 30 years ago, the ‘shoe of the future’ (as Nike is calling it) not only shows how footwear has evolved, but also what the future might hold from a holistic shoe design perspective. 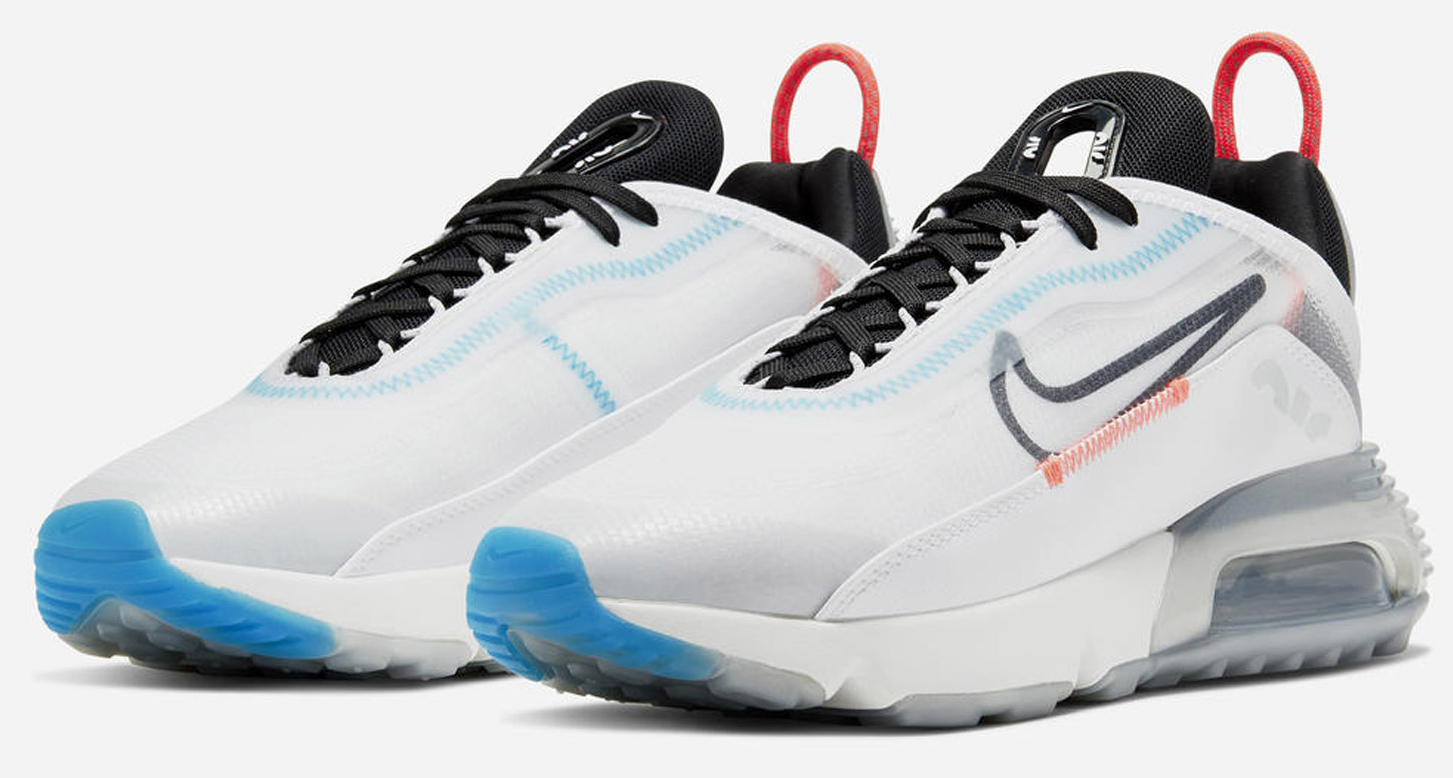 Interestingly, the 90s sneaker industry was, according to Nike senior creative director Dylan Raasch ‘inspired by Italian sports cars.’ However, due to the limited manufacturing methods and materials, the sneaker ended up with a relatively tank-like build.

Now, thanks to technology’s dramatic improvement, the label has been able to revisit the idea of speed and a lightweight structure that’s associated with electric cars, while still ensuring durability. With opaque supportive materials and transparent elements, the front and rear of the 2090’s have been designed to appear like headlights and taillights seated, of course, upon Nike’s innovative air pockets. 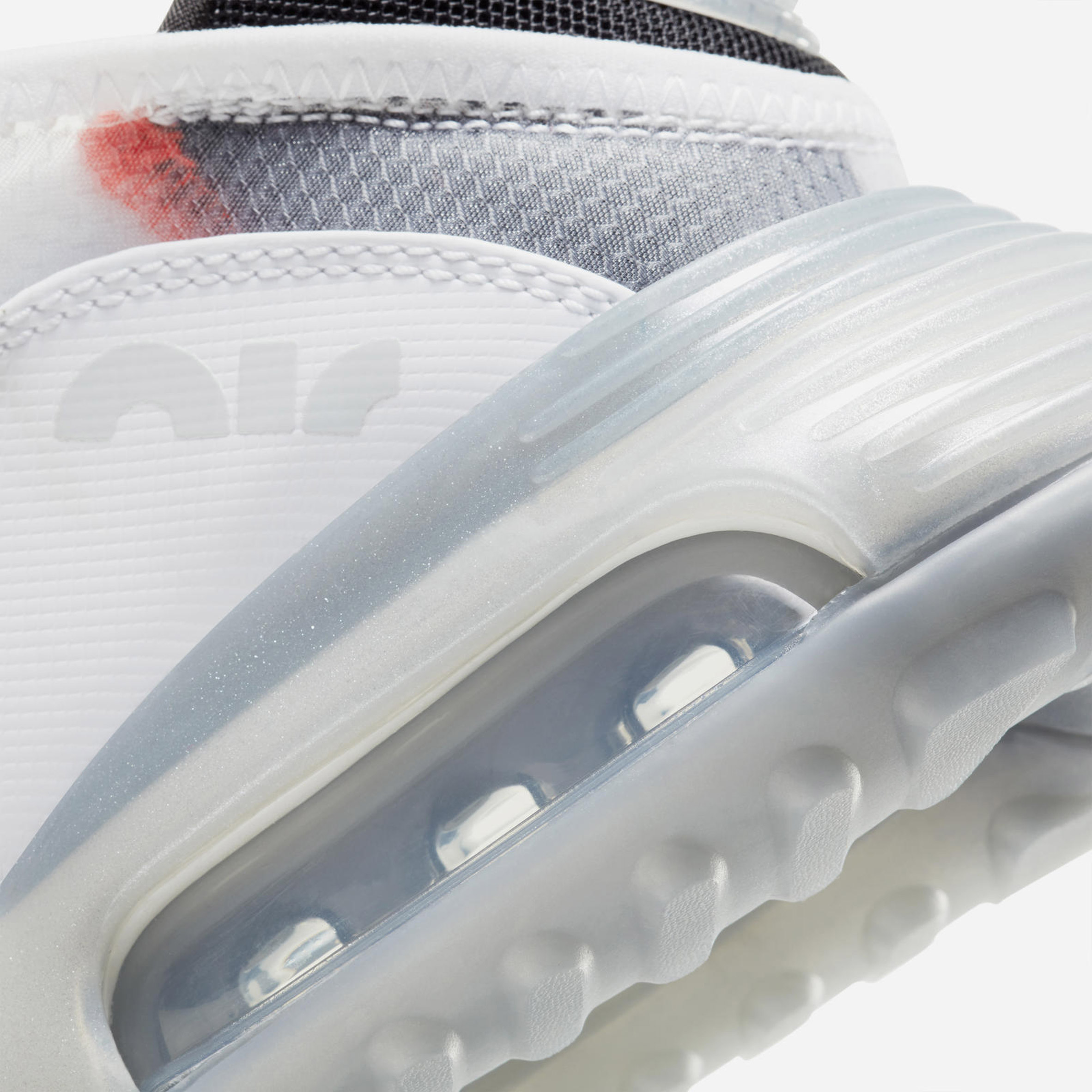 Retaining the iconic 90s mudguard, horizontal fins on the moulded parts, and the framed window of the air unit, this updated pair has 200% more air, another step towards Nike’s ultimate goal of creating the sensation of quite literally walking on air. Additionally, with tech progressively allowing for extended wear and reduced fatigue, comfort is at the forefront of this shoe, the cushioning system a huge step forward from its rudimentary initial stages.

‘Over the past 30 years technology has improved tremendously and it’s almost fully aligned to what our ultimate vision of what the future of trainers can be,’ says Raach. ‘Manufacturing has also greatly improved and we have been able to build the bag to its optimal proportions, use materials that allow for the perfect flex and support, all while moving into a more sustainable direction of manufacturing.’ 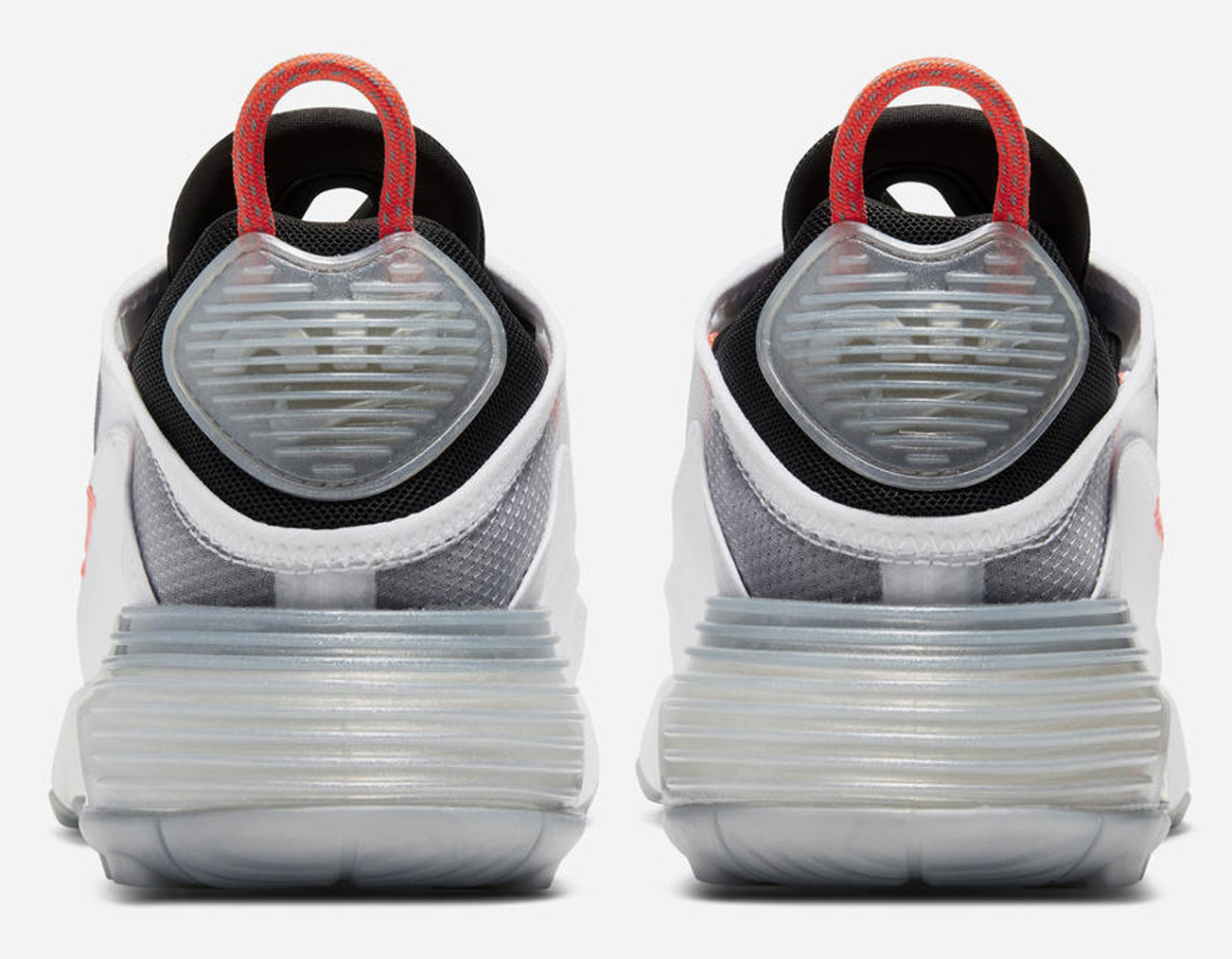 Raach believes that if footwear innovation keeps evolving at this rapid rate, there will be technological leaps forcing people to rethink what sneakers actually are, that they’ll eventually become ‘more akin to a form of transportation than a mere foot covering.’

Well, given how much has changed in just 30 years, Raach isn’t wrong to assume there’ll be another significant evolution in the footwear design process, one that’ll use sportswear technology to flip the notion of what we consider trainers today completely on its head. Plus, looking once again at the automotive industry, it’s likely that sneakers will follow a similar path as culture shifts alongside aesthetics. It’s impossible to predict what style will be like in 2050, but judging by Nike’s releases as of late and the fact that it’s even started using Artificial Intelligence to boost sales and acquire a better understanding of consumer desires, the brand certainly seems to have a relatively good idea.