Esports is on its way to becoming the cosmetics industry’s next hype channel for reaching consumers.

It’s becoming more and more apparent that the worlds of fashion, beauty, and technology go hand in hand when it comes to marketing. The intersection of gaming and the cosmetics industry is rapidly gaining traction.

Following the huge success of last year’s Louis Vuitton x Riot Games collaboration, gaming is no longer considered an opportunity to target specifically male consumers. Tapping into this is Esports, a million dollar industry of competitive video gaming that’s emerging as the next in-demand channel for reaching female consumers and the beauty brands they buy from.

Just last week, MAC Cosmetics released an entire range of new products in collaboration with the popular Tencent mobile app Honor of Kings, which corresponds with the game’s virtual characters. Of all the beauty brands involved in the gaming space, MAC has been the most active, gifting products to Twitch influencers, and sponsoring TwitchCon last September.

Not far behind is Louis Vuitton (of course), Sephora, and Benefit Cosmetics, a ‘very forward-thinking company that’s and expecting to develop different initiatives around gaming,’ according to president of Girlgamer festival organiser Grow Up, Fernando Pereira. 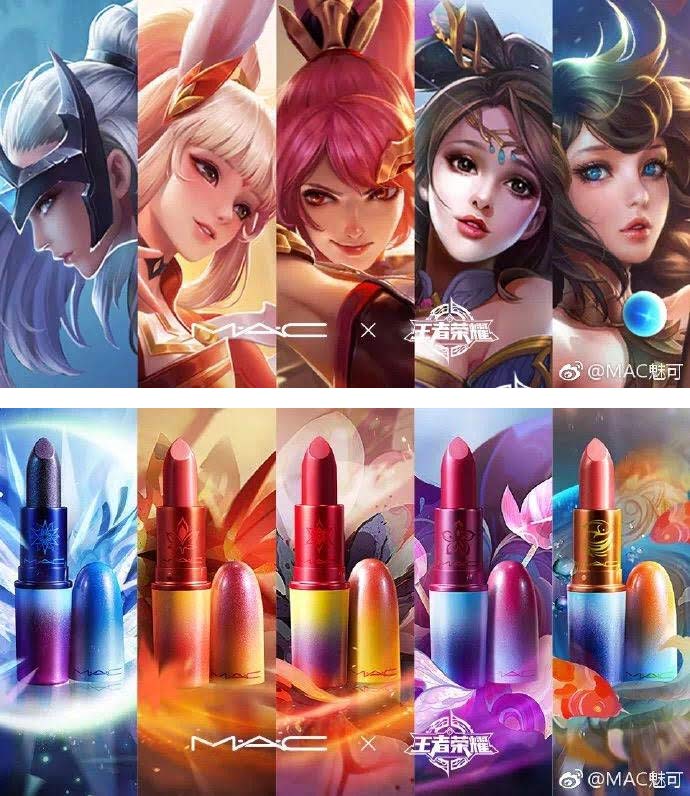 MAC’s Honor of Kings campaign is not its first involvement with gaming, but it’s certainly its most timely. With the inevitable surge of gaming and Esports usage as the world remains indoors to avoid the spread of CODIV-19, there has never been a better time to market new products via these platforms.

In China, the app store has seen a 62% increase in mobile game downloads since the pandemic began. And in the US, Verizon has reported that game usage is up a whopping 75%. In fact, the sudden rise of gaming use in lockdown has not only caught the attention of beauty brands looking for new ways to interact with consumers, but has totally accelerated Esports’ status as a lucrative marketing opportunity across all industries.

‘Because of the social distancing, people are consuming a lot of digital content,’ says Pereira. ‘Esports is thriving. Brands such as Nike, BMW, and other consumer brands are investing into this space now.’

Although the majority of big sports tournaments have 1% or fewer women actually competing, given that 40% of all gamers around the world are women (as data from NewZoo demonstrates), it’s unsurprising that brands have deemed this space one of the best ways to communicate for the time being.

‘Luxury and beauty are all about aspiration and emotion, the very same attributes found in gaming,’ says Steven Ekstract, brand director of global licensing group Informa Markets. ‘Gaming is a very natural marketing tool therefore for luxury and beauty brands to target consumers.’

So, don’t be surprised if the next time you log on to play League of Legends you see an advertisement for makeup or skincare because as we now know, fashion and beauty brands looking to reach Gen Zs face a whole new era of engagement.