Fashion currently contributes up to 10% of global carbon emissions. With this figure set to increase three times by 2030, going carbon neutral is the industry’s only option for survival.

Environmental non-profit Stand.earth has released a new report urging fashion brands to go fossil fuel-free. The study, which outlines five steps the industry can take to drawdown its emissions, states that a refusal to immediately withdraw from reliance on coal, oil, and gas will result in fashion’s demise.

Until this point, brands have often used greenwashing to mask their inaction. This lack of transparency has no place amongst the highly influential Gen Z demographic, 37% of which now insists upon knowing what goes into products and how they are made before they buy.

With consumers increasingly concerned about issues such as sustainable resourcing, fair labour, and the planet’s health, brands are finding themselves under growing scrutiny. 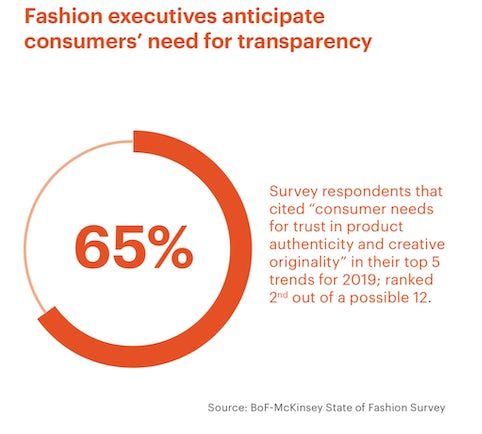 In a nutshell, ‘carbon neutrality’ can be achieved by calculating carbon emissions and doing whatever necessary to balance them out, or ‘offset’ them. Of the several ways there exists to do so, the most popular option involves donating to charities that plant more trees or use energy efficiency to reduce emissions. But when it comes to fashion, the answer isn’t quite so simple, nor is it viable.

‘Brands are saying that they have carbon emissions which are essential; that instead of cutting them out, they’ll offset,’ says Sara Arnold, a representative of XR’s Fashion Boycott team. ‘So you calculate: there were that many flights taken, so we’ll plant this many trees. But carbon emissions have knock-on effects which should be taken into account, and there are feedback loops. We’re getting closer to tipping point.’ These knock-on effects are far-ranging and include extreme weather, food supply disruptions, increased wildfires, and air pollution (to name a few). Though offsetting schemes might help with future emissions, the effect isn’t immediate, and the accumulation of CO2 released into the atmosphere now can still be felt.

In fact, while the industry made a start last year with the rise of ‘carbon neutral’ fashion shows (a by-product of Kering’s pledge to ‘become carbon neutral within its own operations and across the entire supply chain’), the practice of offsetting the destructive element is, as argued by critics, more a means of lessening guilt rather than truly reducing harm.

‘It’s important to note that offsetting isn’t actually tackling the reduction of a company’s footprint,’ says Ilishio Lovejoy, project manager for policy and research at Fashion Revolution. ‘It’s making the overall global situation ‘less bad’ by ‘doing good’ somewhere else. Our best bet is to encourage things like regenerative agriculture – farming that’s focused, among other things, on isolating carbon into the soil.’ Why companies use greenwashing to mislead customers

Essentially, brands can no longer pay the problem to go away. At present, fashion contributes up to 10% of global carbon emissions and, with this figure set to increase three times by 2030, companies should instead begin aiming for net-zero emissions.

In the context of slowing down global warming and, ultimately, avoiding the looming climate catastrophe, a zero carbon economy is both a business and planetary imperative.

‘It’s going to be vital to de-risk and to prepare your value chains and your customer for this altered reality,’ says Laila Petrie, joint chair of the United Nations Fashion Industry Charter for Climate Action. ‘At best, this means a marketing exercise coupled with investment to counterbalance the footprint of a fashion show, for instance. At worst, it’s akin to paying for the problem to go away while otherwise preserving the status quo.’ Yes, carbon neutrality is an important goal. And yes, it’s certainly better than nothing. But just as crucial is what lies underneath it. As a society, we must try harder to consume less, and more efficiently.

In terms of fashion, that means buying better quality clothing and wearing it for longer – it’s also vital we broaden the conversation beyond individual acts.

Acts like making small changes to our lifestyles or limiting our consumption of animal products. This is, of course, beneficial, but it needs to go hand-in-hand with big-picture discussions regarding company transparency and their sustainability efforts. This is the motive of Fashion, Tell The Truth, a campaign calling on the industry to think about necessity rather than indulgence. ‘I don’t think it’s appropriate to be advertising things that people don’t need, or trying to increase demand,’ says Arnold, who’s also its founder. ‘It should be using advertising to educate people on the situation we’re in. What we need is a radical rather than incremental approach to decarbonisation. The latter won’t cut it anymore.’

At the end of the day, if fashion is genuinely going to clean up its act, steps will need to be bold. No more empty promises, we need to get there – as soon as is feasibly possible. Behaving responsibly is a moral obligation in the 21st century and if brands can’t create a carbon neutral collection (or better) in the next decade, then frankly speaking there’s no reason we should be buying from them anymore.