At this year’s show, the inclusive fashion label chose to focus on the struggles faced by trans athletes as they fight for a place within the world of athletics.

Free from fashion’s traditional show schedule, designer and founder of Chromat, Becca McCharen-Tran, decided to do things a little differently this year. Having built her brand on a wholly inclusive perspective that strives to challenge beauty standards, Tran’s clothing is designed for all – no matter their age, size, or race. A vocal champion for boundary-pushing in the industry, she is determined to change the way people feel about and see themselves.

And, although casting Black, trans, and plus-size models only recently became top priority for many labels, Chromat has been leading the fight for diversity since day one. ‘We have always utilised our runways, campaigns, and any platform given to us to celebrate people who inspire us, as well as those historically excluded from fashion,’ she says. ‘When I get DMs from people who are wearing their first bikini after years of not feeling comfortable or confident enough to do so, that feels like the best thing in the world.’ 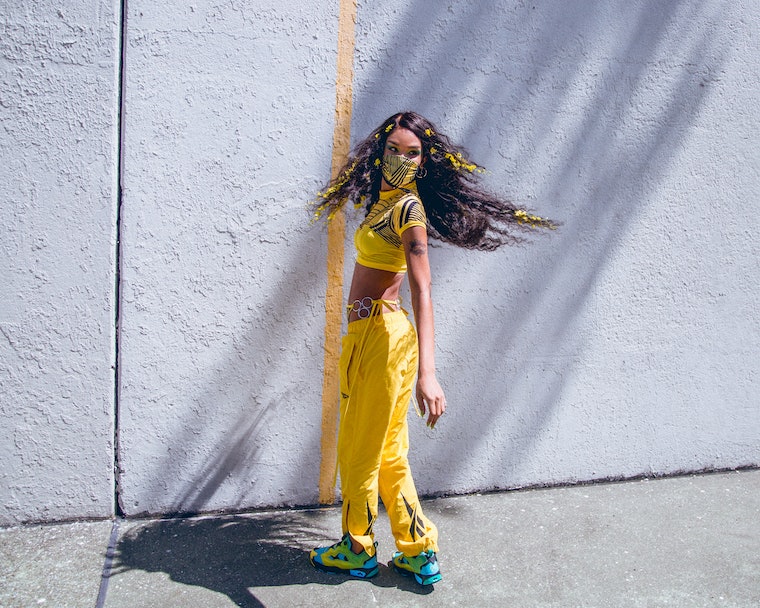 For the SS21 season of NYFW, Tran presented her new collection throughout a very special film directed by activist Tourmaline, who rose to fame in 2018 with Happy Birthday, Marsha! a short picture that drew attention to LGBTQ+ icon Marsha P. Johnson. ‘Everything she does is so intentional and done with care,’ adds Tran. ‘Working with her during this time was something I needed.’

Titled Joy Run, the new offering aired last week alongside dozens of other virtual catwalk shows on Runway 360, the CFDA’s digital fashion platform. Chromat’s collab with Tourmaline (in partnership with Reebok) maintained the brand’s original vision from its AW20 line – one that creatively reimagines athletics as a gender inclusive space. ‘This is about trying to reject the notion that there are only two categories for athletes,’ explains Tran. ‘We wanted to tell the story of fall through a creative reimagining that is more gender-inclusive.’ Shining a light on the struggles faced by transgender athletes, the stories of various legal battles faced by Olympians such as Caster Semenya (who, upon winning the 2009 World Championships, was subject to sex testing and forced to withdraw herself from the competition) have been well-documented. Unfortunately, the problem extends a great deal further. Terry Miller and Andrea Yearwood are also featured, both students who experienced success in track and field only to encounter discrimination from peers and athletic associations in their individual hometowns. ‘To be a part of sports, especially in high-school athletics, is about more than playing a game,’ says Tran. ‘It’s really about leadership, team building, working together, and feeling part of a community.’

But despite these disheartening accounts of unjust struggles, joy does indeed persist, at the core of what the film is advocating for. Similar to the real-life events Chromat has hosted in the past, Joy Run includes appearances from an in impressive roster of guests such as Maya Finoh, a cultural worker known as Savage x Fatty, non-binary trans femme artist Maya Margarita, artist, writer, and dancer with cerebral palsy, Jerron Herman, and Chella Man, a trans and deaf artist who recently starred in Calvin Klein’s Pride campaign. 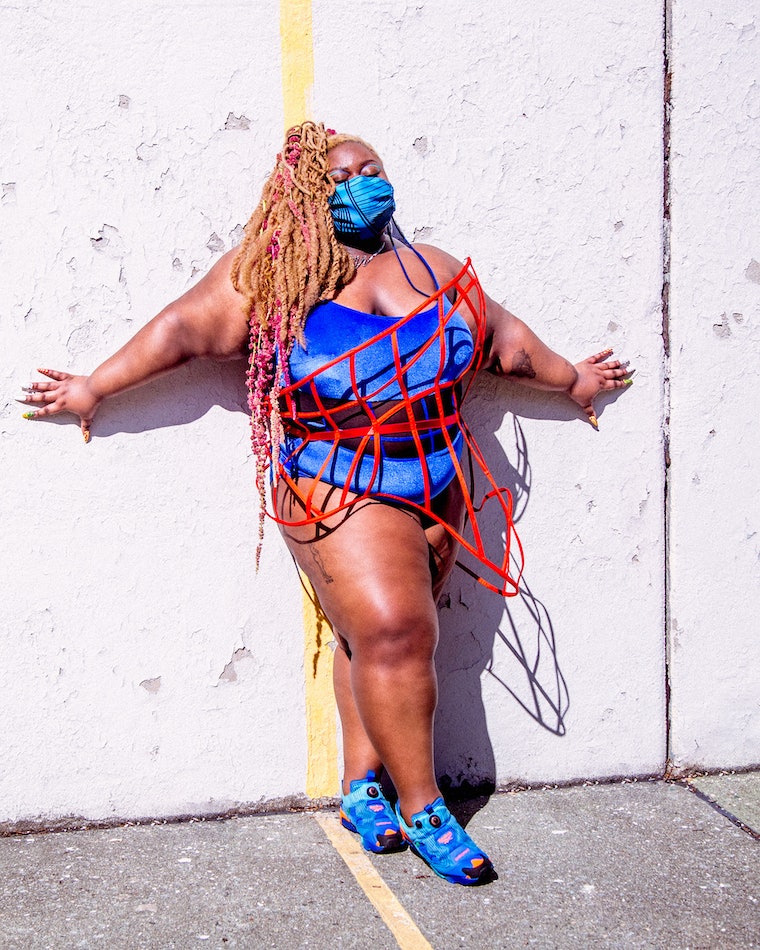 ‘We are in a moment where so much is happening on an international and local level around sports that reproduce a world we don’t need or deserve,’ says Tran. ‘Joy Run models the ways that sport — in its broadest form — can be a force for pleasure, for lifting each other up, for revealing in the deliciousness of our bodies.’ Ultimately, Tran is demanding for transgender, non-binary, and gender nonconforming athletes to have complete freedom when participating in sports at all levels.

‘This is important to share widely and be loud and proud about this, and to get as much press for this as terf transphobes like J.K. Rowling gets for writing anti-trans propaganda,’ she stresses. ‘It’s not just about rejecting things we don’t need or deserve but creating dreams of what we do.’

This optimism is reflected by Chromat’s SS21 collection, which is teeming with technicolour brights, and wearability suitable for a multitude of ages, sizes, and tastes. Check it out here.