The cult retailer, beloved by Gen Z, faces allegations of discriminatory hiring practices, sexual misconduct, and antisemitism. And you thought ‘one size fits most’ was bad.

Last year, as conversations surrounding racism followed George Floyd’s murder, an influx of former and current employees at some of the biggest names in fashion, including Refinery 29, Vogue, and The Cut, spoke up about issues of mistreatment.

Quickly followed by a wave of upheaval and, in some cases, resignations at many of these institutions, it seemed as though the industry’s reckoning would finally lead to genuine change.

We saw Moschino, Versace, Zara, and Antropologie crack down on discrimination and commit to doing better – likely a response to being held up for ridicule and boycotted by the public, but an effort, nonetheless.

Apparently blind to the societal progress (regardless of how disappointingly minimal) we’ve made since the BLM and MeToo movements began fighting harder than ever before to prevent their voices from being quashed, it appears it’s gone further downhill. 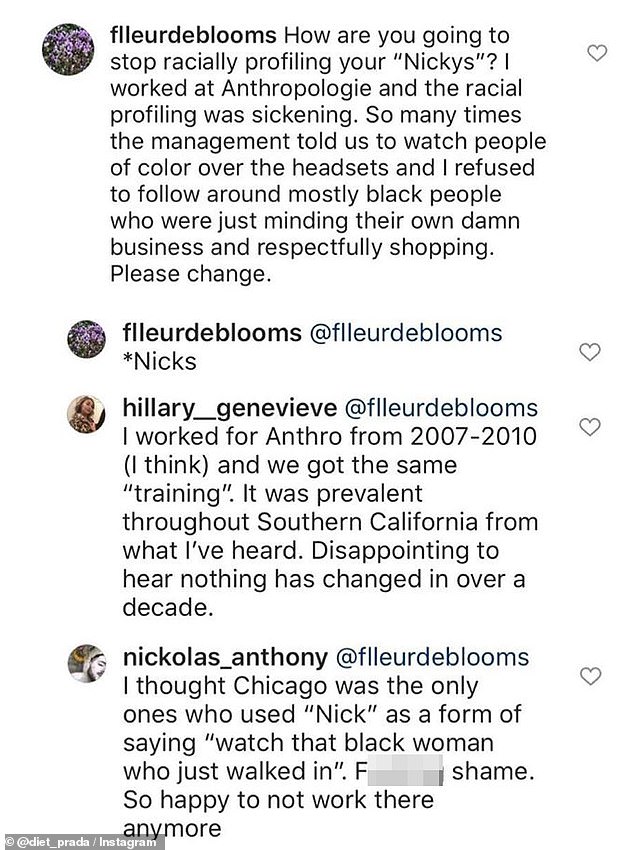 Before I get into it, however, let me specify that Brandy Melville has never been the shining star of inclusivity. Quite the opposite, in fact.

For decades, shoppers without the body type of a perfectly polished Instagram influencer have been hard-pressed to find anything that fits in store, despite the brand’s ‘one size fits most’ labelling which, another problem entirely, has understandably garnered significant criticism.

‘Every year that goes by, the beauty standard is shifting a little bit,’ says a Black employee who worked at Brandy Melville from 2016 to 2019.

‘And I feel like they’re so out of touch still. They don’t even try to keep up with the times. They’re stuck in this whole 2013 bubble where they feel like young, skinny, blond-haired, blue-eyed girls should be the face of their brand. We’re past that.’

In promoting the aesthetic of a skinny, blonde, and notably white girl (you only need to head over to their social media pages to clock the total absence of POC models), Brandy Melville has expressly shunned an entire community of people and fostered a divide between those who can wear tiny garments and those who can’t.

Frankly, it’s a wonder we haven’t witnessed their demise already.

A new report from Business Insider, published on Tuesday, includes accusations of an exploitative culture at Brandy Melville rife with racism, fatphobia, sexism, and antisemitism stemming directly from the very top.

‘Every day, girls who work at the fast fashion stores are required to send a full body photo to executives and partake in store-wide diets,’ says former vice president, Luca Rotondo, who was removed of his title for refusing to let workers go if they were ‘off brand.’ ‘If Stephan Marsan (CEO) thinks a girl is too heavy or unattractive, he demands that she be fired. If he decides a store has too many Black employees, he has them replaced with white women.’

‘He’s also said on many occasions that he doesn’t want to see Black or overweight women wear his clothes because it has the potential to damage the brand’s image.’ 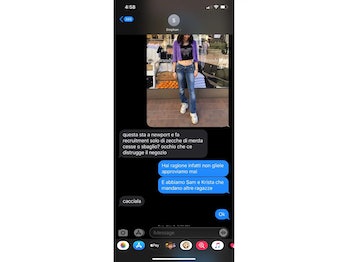 Unfortunately, it doesn’t stop there. In the NYC flagship store, Marsan and his fellow executives allegedly stay within an elevated area where they watch shoppers – often high schoolers – and press a button when they see someone suited to the Brandy Melville ‘look.’

This sets off a light prompting someone on the floor to ask for their photo and contact information so they can be recruited, their rate determined solely by their appearance.

‘There was no sugar-coating it,’ explains a former NYC regional manager. ‘It was, “she is skinny, white, blond, and pretty – let’s hire her.” Black employees, meanwhile, were often relegated to the storeroom or night shifts.’

Extending to interactions with the staff, multiple sources have come forward with accounts of underage employees as young as 14 being asked to undress in front of male executives to try on new clothing.

I got my hands on 150 screenshots of a group chat of male Brandy Melville higher ups — including the CEO — which was full of racist and antisemitic jokes https://t.co/dP5Z7HJBGP pic.twitter.com/NUYtDZMJET

Yet unlike in many recent stories of toxic work environments in fashion, Marsan is wholly uninterested in masking his policies with language about empowerment.

Rather he’s actively blasé about hiding his beliefs whatsoever, with screenshots to prove it.

‘There’s even one instance where Marsan photoshopped his face onto Hitler’s body and another where he edited an image of a severely emaciated women wearing underwear to read “Miss Auschwitz 1943”.’

why are y’all surprised that brandy melville is cancelled. they’ve only catered to skinny white girls for YEARS

All things considered, it’s not exactly surprising that a brand that emblazons ‘one size fits most’ on its label has issues that run deeper than size inclusivity.

But the details outlined in Business Insider’s report are particularly horrifying, especially considering that a large chunk of Brandy Melville’s employees are teenagers.

Marsan has evidently made a fortune selling cheap clothes that push this problematic aspirational lifestyle, but his refusal to reflect the real world could possibly (hopefully) be what ends Brandy Melville.

‘People don’t realise how corrupt this company is,’ finishes Rotondo.

‘It’s a disgusting company and needs to be shut down.’