Though the industry remains largely silent on this matter, several women-centric companies have publicly vocalised their stance on Texas’ harsh new anti-abortion law.

Earlier this month, we reported that one of the most restrictive laws in the United States had gone into effect.

Named the ‘Heartbeat Act,’ it bans abortions after six weeks of pregnancy (even in the case of incest or rape) and allows private Texas citizens to report and personally sue anyone they believe to be seeking a termination, as well as anyone helping them.

The extreme ruling, which failed to be blocked by the Supreme Court, was met with expected backlash from rights groups, celebrities, influencers, medical professionals, and even President Biden himself who warned it would unleash ‘constitutional chaos.’

And, despite predominant silence from the primarily female-led industry at large, several women-centric beauty companies have since joined the fray, taking to social media to voice their disapproval.

‘Keep your laws off my body,’ posted Benefit Cosmetics to its ten million followers, well-aware that consumers in 2021 are boycotting brands that don’t align with their individual values, those continuing to sit on the side lines.

Because, ultimately, all industries (especially beauty brands claiming to be rooted in empowerment and self-care) are required to act.

‘As a female-founded brand built on women’s empowerment and as a proud @plannedparenthood partner, we stand with all those seeking access to safe, affordable healthcare.’

Speaking out, it appears, is powerful.

With the post being Benefit’s most engaged with in two years (including those critical of the brand for discussing anything not directly related to makeup at all), vice president of US marketing Jennifer Whipple explains why this is important. Though it wasn’t their intention to receive quite so many likes or comments, she references Benefit’s core goal to be ‘more than just a platform for fun, laughter, and beauty.’ 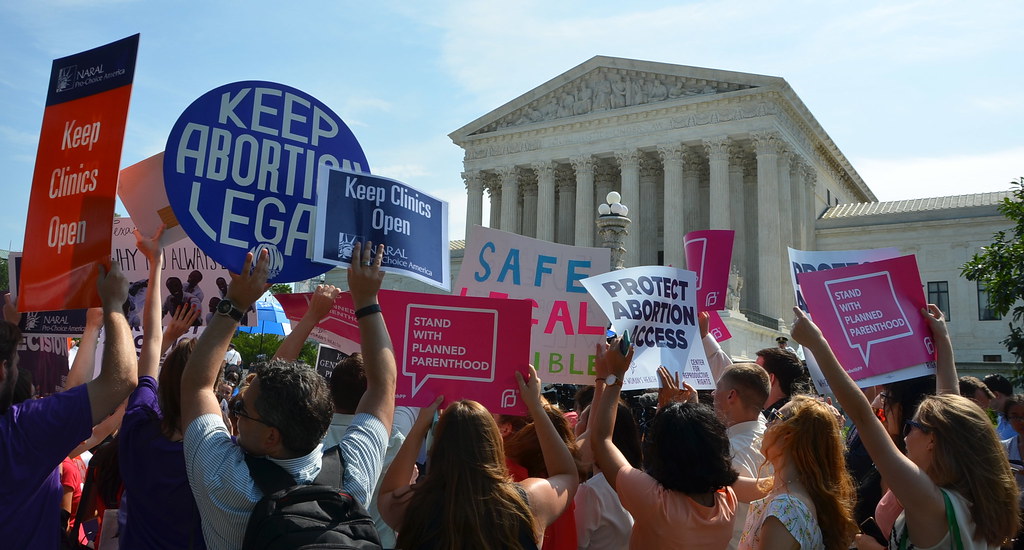 Rather a safe space for ‘voicing their stance on real issues they are for or against as a brand’ where meaningful conversations can be facilitated.

In Whipple’s opinion, pregnancy should not make a body public property and the ‘eerily dystopian’ law represents a reality and future we must reject building.

It’s a sentiment echoed by Goop – which recently shared a number of resources for the women ‘severely and unjustly’ stripped of their reproductive rights to contact if they need – clean makeup-brand Saie – which directed its followers to five funds raising money for Texans – and Dieux Skin – which donated an additional US$1 of every product it sold during America’s Labour Day weekend, from 4-5 September, to Planned Parenthood.

‘We built Saie to be a brand that believes everyone should have the right to feel good in their body and feel empowered to make their own choices for their personal wellbeing,’ reads Saie’s caption.

‘It is simply a human right to have freedom over one’s body. This law will disproportionately impact black and brown communities along with anyone that doesn’t have the means to travel to another state or area to make what is already a difficult decision.’