Tisloh Danboyi is the highly talented 21-year-old British med student with an incredibly relaxed approach to breaking into an industry renowned for its chaotic nature.

On the verge of becoming the next big thing in British menswear, Tisloh Danboyi’s professional relationship with fashion is somewhat unconventional compared to that of other young designers.

His decision to also pursue a career in medicine which, alongside fashion is typically wrought with high expectations and an ‘all or nothing’ ethos, is ambitious to say the least, but it isn’t slowing him down. A force to be reckoned with in both industries, Danboyi is currently working on the frontline as a healthcare assistant during the pandemic, using the little spare time he has to focus on clothing design.

Committed to fashion since he was just 13 years old, he interestingly attributes the majority of his inspiration to the music and culture of the sneaker industry. ‘I was very streetwear-oriented,’ he says. ‘I kind of just wanted to make the clothes that I liked, but couldn’t necessarily afford.’

In the following eight years, self-taught Danboyi would go on to largely transform his aesthetic,  maintaining an element of the contemporary to remain relevant, but adding more mature, formal silhouettes and heavy details that are perfect for the everyday male wardrobe.

His first collection, which debuted in 2018, was titled Summa Theologica after Thomas Aquinas’ text, representative of visual language and the genesis of his own label. A combination of the classic and the artistic, from floral hand-embroidered sweaters and t-shirts, to mohair trousers and pullover hoodies, Danboyi’s first foray into fashion was incredibly promising and he certainly continues to amaze.

In fact, if the present zeitgeist (streetwear as contemporary luxury and Virgil Abloh at Louis Vuitton) says anything, it’s that, in order to design and connect with a wider audience, it isn’t always entirely necessary to sweat through fashion school. Danboyi has built his brand from the ground up, beginning with what he refers to as a ‘platform in which to express creativity’ and arriving at what is now a very successful menswear empire. And he’s done it all without a specific education in the field.

Regarding his recent shift towards the increased level of seriousness in which he’s treating the brand and his need to form a coherent identity for it, Danboyi explains that he hadn’t truly settled on its direction until Summa Theologica had launched. ‘Previously, I wasn’t really working with building a brand in mind, so I went through quite a few name changes,’ he says. ‘Every time I designed or released something, I’d change the name to accommodate the change in direction I would take. But it got to a point where I wanted to take responsibility for it by giving it my own name.’ 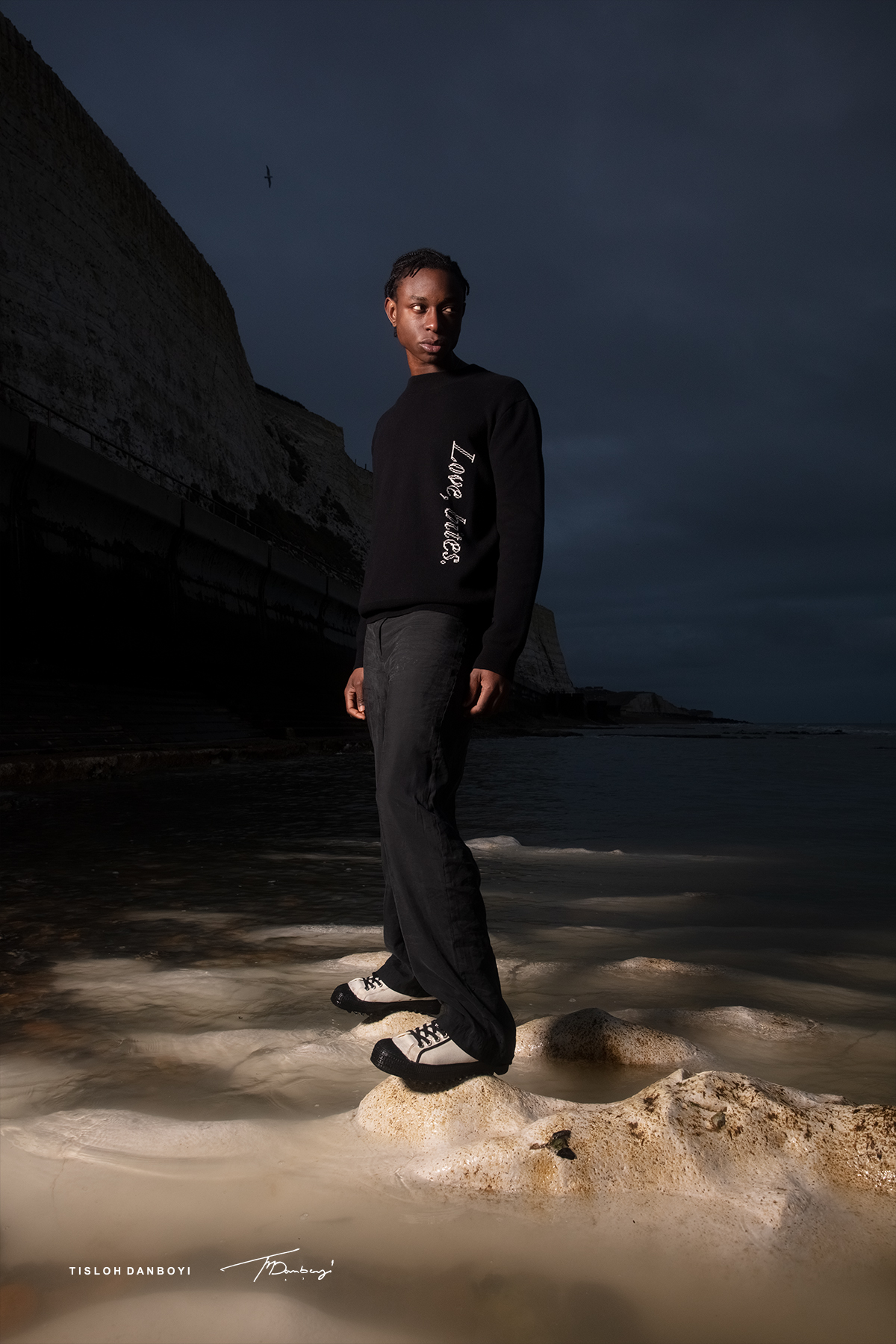 This newfound determination to buckle down has been accompanied by a distancing from the instant appeal of eye-catching graphics and an enhanced concentration on garment composition and form. According to Danboyi, his upcoming body of work, called Where the Land Meets the Water, relies primarily on the ‘subtle relaxation of formal tailored shapes and the gradient tones of tactile brushed wools’ for visual appeal.

Drawing influence from his professional aspirations, Danboyi says that the relative formality of the collection has to do with studying medicine, which has ‘made [him] focus a lot more on making [his] clothes slightly formal, so [he] can wear them in more professional settings and not feel out of place.’ The influencer telling women to dump their boyfriends 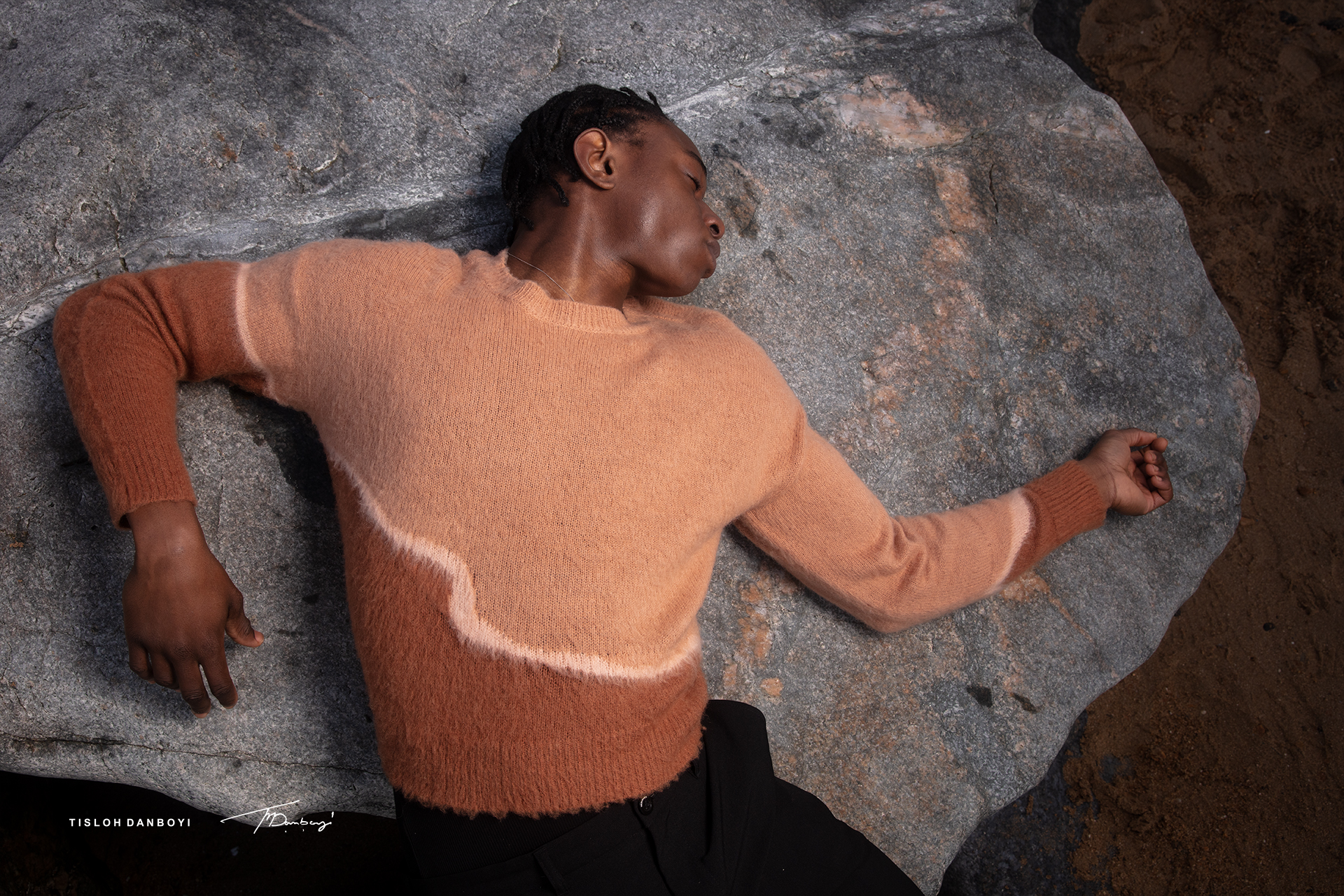 But, despite Danboyi’s seemingly effortless ability to follow two notoriously competitive vocational paths, it hasn’t been without sacrifice. ‘I know that my resources are limited, as is my time,’ he says regarding why his participation in fashion’s seasonal cycle just isn’t possible.

‘I put a lot of pressure on myself, because coming from a fashion background in London, I’ve always paid attention to seasons, and how it affects the kind of clothing being made. But I have to keep a mental note that I can’t actually keep up with that.’ Not to mention the impact these ambitions have had on his life as a student where, while his friends spend their free time doing extracurricular activities and socialising, Danboyi can be found at home, ‘relieving stress by designing.’ 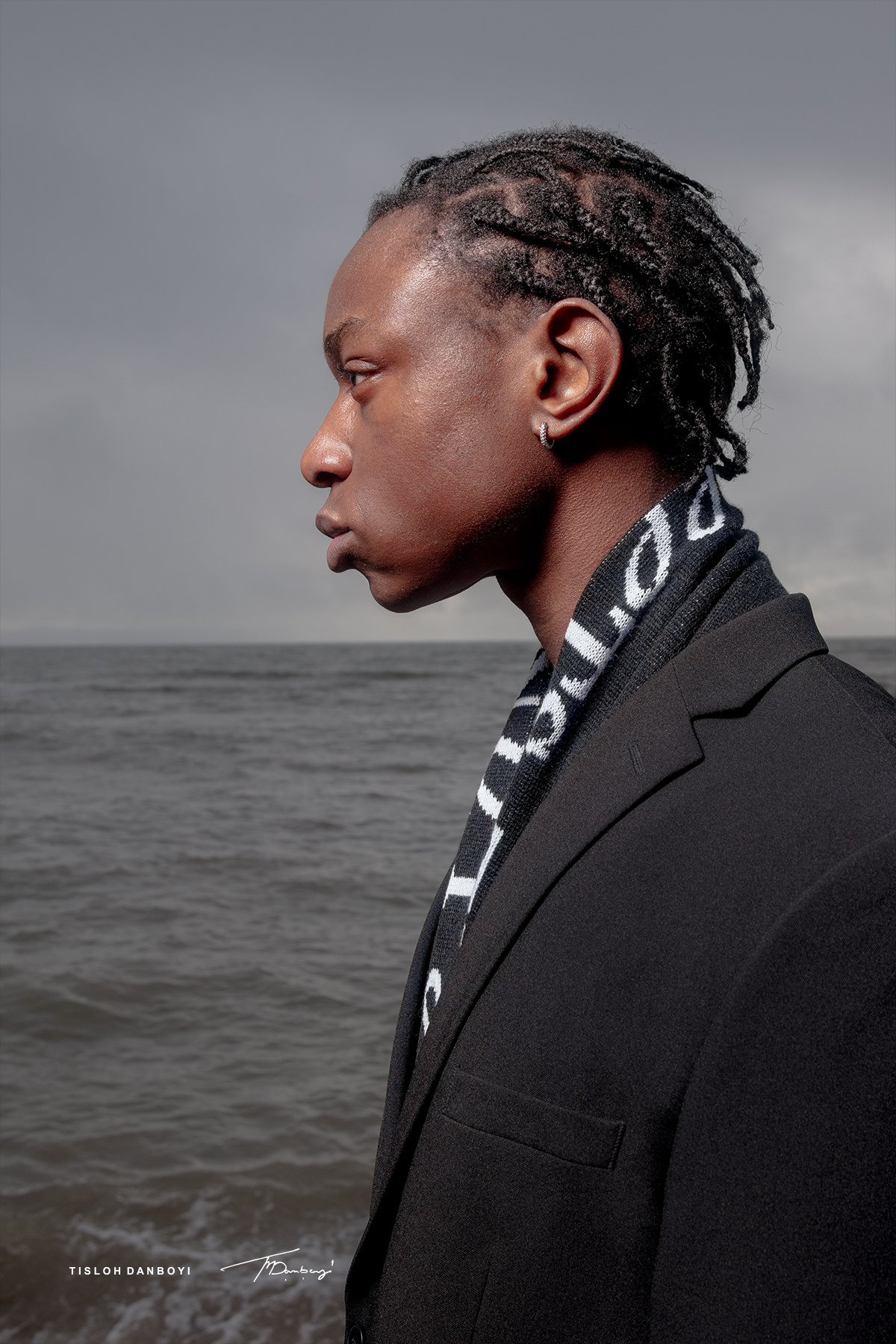 These temporal restrictions can be beneficial, however. As conversations surrounding the sustainability of both fashion and medical work practices increase, his steady design process and avoidance of the industry-standard seasonal structure is, in reality, a very positive thing for the environment. Rather than pushing to conceptualise an entire line within a matter of months, he is able to embrace a more experiential approach to working, without contributing so dramatically to fashion’s waste problem.

For Danboyi, it’s this idea of being punctilious and patient that’s at the heart of what he stands for. ‘Finding a balance between fashion and medicine is a constant battle I have with myself, but I think I want to take medicine to a point where I don’t need to worry about things from a financial standpoint,’ he says. ‘Design would then be my escape, but an escape that actually means something to people. I want to slowly build a progressive, attached following — people who care about the brand, and know that it’s there for the long run, and not just a quick bandwagon.’

I’m intrigued to see what’s next for this Gen Zer. His enviable time management skills and total dedication to two very prestigious industries is beyond impressive and a true source of inspiration for anyone who’s ever been told they can’t do both.

As for Where the Land Meets the Water, Danboyi is currently finalising the project, which is an exploration of the depth of his Nigerian roots. Take a look at the collection’s official Instagram page here. Artik offers creatives a way to provide one another with honest, concise feedback on their work. We spoke to founders Allegra and Hadi about the business and their ambitions to redefine modern art communities. If you’re a young artist trying to make a name for yourself you may want to check out Artik, a new start-up that’s developing a brand-new feedback-based experience via your smartphone. First established in 2018, Artik is... Not being able to visit a company office for an interview doesn’t mean you can’t have a strategy. Here’s our advice for securing a successful first-time chat with a potential employer. Question: Given most hiring is now done on-line versus in person, what should I change about the way I interview, speak, look etc…? Avalon 18, UK So, you’ve managed to make it to the interview stage of a job... Looking for a good approach to finding your next job? Here are my top three ideas for getting you that dream career.  Finding a job can be hard even at the best of times, but throw a pandemic into the mix and you’ve really got a tough task on your hands. Although it may be hard, there are things you can do to increase your chances of bagging a job and... The pandemic has changed the way businesses around the world operate and run - so where should you be looking to get hired once things return to normal? I’ve been thinking about this in terms of relevance and resilience. I’m not 100% sure which sectors or organisations go in which boxes; you can take your own view on that. But big tech, home delivery services, healthcare, town planning and operations are...