Pianos have been dismantled and sliced in a hut in Springburn to create a brand new theatrical and musical space.

They might not be the first thing you’d associate with construction, but it turns out pianos can be very useful when creating new spaces for the arts.

A steel hut in Springburn that was intended to be demolished has instead been transformed into a new theatre space for town residents using only recycled pianos. Alex Docherty, a hip-hop artist who lives in the area, proposed that it be turned into a new event space, café, and outdoor classroom in Springburn Park, and collaborated with Glasgow Piano City project founder Tom Binns to bring the idea to life.

The two were inspired by Pianodrome, a similar venue in Edinburgh that’s also constructed from recycled pianos. Speaking to The Guardian, Docherty says him and his team wanted to ‘make it feel special to play here and sit in the audience’. Banksy takes to the London Underground with Covid-themed graffiti

The project intends to reflect the personal connection that musicians have with their instruments, even after they’ve parted with them. Binns wanted to ‘give pianos a new life’ by making them integral to the atmosphere of the venue and prevent them from ending up in landfill.

An arc was chosen for the auditorium rather than a full amphitheatre to better fit the space, which means up to 80 people can be sat in it at once – though that will probably change due to social distancing measures. The steel hut itself was originally a storage area for grit, which had to be shovelled out and cleared, and 40 pianos were sliced up and reshaped to create the seating. 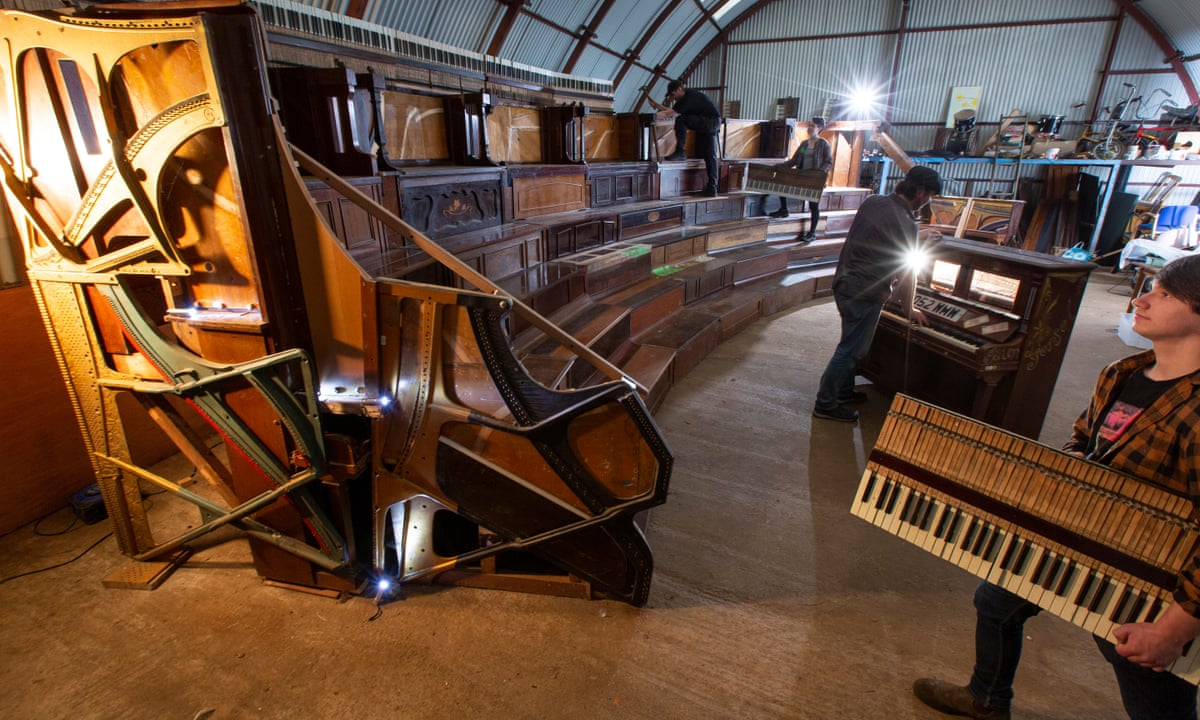 The final product is quite impressive and at first glance you may not even notice that it’s literally a giant mishmash of recycled piano parts. The venue will need to be reworked slightly to cater to unexpected social distance rules, but the bench layout will make this easier than traditional seats and it’s hoped it’ll be able to open within the next few months.

It’s great to see art, design, and community come together to actively improve an area like Springburn, which has historically struggled with high rates of unemployment and drug abuse. Docherty described the new venue as part of an ‘energy change over the last few years’ for the area and hopefully we’ll see more intuitive ventures such as this in more local communities soon. Who doesn’t want to sit on recycled instruments while at a gig?