JK Rowling taught most of the world a new acronym this week, and not really in a good way.

There are over one million words contained within the Harry Potter series in total, though it seems JK Rowling has managed to make just as big a splash in under 280 characters. A recent tweet by the world-famous author has been trending for days now, making the internet aware of a sad reality the LGBT+ community has long been cognisant of: JK Rowling is a TERF.

As JK finds herself mercilessly crushed by the combine harvester of public disapproval that she willingly jumped in front of, she’s given mainstream popular culture an opportunity to dissect a dialogue that has been relegated to the fringes of gendered discourse for too long now: the exclusion of trans women from all-female spaces. 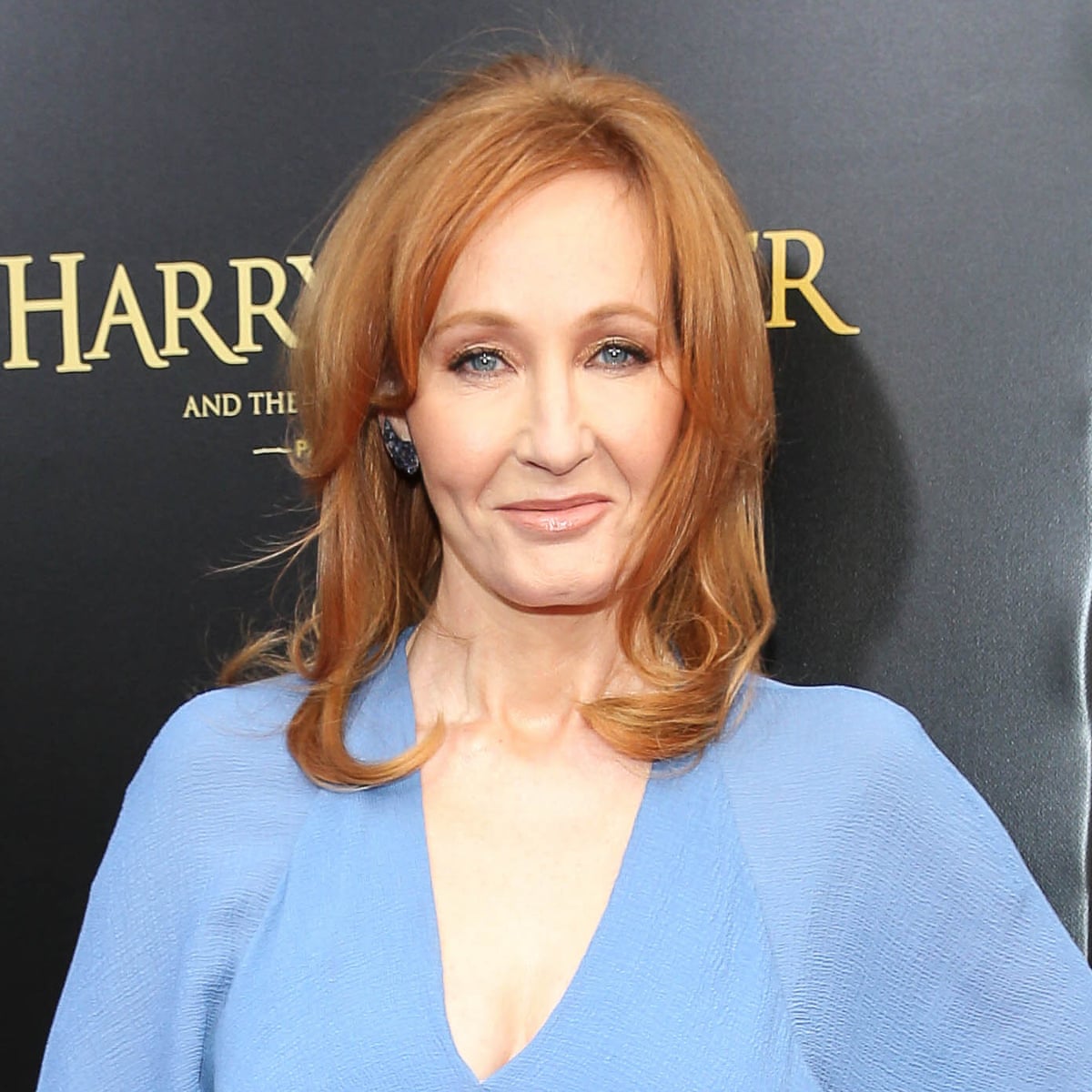 The acronym stands for ‘transgender exclusionary radical feminist’. According to Viv Smythe – the cis woman who is credited with coining the term but insists it was used in the trans community long before her – a TERF is a certain sub-section of ‘radfems’ or radical feminists who do not include trans women in their consideration of womanhood.

TERF ideology can range from overt denials that trans women are who they say they are, to covert microaggressions, like suggesting that certain female only spaces like rape crisis centres should exclude trans women. The softer forms of TERFism are, of course, born from the same prejudice as the hard-line views: the idea that trans women aren’t ‘real’ women.

Rowling was clearly tapping into this hateful ideology when, on Saturday, she implied that only women menstruate.

‘People who menstruate.’ I’m sure there used to be a word for those people. Someone help me out. Wumben? Wimpund? Woomud?

This, of course, drew the ire of the trans community and their many allies, as well as anyone with a basic understanding of biology and how the law currently pertains to biological sex (read: most people). Her statement excludes trans women as well as the intersex and non-binary community, and essentially relegates gender definition to bodily functions – the exact pseudo-scientific, transphobic dogma that equality narratives have been fighting against for years now.

Not all cisgender women menstruate but they are still women, I don’t want to be reduced to my biological functions, not all people who menstruate are women, this is a really abhorrent thing to focus on when the rest of the world is fighting for racial equality. https://t.co/ynP9kFSPIx

Rowling went on to respond by saying ‘I respect every trans person’s right to live any way that feels authentic and comfortable to them. I’d march with you if you were discriminated against on the basis of being trans.’ As pointed out by many, the trans community is absolutely and repeatedly discriminated against, and Rowling has not been peeped marching.

there is sooo much to unpack here. first of all trans people ARE discriminated against on the basis of being trans, there is no “if”, and here you are, not marching with the LGBT community.

The statements were considered particularly odious given that Rowling chose to champion them in the midst of worldwide protests against racial inequality – an issue that many were hoping Rowling would take a stance on given her similarly sketchy history with race narratives. Queer Eye‘s Jonathan Van Ness and Halsey weighed in.

Imagine writing a generation defining series about a youth uprisal that defeats a tyrannical monster motivated by the preservation of “pure blood” and looking at THIS time in the world and going “hmm…yep. I’m gonna invalidate trans people.”

Rowling’s Tweets have gained international media attention, but for many members of the LGBT+ community, they come as no surprise.

Rowling ‘outed’ herself as a TERF last year, when she lent her support to Maya Forstater, a woman fired from her job after posting openly transphobic Tweets championing such enlightened views as ‘men cannot change into women’. The hashtag #IStandWithMaya was briefly trending. Rowling joined in.

Dress however you please.
Call yourself whatever you like.
Sleep with any consenting adult who’ll have you.
Live your best life in peace and security.
But force women out of their jobs for stating that sex is real? #IStandWithMaya #ThisIsNotADrill Where does TERF ideology come from?

Many TERFs and TERF-sympathising people prop up their arguments with outdated and frenetic diatribes that simply don’t bear up to scrutiny.

A common argument suggests that ‘male-bodied’ people (an overly-corporeal and bigoted term popular with TERFs) undermine female safe spaces with their presence and could be possible triggers for ‘legitimate’ women in places of high volatility such as trauma centres.

Mumsnet, an internet platform that somehow evolved from a forum of mothers discussing baby formula to an echo chamber espousing often harmful rhetoric against minorities, has pointed to the inclusion of young trans people in The Girl Guides and the case-by-case measures that make it possible for certain prisoners to transition whilst incarcerated as signs that sexual assaults on women by ‘fake transgender predators’ will become commonplace.

A perfect example of TERF bombast comes from Guardian writer and political activist Julia Bindel, who, despite all of her progressive work through the Justice for Women initiative, found it necessary to refer to a transgender woman in a 2004 column as a ‘man in a dress’. ‘Imagine a world inhabited just by transsexuals’, she writes, ‘It would look like the set of Grease’.

The notion that trans women are mostly men intent on gaining access to female spaces rather than legitimate women who’ve likely gone through a difficult process of transition and self-actualisation has no precedent or basis in fact. Numerous academic studies have confirmed that trans-inclusive policies do not endanger cis people.

Portugal, Ireland, Norway, Columbia, Malta, Belgium, Denmark and Argentina have all adopted self-identification legislation and there’s been no spike in assaults. The notion that gender identification in any way incentivises people to commit crimes is farcical: writing ‘I am a woman’ on a piece of paper is not going to buy any leniency in a court of law.

The sad fact is that it’s often easy to drum up panic about this non-existent threat on female-only forums such as Mumsnet. On such platforms, where groups of women convene to discuss their lives and experiences, they will have stories of sexual assault in common. It’s a ripe environment for transphobes to prey on female trauma in order to stoke hatred towards trans women.

This is the very essence of the TERF/gendercrit cult: EVERYTHING has to be about The Trans. The shrieking mumsnet TERFs can't imagine that BLM would or COULD be about anything other than trans issues. Their worldview literally cannot accommodate any issue being unrelated. https://t.co/319H7VicMn

Why TERF ideology must end

It’s sad to see so many left-wing spaces taken in by bigotry masquerading as scientific enlightenment, particularly in the UK media.

The reductivist biologism used to reinforce TERF canon suggesting that there are immutable gender realities to be found in our DNA has been refuted time and time again by actual biologists. This essentialism – which skirts dangerously close to eugenics – destabilises the essential lessons we’ve been trying to learn as a society since the slave rebellion: identity politics exists, and it’s important.

Trans women are intimately familiar with the characteristically female experiences that make safe spaces so important. Whilst one in every six women in the US reports having been the victim of a serious sexual assault, the stats rise to one in every two for trans women. There’s overwhelming evidence that trans people, particularly women of colour, are victimised at disproportionately high rates and suffer regular abuse in public spaces. This makes them incredibly needful of female-only spaces and, as women who know what it’s like to fear for our lives, we should receive our siblings with open arms.

Other names associated with the Harry Potter series have spoken out against Rowling’s stance, including Daniel Radcliffe (who, of course, played the Boy Who Lived himself) and Katie Leung, who played Cho Chang. Radcliffe, who stated, ‘Transwomen are women. Any statement to the contrary erases the identity and dignity of transgender people and goes against all advice given by professional health care associations’, reflects the ire of 2000s kids watching someone they once idolised fall into disrepute.

Daniel Radcliffe spoke out after JK Rowling was accused of transphobia. She has yet to apologize. Radcliffe said: "We need to do more to support transgender and nonbinary people, not invalidate their identities." pic.twitter.com/ENZ93uQQLD

It’s unsurprising that the millennial Harry Potter actors are the ones are ensuring the series isn’t permanently marred by Rowling’s transphobia. TERF ideology is more commonly found in women who grew up championing third wave feminism in the 80s, and who tend to resist their notions of equality being evolved further.

Luckily, Generation Z have overwhelmingly come to the very obvious conclusion that trans rights are human rights, and trans women won’t be excluded from our definitions of womanhood anytime soon.