A quick google search of ‘feminist clothing’ yields about 38.5 million results. Most of these are shopping posts, linking you to slogan tees with phrases like ‘woman up’ and ‘smash the patriarchy’ on them. My personal favourite is a black tee with white writing ‘quoting’ Rosa Parks – ‘Nah’. 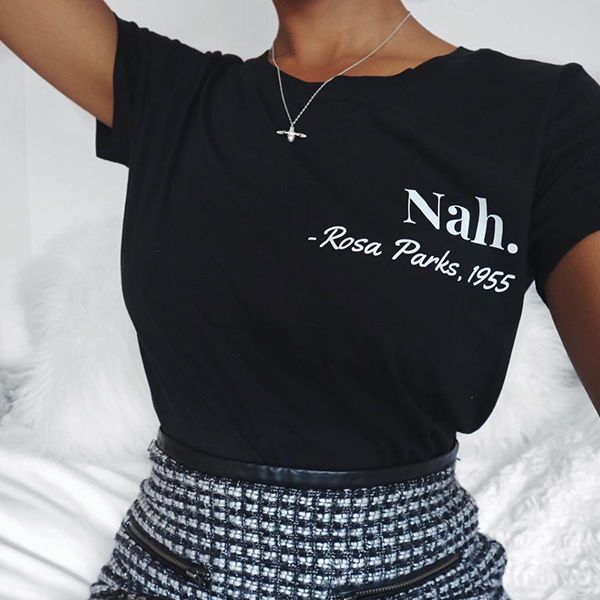 These tees are cute. I find myself picturing how they would look paired with items from my wardrobe. The seduction of fashion finds my brain wondering at odds from the reason I googled the phrase in the first place. I wanted to see if the phrase ‘feminist clothing’ would pull up a discussion of the actual feminist issues innate in clothing production and garment work. It’s not until the third page that I find one by HuffPost – an article questioning whether your favourite feminist merch actually does more harm for women globally than good. Of course, by now most people are already at the Zara check out with a ‘the future is female’ tote in their basket.

None of the supposedly ‘feminist’ clothing items on the search offer the key detail that could actually prove their feminist qualifications: information about where they were made, who made them, and under what conditions.

According to Labour Behind the Label, 75-80% of garment workers around the world are women aged between 18—35. Due to the gender pay gap (a disadvantage significantly exaggerated in the developing world) and lax labour laws, female garment workers often work for a fraction of minimum wage and are subjected to unsafe conditions. This report on a factory in Cambodia found that poor ventilation, lack of access to water, overwork, and chemical exposure had led to significant health problems in the factory’s workforce, the majority of whom are, or course, women.

The world has perhaps never paid as much attention to the plight of sweatshop workers as it did in 2013, when an eight-story commercial garment building called Rana Plaza collapsed in Bangladesh, killing 1143 people and injuring 2500. Workers reported that on the day of the collapse, they’d expressed concerns about the cracks ripping down the walls of the workshop and the strange moaning noises emanating from the roof. ‘Managers hit workers with sticks to force them into the factory that day’, said Judy Gearhart, the executive director of the International Labor Rights Forum.

80% of those killed were women between the ages of 18 and 20, forced by poverty to work in the factory for 22 cents an hour. 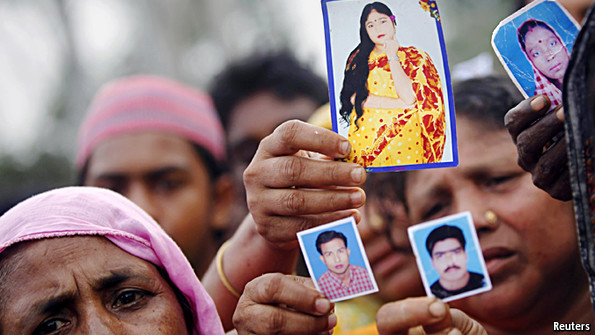 As the monolith of grey concrete poured itself out onto the Bangladeshi street, the eyes of the world turned to the companies whose names could be found amongst the labels in the rubble. The penurious Rana Plaza, it turned out, serviced a panoply of multi-billion-dollar brands such as Mango, JC Penny, and Primark.

Suddenly, the fortunate opacity of the capitalist production line came crashing down and the reality of worker exploitation was brought directly into our living rooms. ‘But I shop at Primark!’

After Rana Plaza, Bangladesh implemented a massive safety inspection and remediation program, and as of today more than 1000 of the factories covered by the accord have sufficiently addressed 90% or more of the safety issues raised in the places of work, according to independent inspection bodies.

As such, the West’s concern and outrage had proved fickle, our shopping habits seeing little change. UK consumers sent 300,000 tonnes of textiles to be burned or dumped in landfill in 2018, and according to a 2019 study conducted by McKinsey & Company, one in three young women in the UK still consider an item of clothing worn more than once or twice to be old. It seems that our taste for fast fashion is picking up speed, not slowing down. 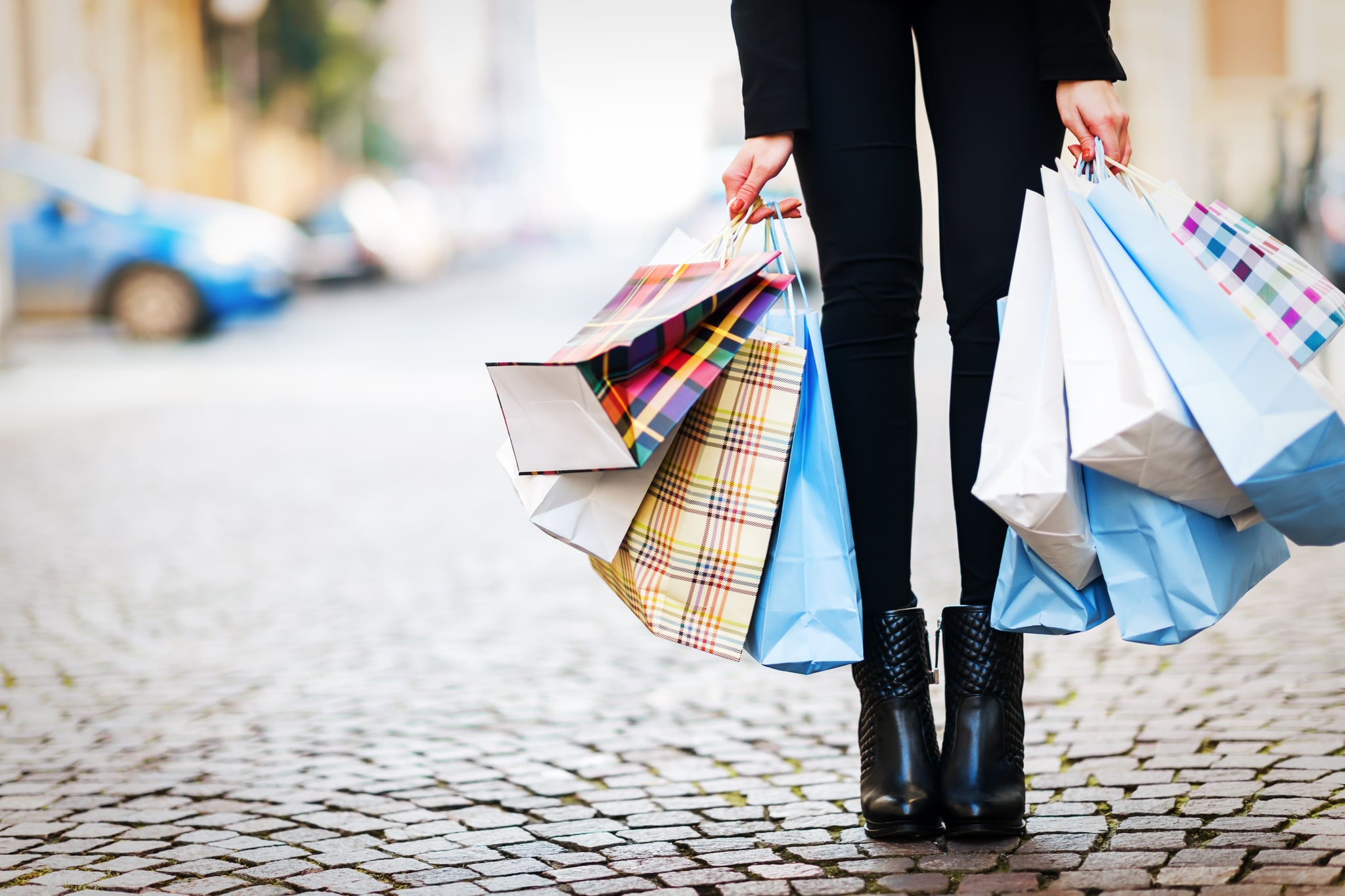 Why women are disproportionately affected by climate change

Nor has much changed in the wage female garment workers can expect on average –  around 20-30 cents an hour. Reports of garment worker deaths have continued to come in from around the globe, and so too have stories of female workers sacked or harassed for standing up for their rights against tyrannical and often abusive bosses.

It’s a story that echoes with alarming consistency throughout the vicissitudes of feminist history. In 1911, the Triangle Shirtwaist Factory Fire in New York killed 146 women, mostly young migrant workers. 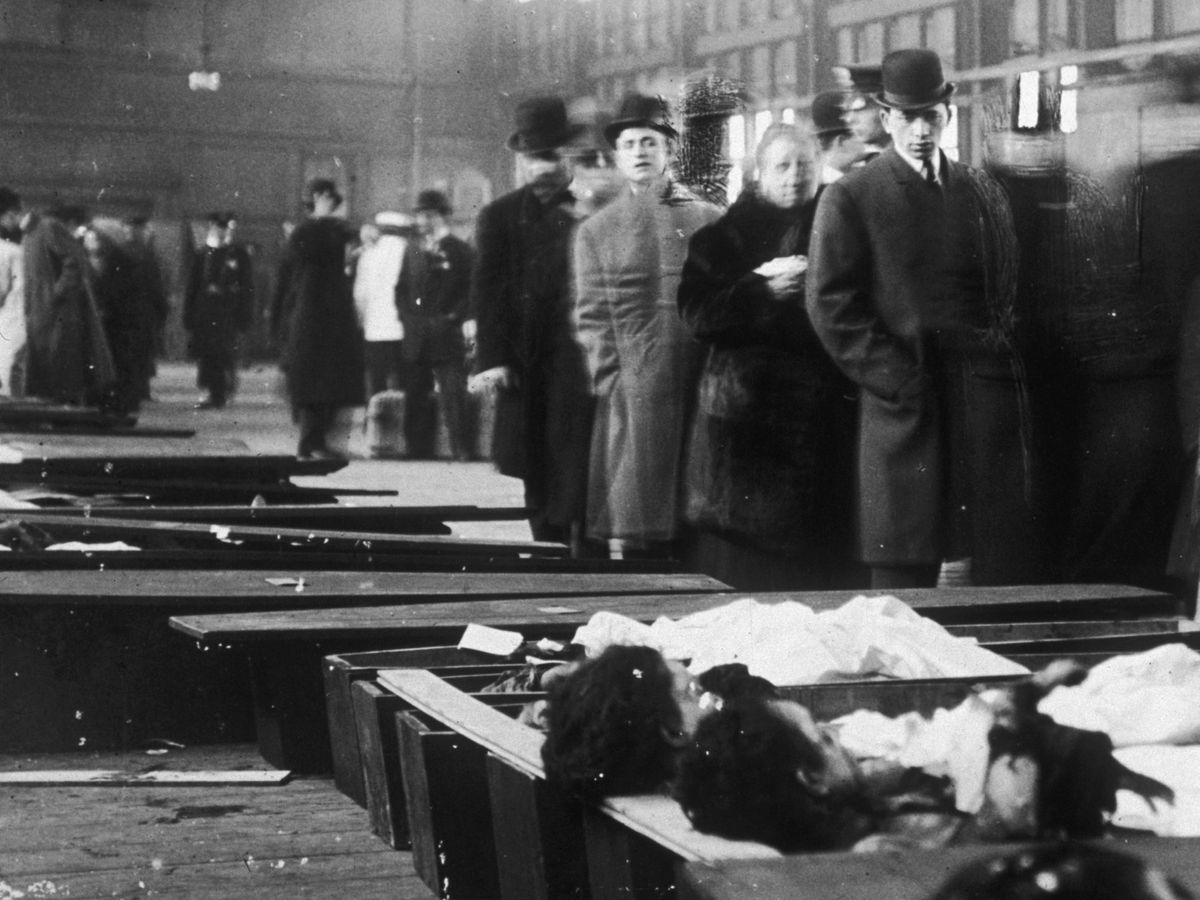 What differed then was that this tragedy was almost immediately digested with its gendered implications. Eight days after the fire, Rose Schneiderman, a Jewish-American feminist and prominent labour leader, gave a historic speech excoriating a society that would allow such an atrocity to occur.

‘This is not the first time girls have been burned alive in the city,’ she said. ‘Every week I must learn of the untimely death of one of my sister workers. Every year thousands of us are maimed.’

It’s truly a shameful fact that Schneiderman’s speech would not look out of place at a feminist rally today. The fact that working-class women are deserving of conditions that allow for dignity and meaningful life may now have been accepted as a general consensus, but the megalomania of globalisation and corporate expansion means that the problem, rather than being solved, has been taken offshore and out of sight.

The dire environmental impact of fast fashion has been a cornerstone of climate change talking heads for a while now, but the threat of carbon annihilation doesn’t seem to have been enough to deter consumers from abstaining completely. And this is completely understandable – I myself have fallen victim to the thought process that, as an aspiring vegan and recycler who tries not to fly, I’m probably doing enough for the environment to not feel guilty about one summer dress. 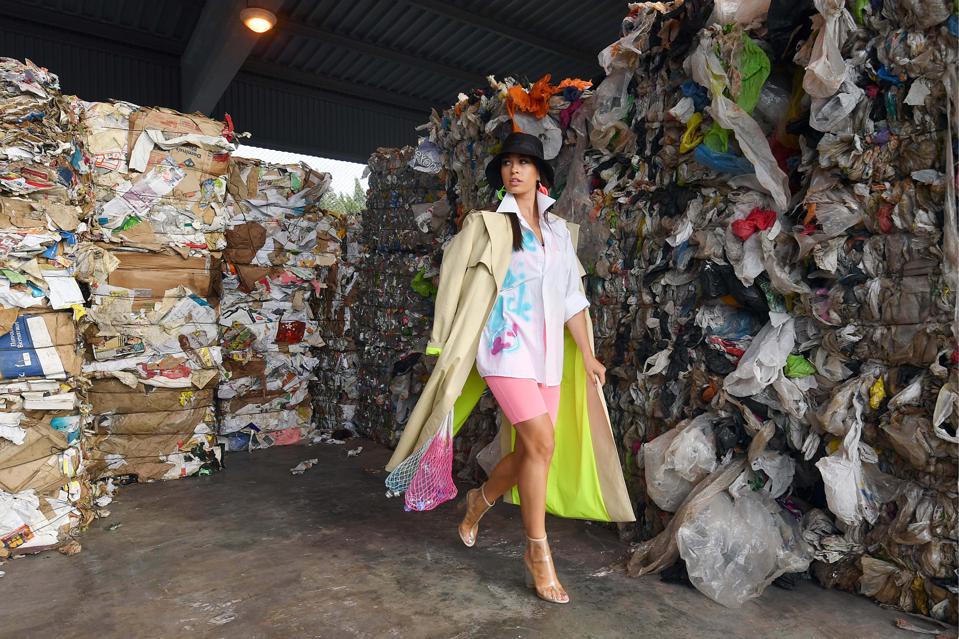 But, even if the added exploitation element made us look twice at our purchasing history, some women have no choice but to engage in fast fashion. Brands like Zara, initially conceptualised as an affordable outlet for the ‘working woman’, were instrumental in allowing females to populate the workforce.

The 20th century influx of women into previously unattainable positions necessitated a near instantaneous response from the fashion industry. Women needed to know how to dress for the office, and they needed to know fast. It was companies like Zara that answered this call, allowing middle and lower-class women to affordably dress for interviews and placements. To this day, many women wouldn’t be able to handle the expectations placed on the average female employee’s wardrobe without fast fashion.

So, what’s the be done? Truly, the largest onus here must fall on clothing companies themselves. Whilst Zara may have started out with the intent to empower women, they predictably fell victim to the siren song of cheap labour. As the Panama Papers and subsequent corporate whistle-blowers have shown, giant companies like Target and Topshop, already worth hundreds of billions, are involved in elaborate tax avoidance schemes that funnel money away from the nations where they source their labour.

These companies often pay little to no tax on facilities in developing nations, preventing local economies from flourishing and entrenching people in the very poverty that makes them accept poor working conditions. After more stringent regulations were placed on Bangladeshi manufacturing, JC Penny tellingly pulled its minimal investment, and moved its labour to India.

Though it might be tempting to consider ourselves impotently beholden to the leviathan that is the global fashion industry, our dollars are its working parts – the breath and blood that keeps it moving. If we’re fiscally able to do so, it is our responsibility to hold companies that abuse unsafe labour laws and neglect the rights of women to account by not purchasing their products. Money talks.

The quicker we can stop funnelling our cash into fast fashion and start investing in companies with ethical practices, the quicker corporations will start regulating the industry. Luckily, there are plenty of entrepreneurs out there revolutionising how we produce fashion by creating clear and transparent working practices, and employing and empowering women.

By investing in these companies, you’ll not only feel like a better feminist, but you’ll be doing your bit lobbying for safer, fairer working conditions. Oh, and you’ll be saving the environment too. 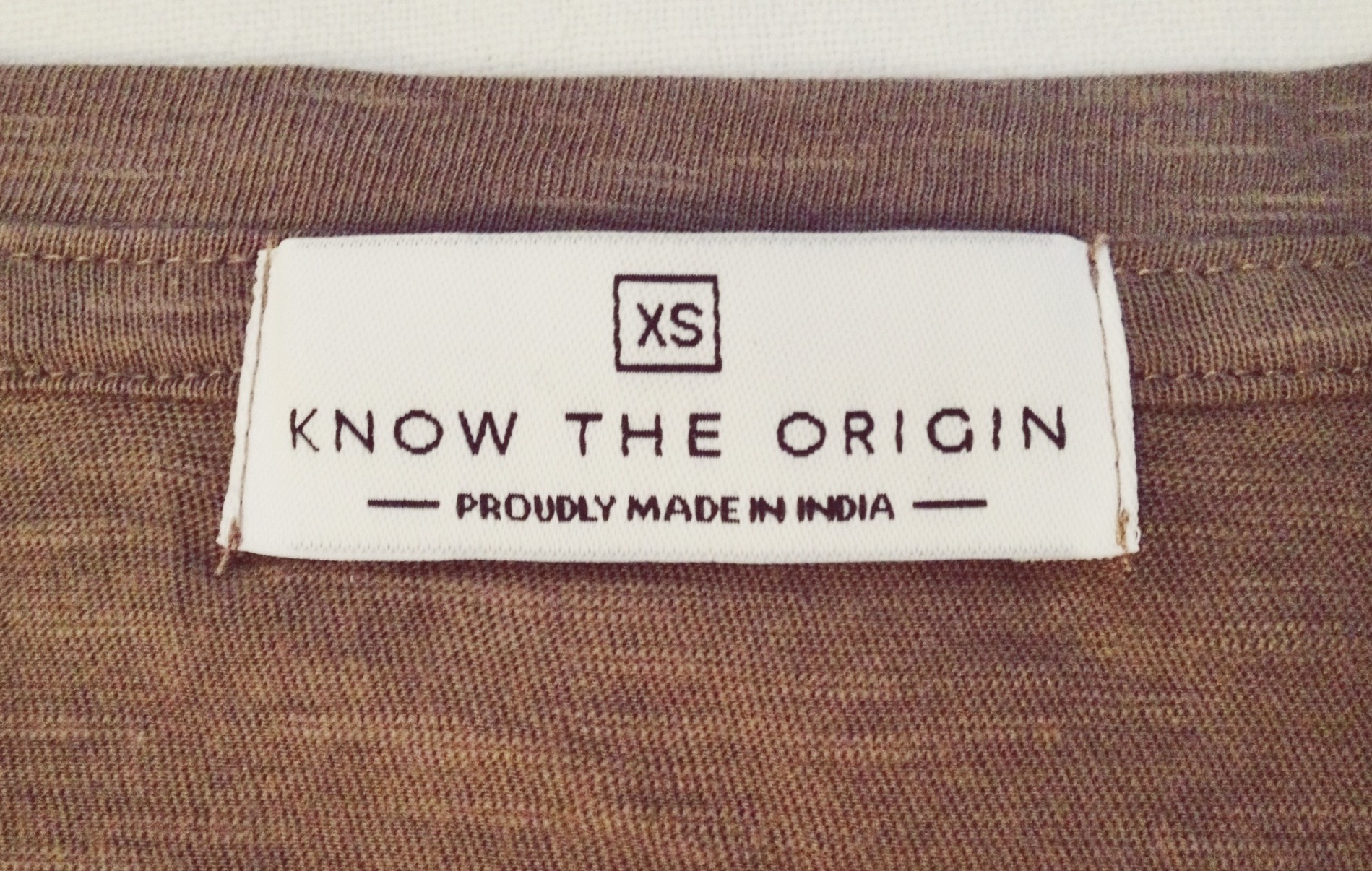 Some companies that have the Thred feminist seal of approval are Thought, People Tree, Know the Origin, and Armed Angels.

You can also follow campaigns working to improve conditions and empower workers in the global garment industry, like the UK’s Labour Behind the Label, the Clean Clothes Campaign, and the War on Want Campaign.