According to Greenpeace, more than half of the country’s discarded plastic is being dumped and burned abroad. Campaigners are calling for the government to take control of the problem.

Though the UK government claims to be a world leader in tackling plastic pollution, Greenpeace has just released a new short-film suggesting otherwise.

‘Wasteminster’ – as its aptly titled – draws attention to the UK government’s hypocritical approach to recycling and rubbish. The UK is the second largest producer of plastic in the world, yet dumps much of its recyclable waste in other countries that do not have the necessary infrastructure to adequately cope.

In fact, despite our best efforts to protect the environment, more than half of what British authorities say is being recycled is instead ending up overseas piled into mountains, burned, or left spilling into the ocean.

A staggering 1.8 million kilograms a day to be exact (equivalent to three-and-a-half Olympic swimming pools full), 40% of which is sent to Turkey alone in 241 truckloads every 24 hours.

Greenpeace worked with Park Village Studios to demonstrate what it would look like if those 1.8 million kilograms piled up on Boris Johnson’s doorstep, a visual metaphor that is as alarming as it is amusing. It does, however, help to get your head around the scale of the issue.

Emerging as Europe’s number one destination for offloading waste since China banned the import of plastic in 2017, UK exports to Turkey have increased from 12,000 to 209,642 tonnes in the last five years. To combat this, the Turkish government imposed a crackdown on plastic waste imports in January, to no avail.

Upon recently examining the surrounding areas of southern province Adana, Greenpeace found packaging from primarily UK supermarkets and retailers in fields, near rivers, on train tracks, and by the roadside.

In most cases, it had been incinerated. According to the investigation, a Covid-19 antigen test with a use-by date of August 2021 was among the items discovered, proving how recently the waste had been exported. 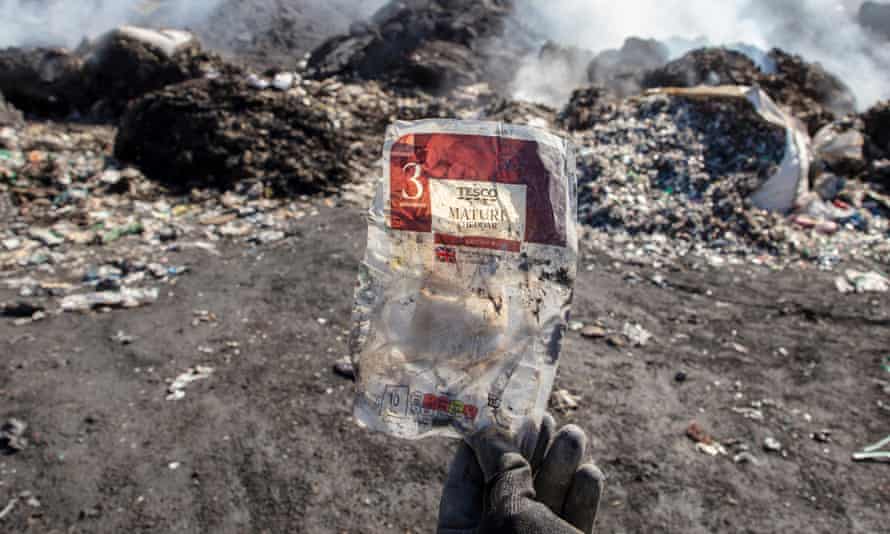 ‘As this new evidence shows, plastic waste coming from the UK to Turkey is an environmental threat, not an economic opportunity,’ says biodiversity projects lead at Greenpeace Mediterranean, Nihan Temiz Ataş.

‘Uncontrolled imports of plastic waste do nothing but increase the problems existing in Turkey’s own, overwhelmed recycling system, so we must stop dumping our plastic waste on other countries.’

Not only this, but Interpol has warned of an explosion in Malaysia’s illegal waste trade, where dumping from the UK is similarly rife. 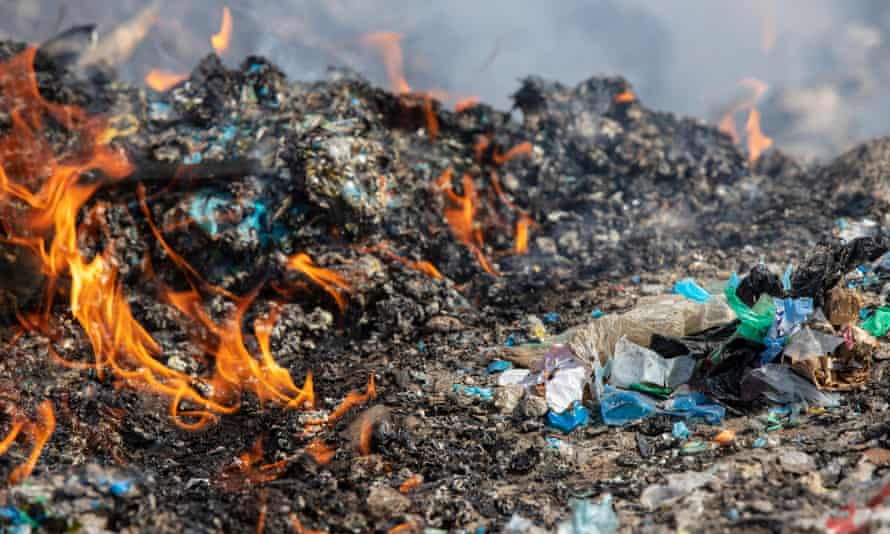 But why is this still so common? For many wealthy nations, sending recyclable waste overseas is financially cheap, reduces domestic landfill, and helps to meet eco-friendly targets.

On the back of this, Greenpeace has chosen to highlight the irony behind the UK government’s continued advertisement of itself as a pioneer of sustainable practices – particularly given that it’s actually illegal for authorities to send plastic waste abroad if it isn’t going to be recycled.

It’s for this reason that every line spoken throughout the animation is a direct quote from either Michael Gove or the Prime Minister himself, both of whom (regardless of the positive small steps they’ve taken to lessen the UK’s plastic production) have done very little in the way of genuine action.

Now, Greenpeace is urging the government to take control and enact the environment bill, using the powers within it to ban all plastic waste exports indefinitely. 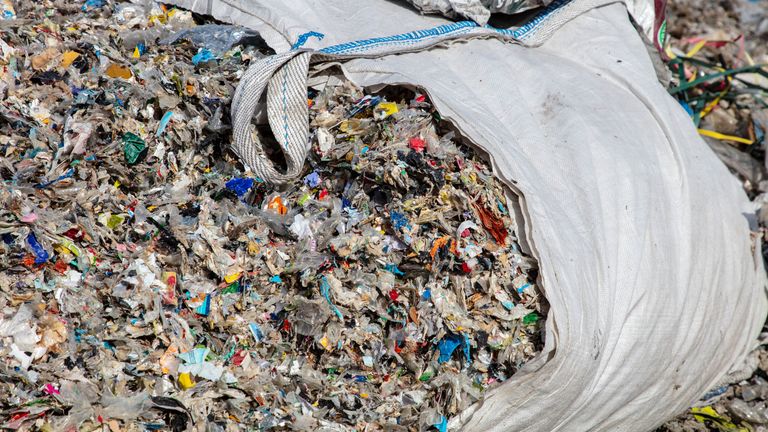 It wants to see an immediate ban on all plastic waste exports to countries that aren’t members of the Organisation for Economic Co-operation and Development, like Malaysia, and on mixed plastic waste to OECD countries like Turkey.

Nina Schrank, the charity’s senior plastics campaigner, says the heart of the problem is overproduction, and  believes the UK must cut single-use plastic production in half by 2025.

‘It’s shocking to know that that’s what happens to our recycling,’ she laments. ‘We’re calling on the government to set legally-binding targets on retailers, on supermarkets, to reduce the amount of single-use plastic by 50% by 2025.’

If you want to participate in pushing for this commitment and rest easy in the knowledge that your sustainability efforts aren’t completely futile, you can sign this petition to get involved.