In what rights groups are calling a ‘humanitarian time bomb,’ close to 5,000 Venezuelan refugees have been displaced by intense and continuing battles along the Colombian border.

Home to the largest oil reserves in the world and once the richest nation in South America, just two decades on Venezuela has ‘collapsed under the weight of its own corruption and the hollow promise of a socialist utopia,’ says Richard Emblin, editor of The City Paper Bogotá.

The country is now facing a humanitarian crisis unlike anything ever witnessed in the continent’s history, a result of uncontrollable inflation and the scarcity of goods.

‘This is the most severe and fastest-growing refugee migrant crisis in Latin American history,’ says EU ambassador to the UN, Walter Stevens. ‘There are estimates also that it could further increase if the situation does not change.’

Striving to escape widespread violence and economic turmoil, over 5.4 million Venezuelans who were able to leave have fled their failed state, leaving behind their homes and families in search of a better life across the border. 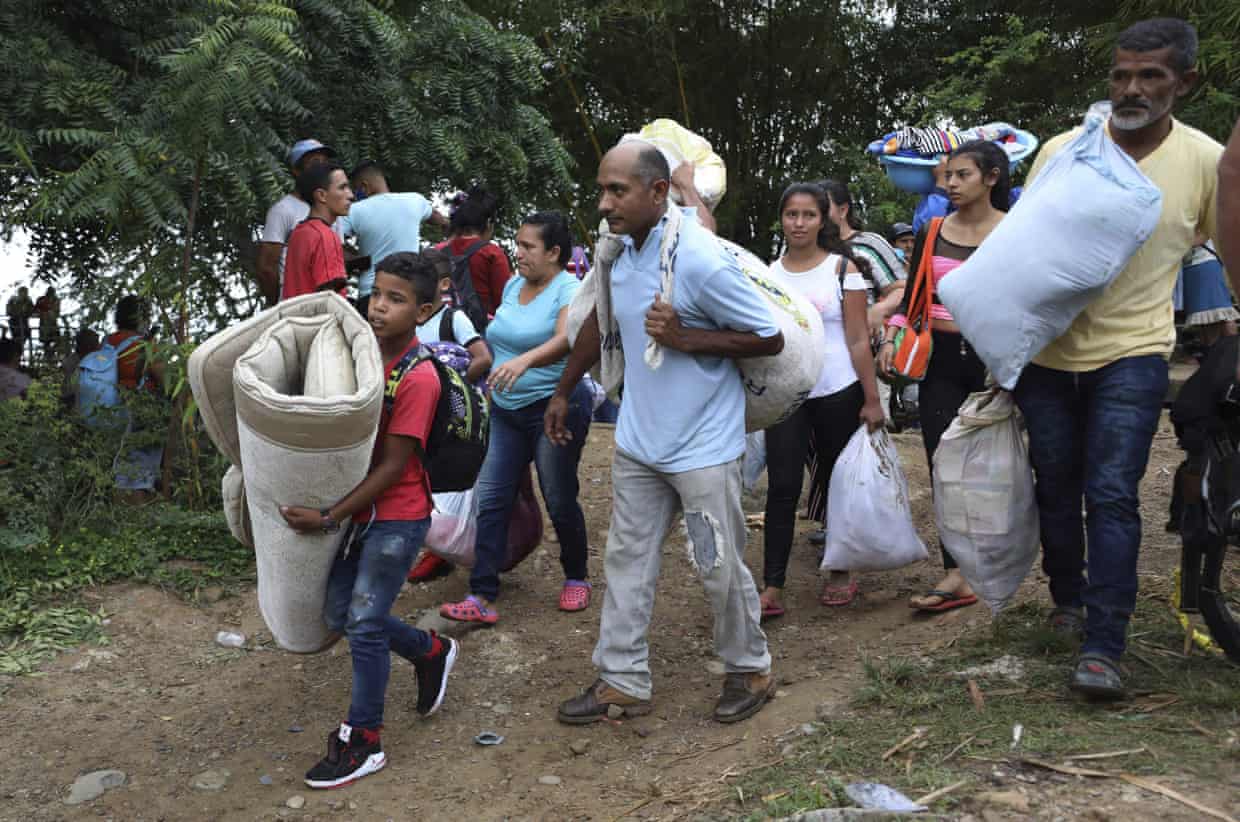 Unfortunately, this staggering figure was recorded prior to the pandemic, the likes of which has further exacerbated the already deplorable conditions for Venezuelan migrants.

In March 2020, following the implementation of harsh yet crucial restrictions to fight the outbreak, displacement soared on the back of limited access to health and sanitation, compounded by heightened levels of job insecurity, overcrowding, and precarious living environments.

A year later and the most recent blow is a clash between the Venezuelan military (FANB) and Colombian rebels which has displaced an additional 5,000 people.

These intense and continuing battles were launched by Venezuela’s socialist government on its borders against a group of remaining leftist fighters from the now defunct Armed Revolutionary Forces of Colombia (FARC). 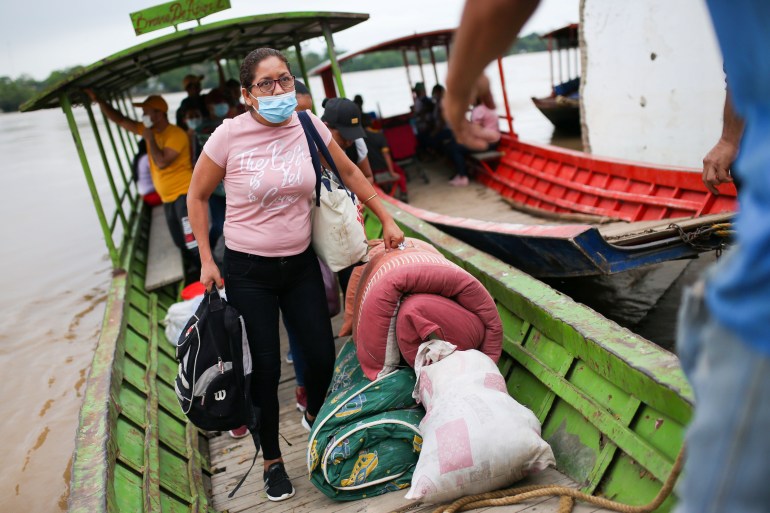 According to Vice, the region has long been a ‘hotspot in a simmering conflict between various armed groups and state actors from both countries,’ but this marks the first time Maduro has initiated such a direct attack against Colombian guerrilla gangs.

So far, six Colombian fighters have been killed and 39 taken into custody. Two Venezuelan soldiers have also died in the operation. Dubbed ‘Operation Bolivarian Shield,’ it’s reportedly unfolding due to a dispute over drug trafficking routes and has seen 3,000 Venezuelan soldiers deployed to the Apure state border, with explosions and firefights a daily occurrence.

‘This is the worst crisis I’ve seen in decades here,’ says a human rights worker. ‘Each day explosions rattle our windows and ceilings as more refugees arrive.

Non-profit organisations working in the area explain that while the civilian population has long lived among rebel groups and drug traffickers on either side of the border, they have never witnessed the large-scale terror of the last ten days. Many have gone missing amid the chaos.

‘Out of nowhere we were in the middle of a war zone,’ Venezuelan refugee Lizeth Iturrieta told The Guardian. ‘After a day of hiding at home in absolute silence, we ran for our lives to the boat to Colombia. We almost fell into the river in the panic.’

She also describes human rights abuses at the hands of FANB soldiers, including home break-ins and forced disappearances.

Many of those fleeing this newfound violence have arrived in the small Colombian riverside town of Arauquita, a place ill-equipped to receive them, with most currently sleeping in makeshift camps.

‘This is really a humanitarian time bomb for a place like Arauquita,’ adds the humanitarian worker. Dishevelled and desperate, they must now prepare for the long haul as the fight across the river shows little sign of winding down.

‘Authorities in Venezuela are telling us to come home, that the fighting has stopped, but we know that is a lie, we know it could go on for days or weeks or months,’ finishes Iturrieta. ‘We have absolutely no idea what will happen next, but at least we are alive.’

The reality of what is unfolding here is nothing short of abhorrent, but to bring a spark of hope to the situation, Colombia declared last month it would grant 10-year-protected status to some 1.7 million Venezuelans.

President Iván Duque is hopeful this measure will finally provide the country with the international help it has been calling for since 2015. The fighting however, shows no immediate signs of ceasing.