In an effort to tackle abuse, the UK government has announced it will ask police to record crimes of violence motivated by a person’s sex or gender ‘on an experimental basis’.

When Sarah Everard went missing on March 3, her story hit a deep nerve across the UK. In the days following her death, womxn online shared their own experiences with assault or abuse and a timely study was published revealing that almost all young womxn in the UK have been victims of sexual harassment, with most never reporting it.

This confirmed what many already knew: that public spaces are often unsafe, and that local authorities aren’t doing enough to protect people. Responding to the wave of outrage on social media, misogyny will now – temporarily – be treated as a hate crime in England and Wales.

The reason this isn’t yet permanent is because the UK’s Law Commission has said the designation wouldn’t guarantee greater effectiveness in bringing justice to offenders. Whether misogyny will remain a hate crime is not to be decided until a review at the end of the year.

🚨We did it! Government agrees in the House of Lords to ask police forces to treat misogyny as a hate crime from the autumn – now to make sure courts do in the sentencing bill ….bravo @fawcettsociety @citizens.uk @plan_uk @unwomenuk @centenaryactiongroup @jocoxfoundation ..1/3 pic.twitter.com/IKVwrI38Xn

The development comes after a lengthy campaign by activists and politicians as well as a week of protests lobbying for tougher legislation to protect womxn. What this means in practice is that police will, from autumn onwards, be ordered to officially record all incidents of violence they judge to have been ‘motivated by hostility based on a person’s sex or gender.’

This could apply to a whole range of crimes, including murder, sexual offences, stalking, domestic violence, and also harassment. Though seven UK police forces already implement this guidance – specifically in Nottinghamshire where it’s been in place since 2016 – 42 more have been instructed to follow suit.

It’s a major victory for campaigners who are welcoming the move as a ‘game-changer’ that will encourage womxn to report public harassment with more confidence because it’ll be treated as a serious crime. This will lead to better data of attacks against womxn, which can then be used in decision and law making, as well as tougher sentences for perpetrators. Last night, in a victory for campaigners and women, the Government agreed in the House of Lords to ask police forces to treat misogyny as a hate crime.

Watch @aliciakennedy07's speech outlining the “epidemic of violence” against women and girls and the need for this action. pic.twitter.com/8Na4XPd1kd

‘I’m delighted that the government has listened to this cross-party and grassroots campaign to make misogyny a hate crime and is now taking the first steps towards making it happen,’ said MP Stella Creasy in a statement.

‘It should give all women confidence that if they come forward to report crimes they will be taken seriously, too.’

However, despite the predominantly positive reaction from campaigners, some are arguing that there needs to be reforms within the criminal justice system first, using the decline and lack of rape convictions – regardless of increasing allegations – as one example. 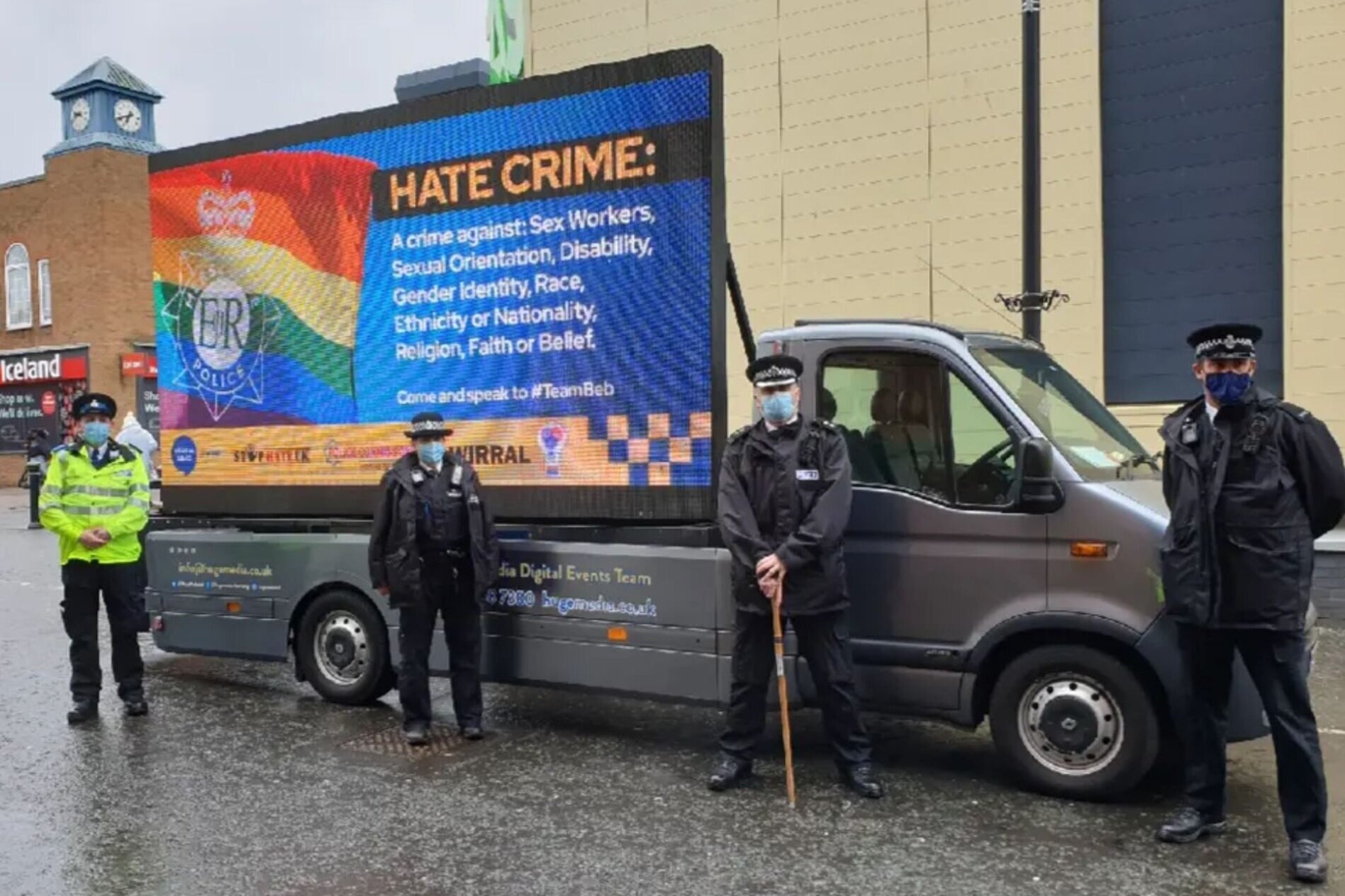 ‘Convictions, fines, and imprisonment do nothing to hold those who commit hate crimes accountable, to understand the trauma they cause, or why their actions are harmful,’ says a spokesperson from Abolitionist Futures.

‘Hate crime law asks communities who already have a problematic relationship with the police to engage with the police to get recognition, when instead we could be building more effective support systems – away from an institution many don’t want to approach.’

But Creasy stresses that the power of this development lies in the positive effect it will have on tracking and recording misogynistic hate crimes so patterns can be identified, and perpetrators held accountable before they have a chance to commit more serious crimes.