According to Oxfam, it could take over a decade for the world’s poorest to recover from Covid-19’s impact on the economy unless governments take immediate action.

It could take the world’s poorest over ten years to recover financially from the economic fallout of the ongoing Covid-19 pandemic, according to a new report published by Oxfam International.

The anti-poverty organisation is urging governments to act fast and ‘set concrete, time-bound targets to reduce inequality’ amidst the ‘greatest rise in inequality since records began.’

Most alarmingly, while the number of people living in poverty has doubled to more than 500 million since last March, the combined wealth of society’s richest has grown by $3.9tn – helped by a rebound in stock markets – as revealed by the UK-based charity.

To put this into perspective, the incomprehensible total of their wealth (which now stands at $11.95tn) is equivalent to the amount that governments in the largest 20 developed and developing nations (G20) have spent in response to the Coronavirus crisis.

Oxfam also uncovered that the recession is already over for the world’s top 1,000 billionaires who were able to recoup their losses in just nine months following the initial outbreak. 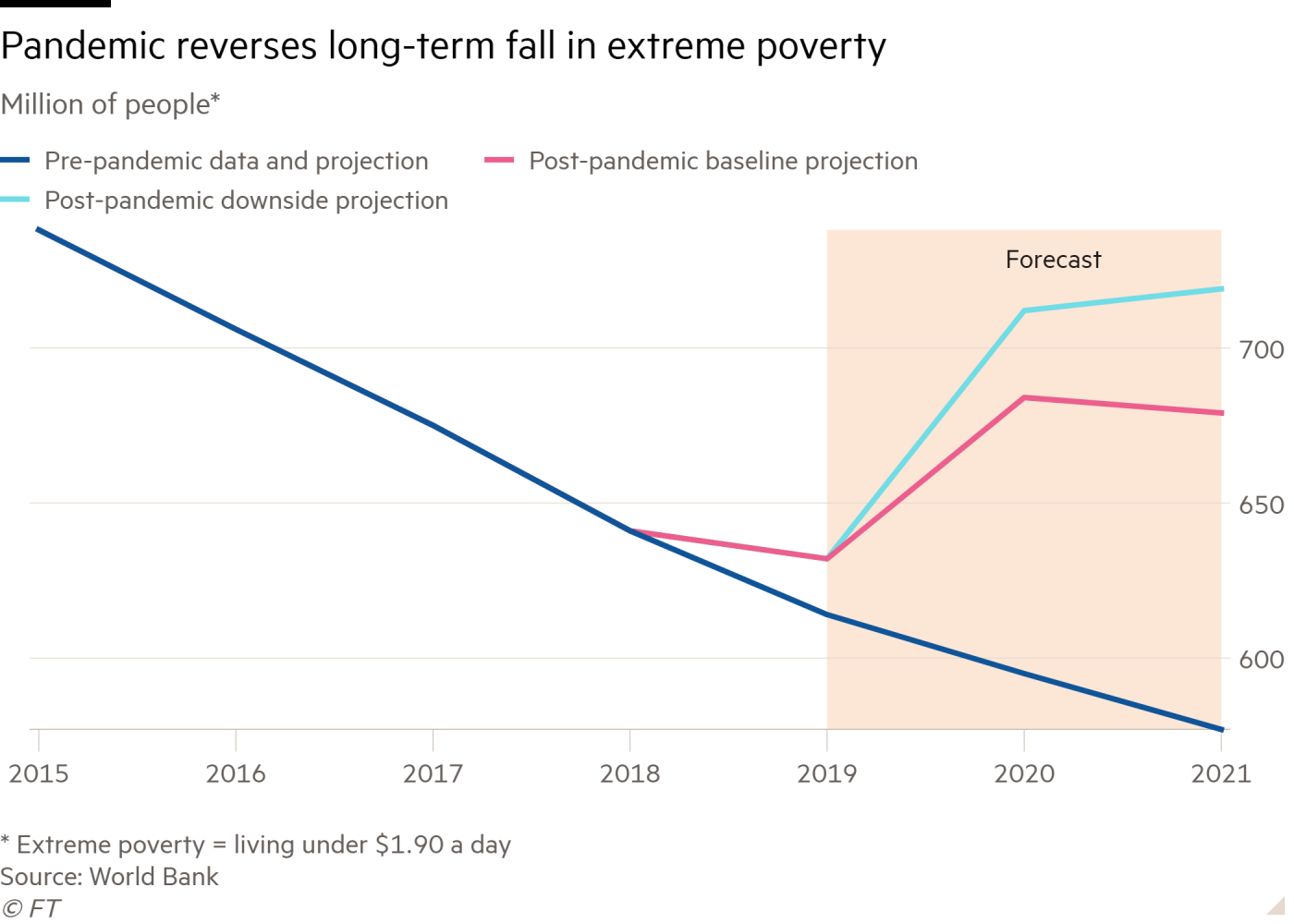 In contrast, the ‘shock’ of the millions who lost their jobs that are currently facing destitution and hunger is set to reverse the decline in global poverty that’s been achieved since the turn of the century, further widening the chasm between rich and poor.

‘The increase in the fortunes of those at the top of the economic ladder, alongside the significant negative impacts on those at the bottom, is driving up economic inequality,’ explains the brief, which draws upon data from a survey of 295 economists from around the globe to support its findings.

With a staggering amount of these billionaires holding ‘more wealth than they could spend in a thousand lifetimes’ far before the pandemic even began, it’s especially concerning for historically marginalised groups including BIPOC communities, indigenous peoples, and women going forward.

This has prompted calls for authorities to address the highly disproportionate impact of Coronavirus and the manner in which it has deepened long-standing systemic inequalities across race, gender, class, and ability. Jeff Bezos is now worth $200 billion Millionaires are demanding to be taxed more 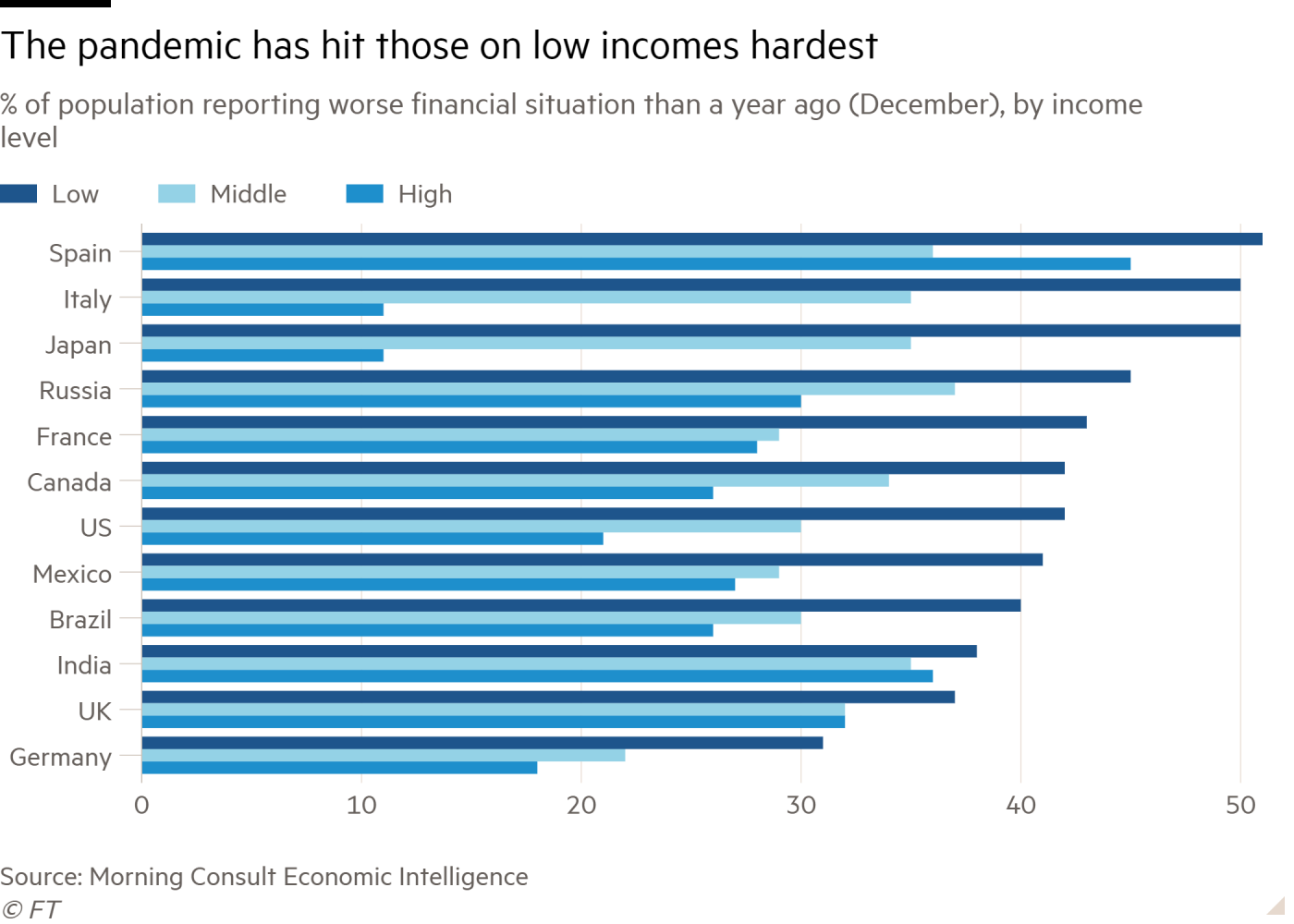 Deeming the divide as deadly as the virus, Oxfam stresses the importance of placing the fight against inequality at the heart of economic rescue and recovery efforts post-pandemic.

The charity believes that governments should strive to create a fairer world by investing in free quality public services and social protection to support everyone, from ‘cradle to grave,’ ensuring ‘fair levels of taxation’ among profitable corporations and the ultra-rich in order to draw revenue.

Though a boom in inequality is relatively certain, the extent of that increase and how quickly it can be reversed depends on what action is taken from this point onwards.

Fortunately, if governments act to reduce inequality by two percentage points annually, the world could return to pre-crisis levels of poverty within three years. It’s yet to be seen, however, which route they will take, but Oxfam is optimistic.

‘We cannot return to the brutal, unequal and unsustainable world that the coronavirus found us in,’ finishes the brief. ‘Humanity has incredible talent, huge wealth and infinite imagination. We must put these assets to work to create a more equal and sustainable economy that benefits all, not just the privileged few.’