‘Regenerative agriculture is a powerful movement in fashion that I think is going to catch fire,’ says Oliver English. English is the CEO of Common Table Creative (CTC), a production company with the primary goal of exposing the unsustainable nature of our relationship with the planet, both in fashion and in food, the two inexorably linked.

Fuelled by the knowledge that we can no longer take from the earth without giving back, regenerative agriculture involves farming practices that reverse climate change by rebuilding organic soil matter, rebuilding ecosystems, and restoring degraded soil biodiversity.

It’s the CTC film Committed to Sustainability that introduced me to this concept, in which the start-up interviews eco-friendly clothing brand Christy Dawn on the idea that fashion doesn’t have to be quite so harmful for the environment. ‘The fashion industry needs a lot of help right now,’ opens the short, narrated by founder and designer herself, Christy Dawn. ‘They’re doing things the quick and easy way and it’s hurting our people and it’s hurting our planet.’

In a conversation with Vogue before the Coronavirus outbreak, Aras Baskauskas, CEO of Christy Dawn, introduced the regenerative agriculture movement which has the potential to change the fashion industry – and the world along with it – for good. ‘We don’t need to be sustainable,’ says Baskauskas. ‘We need to be regenerative.’

This is particularly revolutionary for fashion, an industry renowned for its one-sided relationship with the planet and prominent role in damaging ecosystems. Even as major brands and independent designers reaffirm their sustainability commitments during the pandemic, it’s simply not enough anymore to be ‘less bad’ and the shift towards being part of the solution is what will truly make a difference.

Until now, ‘business sustainability’ has, for the most part, meant using less energy or water and cutting back on pollution. Making products that tangibly benefit the environment and give back to the planet, however, is a real game changer. ‘It’s very dramatic to find something that doesn’t just mitigate or reduce the impact of a problem,’ says Baskauskas. ‘But that actually does something good.’

Interestingly, although regeneration is often understood in the context of food and agriculture, many believe that fashion is where the movement will hit the mainstream. In fact, the industry is arguably more prepared to lead the conversation given its more permanent nature because, as Baskauskas rightly says: ‘you don’t know what I ate for breakfast, but you know what I’m wearing.’ 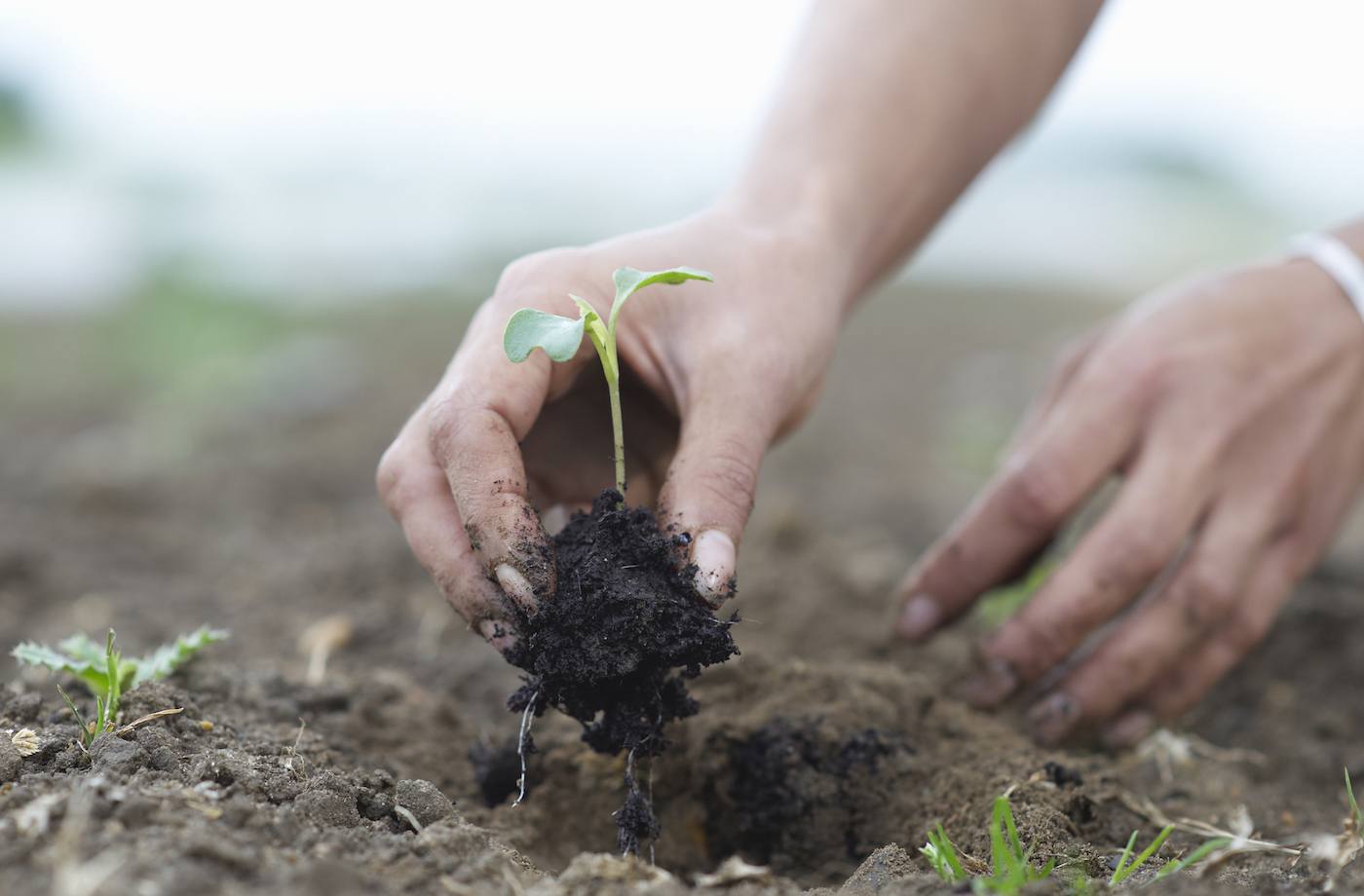 So, how exactly does it work?

As well as avoiding the use of chemicals, ‘regenerative ag’ (the buzzword that’s currently making the rounds in fashion’s sustainability conversation) actively replenishes and strengthens the soil, plants, and general area surrounding it. The complete opposite of a ‘conventional’ farm which uses hundreds of acres of land for a single crop and conventional methods of cultivation such as pesticides and deep tilling, its sole aim is to make a positive impact. To revive the earth, in this case, through the process of growing fibres – primarily but not limited to cotton – and making clothes.

For too long, humans have been releasing disproportionate levels of carbon into the atmosphere and modern-day farming practices have resulted in huge areas of barren land that simply cannot absorb the element. By strategically planting various different crops in one place that help each other grow and flourish, regenerative agriculture is mimicking what nature does already. ‘You never see just one crop in nature, you see a vast diversity,’ says Baskauskas. ‘There’s a reason for that.’ At its core, the movement is striving to repair the issue of global warming by allowing the earth to return to its natural, abundant state and, although it sounds complicated and scientific, it’s radically simple and absolutely doable. 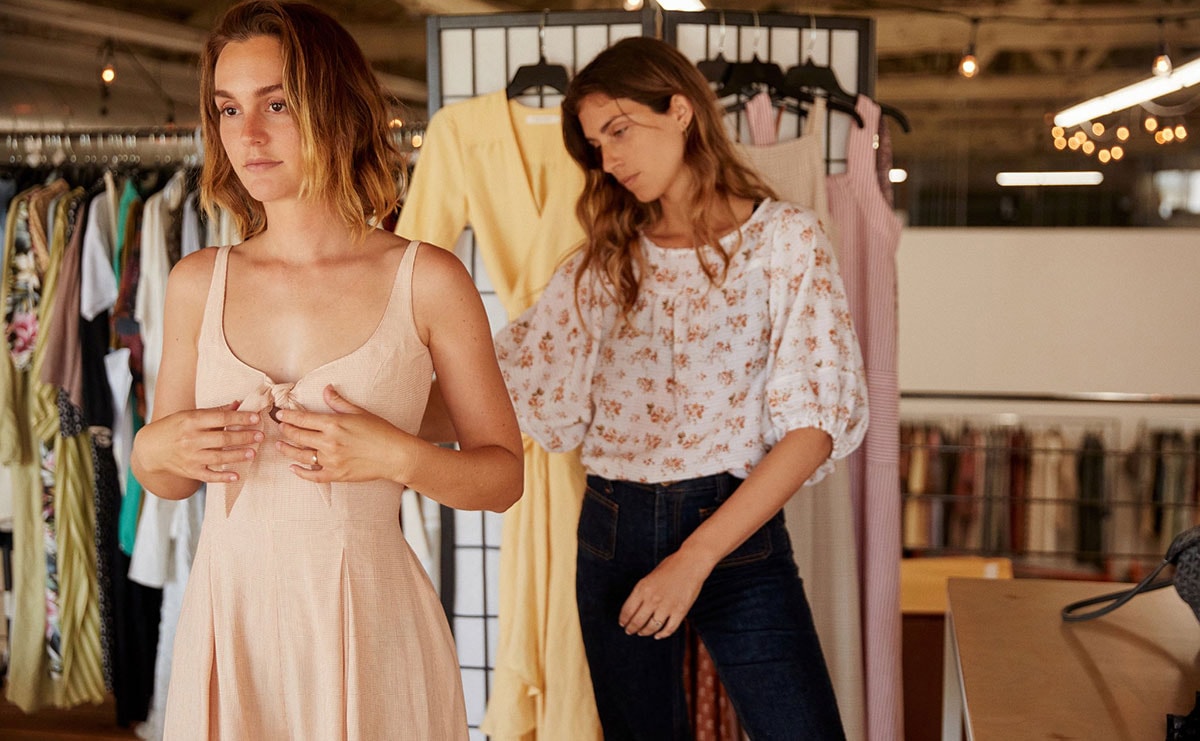 From the perspective of the fashion industry, regenerative agriculture is fascinating. What remains unclear, however, is how willing it will be to get on board with the initiative. Whilst fashion seems to be making a conscious effort to fix the mistakes it’s made, it has – generally – been extremely late to the game, fast fashion only recently seeing its demise. Given that the conversation surrounding regenerative agriculture has only recently begun to take centre stage, I spoke with English to gain a better understanding on what he believes the industry’s future holds.

‘I think it’s going to start slow, and then it’s going to ramp up, and then they’re going to have no choice but to change,’ he says regarding the luxury labels and designers who may be reluctant to embrace new forms of production instead of already established methods.

‘Because they are recognising that realities on the ground are shifting – particularly consumer demand – there will eventually be a ‘tipping point’ when brands cannot *not* change.’ This tipping point English refers to will place progressive members of the fashion industry at the forefront of the movement, those responding to the urgent call for change like Christy Dawn.

‘Since we do a lot of work in this field and tell stories about farmers’ experiences, we were approached by Christy Dawn who had the idea to start growing their own cotton regeneratively. What I love so much about working with them is that their whole vision from the beginning has been about inspiring change throughout the entire system.’ On a mission to provide the fashion industry as a whole with a blueprint for the future of sustainable fibre production, CTC is shining a light on companies like Christy Dawn, creating awareness about how successful the movement can really be.

But independent brands are one thing. Major conglomerates are another entirely. Despite the fact that younger generations are incredibly willing these days to pay more for something they know has been sourced well, it’s the bigger names in fashion that don’t appear to be making as much of an effort. English expresses a wish that everyone would be a righteous environmentalist, but with so many people still ‘hardcore capitalists’ as he puts it, the shift won’t happen overnight. ‘Not that capitalism is bad, per se, but when it is unleashed without any concern for the environmental, social or human impact – it can be dangerous, as we have seen,’ he adds.

There’s no denying that, for a long time now, the fashion industry in general has certainly taken into account that to stay relevant and to meet consumer demand it must get on board with environmental practices such as regenerative agriculture. English does believe that fashion will follow in the food industry’s footsteps, but with smaller, independent brands leading the way. ‘They are where a lot of the ‘cool’ comes from,’ he says. ‘It’s them that’ll help ignite this shift in cultural awareness.’

For the rest of the industry, the pandemic has acted as a much-needed reset period, confronting the toxic mentality that we must be producing as many clothes as we can for as little cost, without viewing the environment as part of the equation. ‘The pandemic has ripped off the emperor’s clothes, and even the bigger brands have announced they’re only going to do one fashion cycle a year,’ says English. ‘In addition to affecting the global food supply, Coronavirus has massively disrupted fashion.’

Fashion’s hype obsession has been the topic of much controversy over the last decade and it’s finally come to a head, opening the door to new possibilities like regenerative agriculture. Brands will, of course, have to take risks and consumers will need to be educated further, but with companies such as CTC forcing us to really think about the future of our planet there’s just no avoiding the conversation a moment longer.

‘It may look like a steep hurdle right now, but we just shut the whole world down voluntarily,’ says Baskauskas. ‘I think we can figure this out.’