In a terrifying yet inevitable repeat of history, there are currently just shy of 30,000 individual fires burning in the Amazon as of late August. Though Brazilian President Jair Bolsonaro issued a 120-day ban on planned fires in mid-July, the government has been lacklustre in enforcing the legislation. Satellite images now paint an eerily reminiscent picture of 2019’s environmental disaster, which saw almost 3,000 square kilometres of forest go up in flames.

Under pressure from international investors to avoid the negative scrutiny last year brought Bolsonaro’s far-right government, the administration went on the offensive, issuing a ban on all planned fires this summer and mobilising the military. However, satellite images gathered by Brazil’s own space agency, INPE, show that this has largely been ignored. 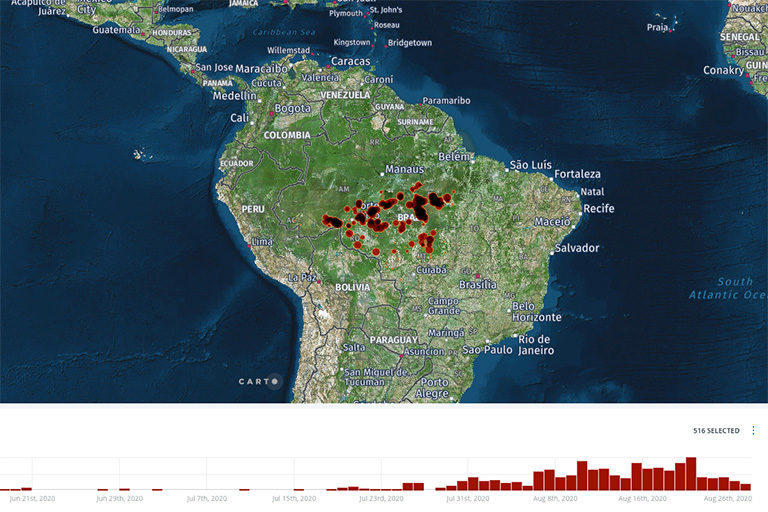 In August, INPE detected more than 7,600 fires in Amazonas – one of the nine states of the Amazon – which is the highest number since 1998 and nearly 1,000 more than last year in this region. Overall, despite the government’s low-grade ‘efforts’ (some say the military’s presence in the region has made the situation worse) there’s only been an 8% reduction in bushfires from the 2019 season – a season that saw celebrities and world leaders from Leonardo DiCaprio and Emmanuel Macron condemn Bolsonaro’s treatment of the Amazon.

‘This is without doubt the worst moment in more than 30 years that we are facing in Brazil. And unfortunately it was entirely expected because the president was elected thanks to his anti-environment rhetoric,’ Carlos Rittl, a Brazilian environmentalist, told The Guardian.

Rainforest destruction has been raging since the coronavirus pandemic prevented already hollowed out environmental agencies from patrolling the region. Illegal loggers, land grabbers, and illegal miners are operating more than usual, safe in the knowledge that government inspections are all but non-existent. 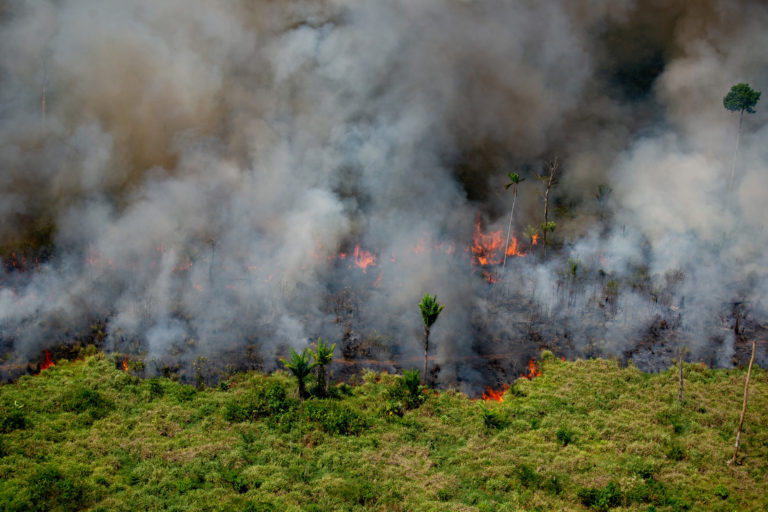 Ibama, the Brazilian Institute of the Environment and Renewable Natural Resources, says that its operations are completely paralysed. The organisation, already managing years of harsh budget cuts, is trying to patrol the entire Amazon with only six helicopters.

‘There has been a flagrant increase in illegal mining and logging activities in the last two years’ says an official from environmental NGO Instituto Kabu. ‘The lack of inspection operations by Ibama and the federal police… has ended up encouraging environmental crimes in indigenous territories.’

This illegal deforestation goes hand in hand with the steep rise of big agriculture in Brazil. More than two-thirds of the fire hotspots are in the state of Para, which accounts for 19% of the nation’s cattle production. 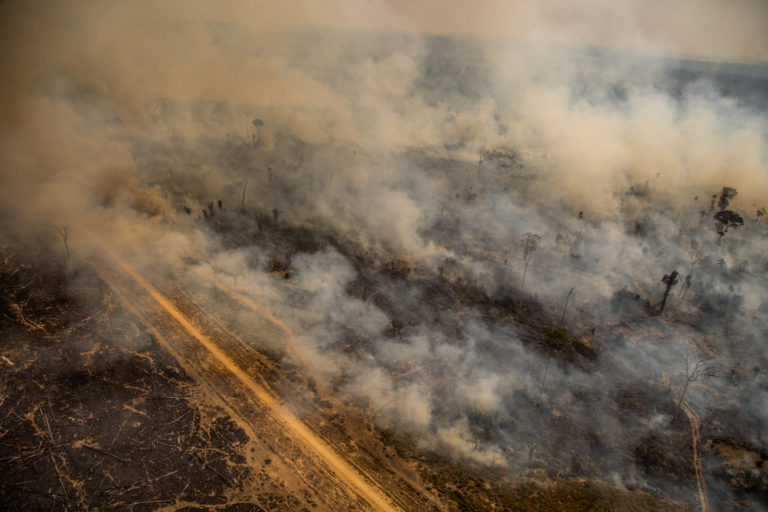 Industry muscle are criminally logging our planet’s lungs, however it’s clear to the international community that the real criminals are Bolsonaro’s government. His administration has prioritised rolling back environmental protections, curbing enforcement of laws intended to protect forests, and encouraging logging, mining, and industrial agricultural expansion.

Now, as the smoke from these devastating fires ravages communities already wracked by coronavirus (another bungled crisis by Bolsonaro) Brazil is becoming the global hotspot for environmental degradation.

As Rittle puts it, ‘the feeling is one of desolation. A tiny number of people grow very rich with this – and all of us lose.’